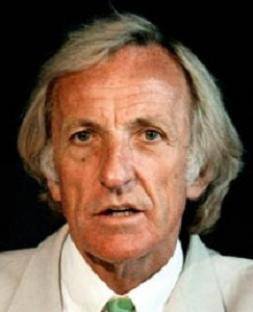 Journalist and documentary filmmaker John Pilger.
With All Respect, John Pilger Is Wrong
By Tom Hayden

John Pilger’s “Continuing the Tradition – Obama is a Hawk” was recently published in the British Economist and circulated widely. (See Pilger’s article on The Rag Blog.) It oppossed those urging a vote for Obama.

John Pilger is one of my favorite critics in the world, but he’s very wrong on Barack Obama. Not all wrong, though.

Take Robert Kennedy. Pilger says RFK, like Obama, was “a senator with no achievements to his name.” What? He was US Attorney General during the Freedom Rides; after a token start, he became an important supporter of the Student Nonviolent Coordinating Committee.. He initiated the community action programs that briefly offered hope until the Democratic establishment smothered them. His backdoor diplomacy defused the Cuban missile crisis. He raised hopes in South Africa through a controversial visit. We can disagree with these gestures, in whole or part, but to say RFK had “no achievements” is foolish by far.

Neither is it accurate to assert that Kennedy “continued to support [Vietnam] in private.” What is true is that he was ambivalent in private and public, but determined to reverse a policy that was sinking 500,000 troops in a quagmire. At worst, as president he would have embarked on a gradual de-escalation combined with diplomacy. Pilger’s clear implication is that Kennedy was faking his opposition to Vietnam to seduce the anti-war vote.

Pilger says Kennedy’s motive was to rescue the Democrats from the “threat of real change.” And so he visited Indian reservations, Appalachian hollows, hunger-striking California farmworkers, and the streets of Watts in a deceptive campaign filled with “vacuities.”

To believe this narrative is to deny the living examples of Ted Kennedy, Ethel Kennedy, Bobby Kennedy, junior, and the leaders of black and latino communities who apparently continue the delusion of living out this pattern of “politricks” decade after decade.

Could Bobby Kennedy have been more antiwar? Yes? Was he too hopeful about the remedies to Bedford-Stuyvesant? Yes. But that doesn’t make him a vacuous politician peddling false hope. He would have appointed hundreds of progressives to civil rights, anti-trust, and anti-poverty offices, and been at least responsive to the winds of change which he himself helped to stimulate. For Pilger, it apparently wouldn’t matter if Kennedy, Humphrey or Nixon were president.

Now to Obama. It’s plain crazy to argue that Obama and John McCain are “almost united” on Iraq. It is a truism of politics that rival candidates tend toward the center to win uncommitted votes. That doesn’t obscure the obvious, that their differences on the Iraq war are wide and deep. Further, Pilger sees no differences between the two on domestic issues either. Why? Because Obama takes Wall Street money, apparently eclipsing the unprecedented sums his campaign has raised online.

For Pilger, tens of millions of Americans who either love or hate Obama are victims of mass manipulation, since Obama is neither their savior or enemy, but only another politician “exploiting the electoral power of delusion”…and so on.

Sorry for the unintended sarcasm, but there is an alternative to sitting on the sidelines waiting for people to wake up from their electoral fantasies.

It’s a network for people who strongly support Obama, or Obama’s movement [myself], or who think Obama is the “best option”, or who simply want to stop McCain and the neo-conservative renaissance. Or people who believe it important to be engaged in mass movements.

We disagree on certain fundamentals with Obama, which is why we are independent of his campaign. We agree that his anti-war proposal will leave tens of thousands of Americans trying to carry out counterinsurgency in Iraq. We believe diplomacy, not escalation, is the best approach to Iran and Afghanistan. We believe deep revisions must be made to NAFTA, CAFTA, FTAA and WTO. Those policies must be reversed by the power of social movements, public opinion and the election of a more progressive Congress.

But we believe that Obama’s core constituency is a progressive one, and the new voters he excites will be progressive political activists for years to come. We believe that certain presidential appointments matter to the progressive movement, such as the US Supreme Court, the civil rights division of the Justice Department, labor standards enforcers, appointments to the Federal Communications Commission, and the head of the Environmental Protection Agency. And more.

As far as I know, none of us believe that a new president is a substitute for the education, organizing and movement-building that is the primary force in progressive social change. But experience teaches that who is president matters. And this is a major point of difference with Pilger, whose belief is that [a] an Obama victory will be “liberalism’s last fling”, and [b] that if Obama wins, “domestic resistance to rapacious America will fall silent.”

It’s also possible that an Obama defeat will accelerate domestic resistance, based on a larger, angrier constituency than ever before, and they won’t be followers of those who sat by dismissing the Obama campaign. On the other hand, a November Obama victory, like the Obama primary victory, will energize a spirit that will lead to a new progressive cycle of organizing and movement building and trigger expectations that will surprise the new president.