Tom Hayden : Time to Strip Off the Obama Sticker 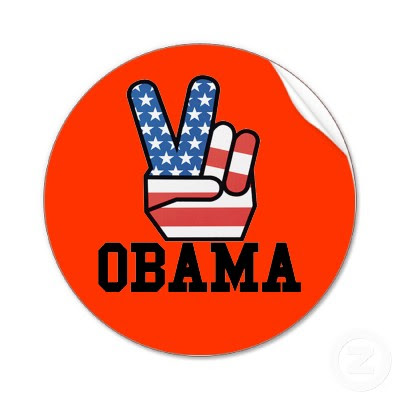 Image from Zazzle.com.
Obama’s Afghanistan escalation:
Latest in a string of disappointments

I’ll support Obama down the road against Sarah Palin, Lou Dobbs or any of the pitchfork carriers for the pre-Obama era. But no bumper sticker until the withdrawal strategy is fully carried out.

It’s time to strip the Obama sticker off my car.

Obama’s escalation in Afghanistan is the last in a string of disappointments. His flip-flopping acceptance of the military coup in Honduras has squandered the trust of Latin America. His Wall Street bailout leaves the poor, the unemployed, minorities, and college students on their own. And now comes the Afghanistan-Pakistan decision to escalate the stalemate, which risks his domestic agenda, his Democratic base, and possibly even his presidency.

We’ll see. To be clear: I’ll support Obama down the road against Sarah Palin, Lou Dobbs or any of the pitchfork carriers for the pre-Obama era. But no bumper sticker until the withdrawal strategy is fully carried out.

But for now, the fight is on.

This is not like the previous conflict with Bush and Cheney, who were easy to ridicule. Now this orphan of a war has a persuasive advocate, a formidable debater who will be arguing for support from the liberal center — one who wants to win back his Democratic base.

The anti-war movement will have to solidify support from the two-thirds of Democratic voters who so far question this war. Continuing analysis from The Nation and Robert Greenwald’s videos have a major role to play. Public opinion will have to become a growing factor in the mind of Congress, where Rep. Jim McGovern’s resolution favoring an exit strategy has 100 co-sponsors and Rep. Barbara Lee’s tougher bill to prevent funding for escalation is now at 23.

Key political questions in the immediate future are whether Rep. David Obey, chair of the House Appropriations Committee, will oppose Afghanistan funding without a surtax or is only bluffing, and whether Sen. Russ Feingold will step up with legislation for a withdrawal timetable.

Beyond public persuasion and pressuring Congress, activists are sure to be hitting the streets and precincts in the year ahead. The anti-war movement has a certain leverage based on the current doubt in the minds of voters and policy experts, and the potential dissent from within the Obama base. Democratic turnout increased 2.6 percent in 2008 over 2004, while Republican votes dropped by 1.3 percent. Twenty-two million more young people voted in 2008 than in 2004. The unprecedented energies of those young people who volunteered their time, money and hope could drain away by 2012, if not sooner.

In addition, the peace movement will be globalizing its reach as Obama seeks to extract more troop concessions from wary NATO countries. Opposition is particularly strong in the United Kingdom, Canada, Germany and France. When Obama accepts the Nobel Prize in Oslo on December 10, he may address as many as 10,000 protesters.

Adding 30,000 to 35,000 U.S. troops will raise the U.S. death toll by over 1,000 by 2011 on Obama’s watch, in addition to the 750 who died under Bush. The numbers of U.S. wounded are rising faster than ever, with 300 counted in the past three months. Civilian casualties are under-reported according to the UN mission in Afghanistan. The budgetary costs are growing to $75 billion annually, and this could become another trillion-dollar war.

The albatross of the Karzai government will threaten any plans to rapidly expand the Afghan army and police, themselves divided along sectarian lines. In 2005, the Kabul regime ranked 117th on the list compiled by Transparency International; by this year it was 176th.

There are alternatives. There is evidence that the Taliban in Afghanistan are seeking a peace settlement without havens for Al Qaeda. There also is an October 11 statement by Gulbaddin Hekmatyer of Hezb-I-Islam Afghanistan, a mujahadeen leader and former prime minister in the 1990s, once funded by the CIA. Never reported in the US media, the letter proposes an honorable exit strategy, including

But instead of pursuing an Afghan-based political settlement without havens for Al Qaeda, the U.S. strategy is to pursue the same goal through more bloodshed, leaving Afghanistan somewhere between the Stone Age and ashes. What is obsessive about this approach is the fact that there is no longer an Al Qaeda haven in Afghanistan, which means the U.S. troops are fighting Afghan insurgents in their own country. But if your primary tool is a hammer, as the saying goes, all problems appear to be nails.

The war clearly is shifting to Pakistan, a far more clandestine and dangerous conflict fought by American secret operatives on the ground and drones from the sky. The targets are twofold: (1) to eliminate the Afghan Taliban from their enclave in Quetta instead of negotiating with them, and (2) using U.S. advisors and drones to push Pakistan’s army into a war against Pakistan’s homegrown Taliban and other insurgents now in the tribal areas, impoverished and unrepresented in Pakistan’s institutions.

This approach so far has caused a sharp expansion of violent attacks and suicide bombings across the region. The fear of a destabilized Pakistan with scores of nuclear weapons may lead Obama’s advisors to soon present the president with a more apocalyptic scenario than anything so far, if they have not already.

[Tom Hayden, a former California state senator, was a leader in the Sixties New Left and was a founder of Progressives for Obama. He is the author, most recently, of The Long Sixties: From 1960 to Barack Obama (Paradigm).]

14 Responses to Tom Hayden : Time to Strip Off the Obama Sticker