Travelers’ Laptops May Be Detained At Border 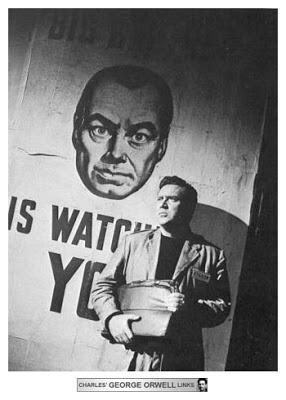 Federal agents may take a traveler’s laptop computer or other electronic device to an off-site location for an unspecified period of time without any suspicion of wrongdoing, as part of border search policies the Department of Homeland Security recently disclosed.

Also, officials may share copies of the laptop’s contents with other agencies and private entities for language translation, data decryption or other reasons, according to the policies, dated July 16 and issued by two DHS agencies, U.S. Customs and Border Protection and U.S. Immigration and Customs Enforcement.

“The policies . . . are truly alarming,” said Sen. Russell Feingold (D-Wis.), who is probing the government’s border search practices. He said he intends to introduce legislation soon that would require reasonable suspicion for border searches, as well as prohibit profiling on race, religion or national origin.

DHS officials said the newly disclosed policies — which apply to anyone entering the country, including U.S. citizens — are reasonable and necessary to prevent terrorism. Officials said such procedures have long been in place but were disclosed last month because of public interest in the matter.

Civil liberties and business travel groups have pressed the government to disclose its procedures as an increasing number of international travelers have reported that their laptops, cellphones and other digital devices had been taken — for months, in at least one case — and their contents examined.

The policies state that officers may “detain” laptops “for a reasonable period of time” to “review and analyze information.” This may take place “absent individualized suspicion.”

The policies cover “any device capable of storing information in digital or analog form,” including hard drives, flash drives, cellphones, iPods, pagers, beepers, and video and audio tapes. They also cover “all papers and other written documentation,” including books, pamphlets and “written materials commonly referred to as ‘pocket trash’ or ‘pocket litter.’ “

Reasonable measures must be taken to protect business information and attorney-client privileged material, the policies say, but there is no specific mention of the handling of personal data such as medical and financial records.

When a review is completed and no probable cause exists to keep the information, any copies of the data must be destroyed. Copies sent to non-federal entities must be returned to DHS. But the documents specify that there is no limitation on authorities keeping written notes or reports about the materials.

“They’re saying they can rifle through all the information in a traveler’s laptop without having a smidgen of evidence that the traveler is breaking the law,” said Greg Nojeim, senior counsel at the Center for Democracy and Technology. Notably, he said, the policies “don’t establish any criteria for whose computer can be searched.”

Customs Deputy Commissioner Jayson P. Ahern said the efforts “do not infringe on Americans’ privacy.” In a statement submitted to Feingold for a June hearing on the issue, he noted that the executive branch has long had “plenary authority to conduct routine searches and seizures at the border without probable cause or a warrant” to prevent drugs and other contraband from entering the country.

Homeland Security Secretary Michael Chertoff wrote in an opinion piece published last month in USA Today that “the most dangerous contraband is often contained in laptop computers or other electronic devices.” Searches have uncovered “violent jihadist materials” as well as images of child pornography, he wrote.

With about 400 million travelers entering the country each year, “as a practical matter, travelers only go to secondary [for a more thorough examination] when there is some level of suspicion,” Chertoff wrote. “Yet legislation locking in a particular standard for searches would have a dangerous, chilling effect as officers’ often split-second assessments are second-guessed.”

In April, the U.S. Court of Appeals for the 9th Circuit in San Francisco upheld the government’s power to conduct searches of an international traveler’s laptop without suspicion of wrongdoing. The Customs policy can be viewed here..