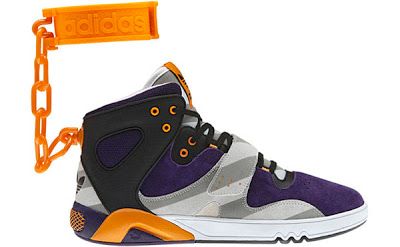 What was Adidas thinking
with its Shackle Shoes?

It’s hard to imagine a shoe company coming up with a worse idea than this.

Adidas is notorious for pushing the envelope in sports fashion, most recently for outfitting men’s college basketball team in hideous neon uniforms for the NCAA Tournament.

The company’s newest product, however, reaches a whole new level of provocation, and it’s hard to imagine a shoe company coming up with a worse idea than this: 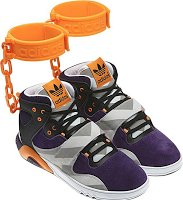 That’s the new Adidas JS Roundhouse Mid, a basketball shoe that was set to debut in August and was aimed at those who have “a sneaker game so hot you lock your kicks to your ankles.” The shoe’s rather unsubtle use of shackles has, understandably, drawn criticism for symbolizing slavery and prison chains.

Adidas said the shoe represented “nothing more than the designer Jeremy Scott’s outrageous and unique take on fashion and has nothing to do with slavery.” Scott, the company noted, is known for “quirky, lighthearted” designs.

Adidas pulled the shoe out of production late last night, and I’m of the belief that it wouldn’t intentionally approve a design that symbolized slavery. But that is the problem: apparently, no one in any stage of the process stopped long enough to think that a product set to be marketed largely to African-Americans that included shackles and chains might have negative racial overtones in a country where slavery existed for more than two centuries. 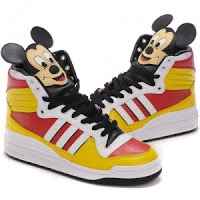 It would be tough to mistake Mickey Mouse or panda bears — features of past Scott designs — as anything but “quirky” or “lighthearted.” To many Americans, though, this design’s dependence on shackles and chains isn’t quirky, lighthearted, outrageous, or unique — it’s offensive. Amazingly, it took a massive public outcry for Adidas to realize that.