U.S. Government : Six Decades of Spying on its Citizens 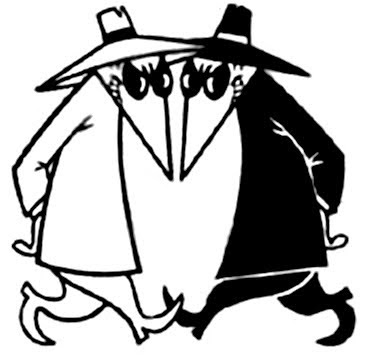 [This is the first installment of Sherman DeBrosse’s series about the U.S. government’s extensive and inglorious history of spying on its own people.]

Difficult as it is to understand, our government now has a number of detention facilities that could house hundreds of thousands of people. Some say they are to house undocumented immigrants, but one wonders. In recent years, government has also acquired the capability to monitor and store information about millions of telephone calls, faxes, and e-mails made by American citizens.

When we reflect that government has a history of spying on and harassing progressives and people who object to some of our wars, we cannot be blamed for wondering if the detention facilities and electronic surveillance capabilities are not there to be used on progressives.

In October, 1967, President Lyndon B. Johnson established “Operation Chaos” in the CIA. Its role largely was to spy on American citizens who objected to the war in Vietnam. Of course, to one extent or another, the CIA has been spying on domestic dissidents since 1959. Chaos relied largely upon people from the Domestic Operations Division, and others were borrowed from European assignments.

The Domestic Operations Division was created sometime between 1962 and 1965, and its first head was Charles Tracy Barnes, a CIA veteran who had coordinated the agency’s activities duiring the 1954 Guatemalan coup and 1961 Bay of Pigs invasion. It was located at 1750 Pennsylvania Avenue, not in Langley, VA.

From the beginning, Richard Helms was its driving force, and Helms removed Barnes when he became director in 1967. It is believed that under George W. Bush and Dick Cheney Domestic Operations was headquartered in Denver. The relocation might be related to the fact that NSA has significant storage facilities in the area for intercepted electronic communications of all kind.

The NSA has moved many of its personnel from Fort Meade to Buckley Air Force Base in Aurora, where its National Resources Division has relocated. The Army’s new Northern Command (NORTHCOM) has its headquarters in Colorado, and it too has significant data storage and analysis facilities there. The CIA insists that the Domestic Operations Division only works within the United States to gather information about foreign governments.

From the beginning, Domestic Operations was comprised of old hands. The agency’s charter forbade domestic police and domestic surveillance operations, but this division had existed for some time. For a time, E. Howard Hunt was assigned to it. It occupied a full floor at 1750 Pennsylvania Avenue in Washington. A major objective was to infiltrate the New Left anti-war circles.

As is well known, the CIA pumped huge amounts of money into the National Students Association, and it infiltrated a number of other student organizations. Even before Johnson established Operation Chaos, the CIA was working with students. Gloria Steinem admitted working for the agency in the late 50s and early 60s. She said she never spied on other Americans, but some say that was only because she was never asked. The official report on Chaos says it began in 1967, so the previous material might be labeled “pre-Chaos.“ 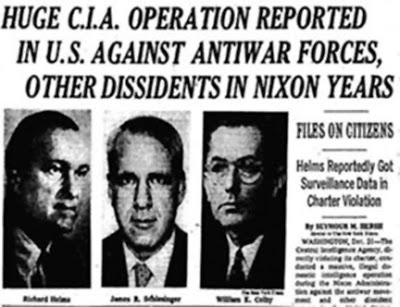 By 1967, the unit was pursuing dissidents, black militants, and congressmen. It was to learn all it could about campus anti-war militants and to disrupt their activities. The program was justified as an effort to predict violent activities against the United States government. It was claimed that there was possible foreign involvement in the peace activities, and this was also a basis for justifying the program and CIA activity in domestic matters.

The Pentagon joined the efforts directed against dissidents in 1968 when it established the Directorate of Civil Disturbance and Planning Operations. It established a “domestic war room” manned by 180 people in the basement of the Pentagon.

Federal Bureau of Investigation personnel from its Counter-Intelligence Program (COINTELPRO) cooperated with the CIA’s Operation Chaos. Since 1950, the bureau had a database containing the names of thousands of Americans it considered suspicious and potentially subversive. Among them were teachers, doctors, scientists, lawyers — people from all walks of life.

The bureau had long been watching dissidents — defined as anyone differing from the thinking of FBI director J. Edgar Hoover. Not only was COINTELPRO devoted to keeping track of people considered political radicals, but the program also carried out an illicit campaign to disrupt and destroy peace and justice organizations. The bureau later admitted carrying out 2,218 COINTELPRO operations between 1956 and mid-1974. Eventually, the Senate’s Church Committee unearthed some of these activities and concluded that many security and law enforcement personnel considered themselves guardians of the status quo.

Operation Chaos continued under Richard Nixon, and national security advisor Henry Kissinger combed through these files. In June, 1970, President Nixon greatly ramped up the operation in a meeting with key figures, such as J. Edgar Hoover, NSA director Noel Gaylor, and Richard Helms.

The agents worked with police and college administrators to identify dissidents, and demonstrations were monitored. Agents also joined anti-war organizations. The FBI gave Chaos its reports on peace groups, amounting to about a thousand a month. The Domestic Operations Division had files on 13,000 individuals and 1,000 organizations. It also burglarized foreign embassies.

Local police departments were rewarded for assistance through gifts of high-grade equipment. By 1972, the CIA inspector general’s report reflected growing concern that the program had gone too far.

We also encountered general concern over what appeared to be a monitoring of the political views and activities of Americans not known to be or suspected of being involved in espionage… Stations were asked to report on the whereabouts and activities of prominent persons… whose comings and goings were not only in the public domain, but for whom allegations of subversion seemed sufficiently nebulous to raise renewed doubts as to the nature and legitimacy of the CHAOS program.

Properly we should be talking about the CIA’s Operation Chaos and the activities of the FBI’s Counter-Intelligence Program. These operations worked together to carry out the goals of Chaos, investigating all sorts of dissidents, including “restless youth,” “advocates of new lifestyles,” and the New Left. Over the life of the program, information on over 300,000 persons was shared with other law enforcement people, including the FBI. Deputy Director William Sullivan intended to tell the House Select Committee on Assassinations that he had opposed continuing COINTELPRO, but he died in a hunting accident before he could testify.

The CIA gathered the names of 300,000 people, and thousands of them were put on a watch list. The United States Army joined in the domestic surveillance program, using 1,500 agents in 350 offices, and created its own list. Army Intelligence spearheaded this effort, and many of its offices were on college campuses. The National Security Administration was also involved, but we know next to nothing about its activities.

Defenders of J. Edgar Hoover said he knew little about Operation Chaos, but a review of some remaining files show that the CIA was using many FBI files, most undigested. They simply pulled names out of them and put them in a master index. Many operatives from the agency’s covert division were used in the United States, sometimes dressed up as hippies. They resented doing this work, as did the leadership of the CIA. There was an effort to reduce this kind of activity, and even Hoover came to see that it could damage the FBI’s profile. 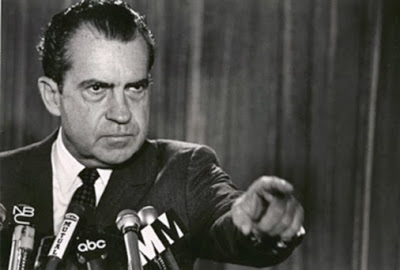 Richard Nixon greatly expanded the surveillance, and the FBI was ordered to keep track of the private lives of Nixon’s political opponents. When Nixon left office, investigators found hundreds of reports of electronic surveillance and break-ins. None of this was done with warrants. It was illegal, even though Nixon was on record as saying nothing a president does can be illegal.

Under Nixon the Interagency Committee on Intelligence was formed to coordinate domestic spying. It was temporarily chaired by J. Edgar Hoover, but Sullivan, the bureau’s No. 3 man, eventually was to chair it. The committee recommended more mail opening and black bag jobs. It was based on the Huston Plan, which is well known. Tom Charles Huston was a young White House assistant in charge of domestic intelligence.

But few realized it was implemented to some degree because the activities suggested by Tom Huston had been underway for some years. Huston knew about Operation Chaos and wanted to greatly expand the activity. But this occurred at a time when some within the CIA wanted an end to the illegal activity. House majority leader Hale Boggs had an idea of what was going on and denounced the FBI on the House floor for tapping the telephones of representatives and senators.

Under pressure from Attorney General John Mitchell, Nixon rescinded the Huston Plan, giving the appearance the plan was dead. One problem may have been that Huston was simply too young and made the proposal in too open a manner.

But another problem was that the FBI’s aging director had his own agenda and threw a wrench in the works. Hoover claimed to be concerned that there were so many intelligence break-ins that exposure was likely. He quickly fired Sullivan for cooperating too closely with other intelligence agencies.

In March, 1971, a “citizen’s’” break-in at the Media, PA, office of the FBI produced more than a thousand documents that exposed the COINTELPRO operation with its infiltration of student groups and spying on dissenters. Six weeks later, Hoover shut down COINTELPRO.

There was no longer a mechanism to coordinate spying, black bag jobs, etc., but these activities continued anyway. There was the less known Intelligence Evaluation Committee (IEC), also known as the Son of Huston Plan. White House Counsel John Dean organized it. It included people from NSA, DOD, and CIA and essentially adopted the Huston Plan, which appeared to have been officially rejected. G. Gordon Liddy attended in order to initiate investigation of “Pentagon Papers” leaks.

Clearly Operation Chaos established a major precedent for domestic spying. Evidence is beginning to surface about domestic surveillance of peace activists by the FBI during the administration of George W. Bush. The Progressive obtained records demonstrating that the bureau had at least two informers within the Iowa City peace and justice group. They provided very detailed information on its operatives, including information on their appearances, living arrangements, and the automobiles they drove.

We do not know to what extent the government spied on its citizens in the balance of the 1970s. The Pike and Church Commissions revealed some aspects of Operation Chaos, and Jimmy Carter appointed Admiral Stansfield Turner to clean up the CIA. We do know that the Reagan administration, which took office in 1981, was interested in resuming the battle with so-called radicals.

6 Responses to U.S. Government : Six Decades of Spying on its Citizens