Un-Fuck ‘Em Or Another Sign of a Sick Society 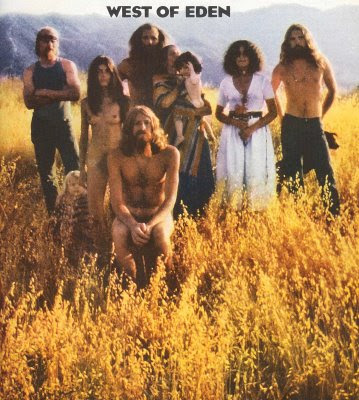 To learn the story of this picture, click here
(©1970 by Ron Mesaros & Playboy)
Ignorant History: In Praise of Hippies and the Counter-Culture
By Bill Hatch / April 12, 2008

These thoughts are provoked by Gerald de Groot’s Reflections on The Sixties Unplugged, an arrogant volume by an ignorant historian which argues that the ’60s counterculture achieved nothing of lasting importance.

There are two kinds of hypocrisy about sexual and political matters in our generation: the left hypocrisy and the right hypocrisy. Between the two, one ought to prefer the traditional approach of the right — mis-, mal- and nonfeasance in office and in bed. The left invented the dialectics of “relationship,” and while no less promiscuous than Republicans, they have proved themselves far more self-righteous about it. The left, in general, also runs the American bureaucracy and has invented an entire alternative form of English to explain what they are doing to individuals and why. Only the well-to-do escape this aberrant form of our language.

One of the great achievements of the hippies is that they have never been a part of either faction in terms of ideology, sexual or otherwise. Although they are capable of a social cohesion at times, under certain specific circumstances (from a good party to a political action), hippies are firm believers in the individual’s right to private property and will fight any timber corporation to prevent encroachment on it. I didn’t even understand Peter Coyote’s statement, quoted reverently by De Groot, “Any structure is mutable, but once you’ve chosen it, you have to accept it — if you’re ever going to get any depth. Because depth only comes in the struggle with limits.” But, I have no doubt whatsoever that Ringolevio, by Diggers founder Emmett Grogan and Coyote’s leader, was the best book ever written on the Haight Ashbury, generally considered to be the fountainhead of lamentable “anarchist excesses.” A second take always worth rereading, is the series of articles written by Nick Von Hoffman and illustrated by the great photography of Elaine Mayes, on the anarchic market in marijuana in the Haight. It could not be organized even by organized crime, which tried.

What de Groot, no doubt irrigated by the rouge corncob placed somewhere on his person where the sun never shines, fails to see is that the hippies were and remain the only genuine working-class movement that came out of the Sixties. The other thing he fails to notice is that the hippies, as opposed to their “leaders,” transcended hippydom, in fact and later fiction on the period. At Berkeley, a friend who would definitely be classed as a former hippie, told me years ago, “You watched the anti-war speakers. When they left the podium, you left the crowd because the cops were coming.” Basic working-class wisdom as old as the Haymarket Massacre.

My finest tidbit of revolutionary romanticism from the era comes not from the hippies but from the new left, a friend announcing in a frenzy of ambition that Cesar Chavez was starting a revolution. He meant one that would bring down the state. Any movement based on people not gringos was grasped fervently by the new left to be used as a club against the hippies, those messy Americans (white, black, brown, red or yellow — whatever) having fun. And for those of us who had actually done farm work in the San Joaquin Valley, oh well, how could our opinion count? It is essential to the misappropriation of the complexities of Marx’s critique that anyone with any empirical experience with any memory of actual hard farm labor should be silenced by the terribly articulate suburban pink diaper set.

Although the hippies preferred to make love, not war, when attacked by police they exhibited excellent abilities to defend themselves. My favorite scene from the chaos of late 1968 was, during yet another SWAT invasion of the neighborhood, a fellow with a molotov cocktail alight in his hand, who streaked through several cops, threw it under a squad car and escaped as the car blew up. In the context of that and other riots of that time, it was not fundamentally an attack on the federal, state or local government; it was a statement: Get the fuck out of my neighborhood, quit beating my neighbors and scaring our women and kids. One did not have to be an admirer of either Dylan or Marx to appreciate the magnificently courageous gesture of our neighbor with the flaming cocktail that night.

As for the hippies’ contribution to the election of Nixon in 1968 and the general breakdown of the Roosevelt coalition in the Democratic Party, oh well, whatever, as the hippies would say. De Groot revises the history of the Sixties anti-war movement from the standpoint of the anti-Iraq War movement? Our academic neo-Reds are on the prowl again. The latest credit crisis provides the excuse and once again we get secondary causes as reasons to do what? Man which barricade, where? These clowns haven’t learned anything since the last depression. Socialism is the answer, right? And the question is: what government produces the happiness of its people? The three anti-war demonstrations in which I marched down Market Street, San Francisco, were as far as I could tell, organized by Palestinians. Willie controlled the cops, the Palestinians controlled the peaceful crowd, and it all worked except for the inevitable bullshit provocateurs. The press called them “anarchists,” yet an Asian hippie woman I know and met in the crowd on one march handed me a broadside of a beautiful poem written by a real anarchist postman from Mendocino County. Your basic theoretical anarchist ain’t got no experience in what he preaches.

At least from the vantage point of having worked that summer of 1968 for the US Senate candidate with the most unambiguous stand against the war, while living in the Haight, I have another analysis for the Nixon election: Larry O’Brien was the only Irishman in America who did not indulge himself in a four-month wake after the assassination of Bobby. When the Kennedy faction woke up from the hangover, it was too late. If they had been able to really mourn the man instead of the power they lost that night, they might have realized more important things were at stake than their collective self pity. One need not even mention Lyndon Johnson’s incredible legislative achievements on behalf of the American working class, the huge backlash among racists, or the totalitarian excesses of the Chicago convention to indicate that it remains a bit difficult to blame Nixon on the hippies, who took the brunt of the Daley Machine beating. By that year, out on the west coast, they were already leaving San Francisco in droves to make their amusing, profitable contributions to rural life on the north coast of California.

Read all of this great rant here. CounterPunch / The Rag Blog

This entry was posted in RagBlog and tagged Books, Counterculture, Sixties. Bookmark the permalink.