US Banking: The Shit Has Yet to Hit the Fan 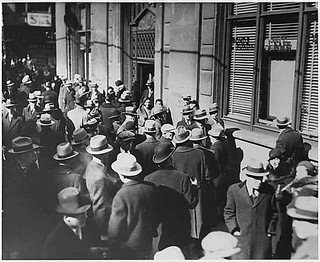 SINGAPORE — The worst of the global financial crisis is yet to come and a large U.S. bank will fail in the next few months as the world’s biggest economy hits further troubles, former IMF chief economist Kenneth Rogoff said on Tuesday.

“The U.S. is not out of the woods. I think the financial crisis is at the halfway point, perhaps. I would even go further to say ‘the worst is to come’,” he told a financial conference.

“We have to see more consolidation in the financial sector before this is over,” he said, when asked for early signs of an end to the crisis.

“Probably Fannie Mae and Freddie Mac — despite what U.S. Treasury Secretary Hank Paulson said — these giant mortgage guarantee agencies are not going to exist in their present form in a few years.”

Rogoff’s comments come as investors dumped shares of the largest U.S. home funding companies Fannie Mae and Freddie Mac on Monday after a newspaper report said government officials may have no choice but to effectively nationalize the U.S. housing finance titans.

A government move to recapitalize the two companies by injecting funds could wipe out existing common stock holders, the weekend Barron’s story said. Preferred shareholders and even holders of the two government-sponsored entities’ $19 billion of subordinated debt would also suffer losses.

Rogoff said multi-billion dollar investments by sovereign wealth funds from Asia and the Middle East in western financial firms may not necessarily result in large profits because they had not taken into account the broader market conditions that the industry faces.

“That view neglects the point that the financial system has become very bloated in size and needed to shrink,” Rogoff told the conference in Singapore, whose wealth funds GIC and Temasek have invested billions in Merrill Lynch and Citigroup

In response to the sharp U.S. housing retrenchment and turmoil in credit markets, the U.S. Federal Reserve has reduced interest rates by a cumulative 3.25 percentage points to 2 percent since mid-September.

Rogoff said the U.S. Federal Reserve was wrong to cut interest rates as “dramatically” as it did.

“Cutting interest rates is going to lead to a lot of inflation in the next few years in the United States.”

This entry was posted in RagBlog and tagged Banking, Economic Collapse, Economy. Bookmark the permalink.