US Mayors Step Into Iran Fray 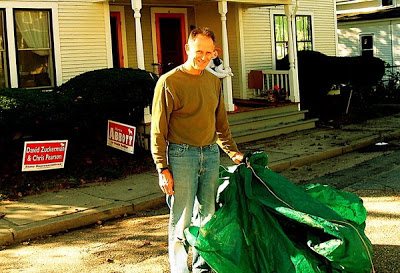 Tensions around Iran have been heating up with President Bush’s recent trip to Europe urging stronger sanctions and reports of major Israeli military exercises in June designed to prepare for a potential strike against Iran’s nuclear facilities. UN atomic watchdog chief Mohamed El Baradei, concerned about the belligerent direction, warned on June 21 that an attack on Iran would “transform the Middle East region into a ball of fire.”

U. S. mayors, feeling the disastrous effects of the war in Iraq on their city budgets and local military families, are speaking out to try to stop another disastrous war. Thanks to a grassroots campaign initiated by CODEPINK, Global Exchange and Cities for Peace, a group of mayors have signed on to a National Mayors Resolution for Diplomacy with Iran. So far, 32 mayors from Alexandria, VA to Wilmington, DE have signed on. The resolution urges the Bush Administration to pursue diplomatic engagement with Iran and calls on Congress to prohibit the use of funds to carry out any military action against Iran without Congressional authorization.

The resolution’s initial sponsor was Mayor Bob Kiss of Burlington, Vermont. “Cities across the US are already paying a high price for war with thousands of servicemen and women killed and wounded and other resources diverted away from important national priorities like infrastructure, education, housing and human needs,” said Mayor Kiss. “Our experience in Iraq makes it even more critical to pursue diplomacy with Iran — talks anytime, anywhere.”

Mayor Scott Brook of Coral Springs, FL agrees. “In Iraq we’re spending $10 billion a month while people here are losing their homes and can’t get jobs. Where are our priorities? We can’t afford more interventions.”

Another early cosponsor of the resolution, Mayor Dan Coody from Fayetteville, Arkansas, does not want the public to be fooled again. “The Bush administration is playing the American people on Iran just like they did in Iraq,” Mayor Coody said. “With Iraq going so badly and the economy in shambles, it would be crazy to wage a new war in another Arab country.”

The mayors brought the resolution to the U.S. Conference of Mayors that was held in Miami from June 20-23. Unfortunately, it was tabled for another year when a small group of mayors voiced opposition. Some said it sounded disrespectful to the troops, others said it was just too controversial and they did not want to see a rerun of the divisive debate the year before when a resolution against the war in Iraq was put forth.

Undeterred, the mayors and their supporters used the Conference to gather more support and vowed to continue the campaign. The goal is to get 100 mayors from across the country on board, and then, in September, descend on Washington DC to deliver the resolution to Congress and the White House.

Local peace groups are excited about pushing their own mayors to take a stand. “The prospect of aggression against Iran is really troubling and it’s frustrating we have so few avenues to try to forestall that,” said Nina Utne, a CODEPINK cofounder who was successful in pressuring her Minneapolis Mayor R.T. Rybak to sign on. “I’m grateful that mayors are responding to their constituents and are willing to take a position of conscience.”

“The public has shown itself wiser and more prudent than the Bush administration in matters of foreign policy and are claiming their civic right to weigh in through locally-elected officials,” said Karen Dolan, director of the Cities for Peace project based at the Washington DC-based Institute for Policy Studies. “With the signatures of a growing number of mayors against a military strike on Iran, we see an encouraging continuation of local lawmakers and citizens speaking out in national venues regarding international policy.”

Global Exchange, a group that organizes regular citizen delegations to Iran, is mobilizing its members. “People return from Iran in love with the Iranian people and energized to stop a war,” said Sanaz Meshkinpour of Global Exchange. “We urge them to contact their congressional representatives, but also their local mayor. If we build a groundswell of support for diplomacy, we will hopefully force the decision-makers in Washington to listen.”

You can join the campaign by asking your mayor to sign on. To see the full resolution, a sample letter to your mayor and your mayor’s contact information, go here.

[Medea Benjamin is cofounder of CODEPINK and Global Exchange.]