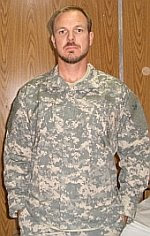 The use of torture by the US has proved so counter-productive that it may have led to the death of as many US soldiers as civilians killed in 9/11, says the leader of a crack US interrogation team in Iraq.

“The reason why foreign fighters joined al-Qa’ida in Iraq was overwhelmingly because of abuses at Guantanamo and Abu Ghraib and not Islamic ideology,” says Major Matthew Alexander, who personally conducted 300 interrogations of prisoners in Iraq. It was the team led by Major Alexander [a named assumed for security reasons] that obtained the information that led to the US military being able to locate Abu Musab al-Zarqawi, the head of al-Qa’ida in Iraq. Zarqawi was then killed by bombs dropped by two US aircraft on the farm where he was hiding outside Baghdad on 7 June 2006. Major Alexander said that he learnt where Zarqawi was during a six-hour interrogation of a prisoner with whom he established relations of trust.

Major Alexander’s attitude to torture by the US is a combination of moral outrage and professional contempt. “It plays into the hands of al-Qa’ida in Iraq because it shows us up as hypocrites when we talk about human rights,” he says. An eloquent and highly intelligent man with experience as a criminal investigator within the US military, he says that torture is ineffective, as well as counter-productive. “People will only tell you the minimum to make the pain stop,” he says. “They might tell you the location of a house used by insurgents but not that it is booby-trapped.”

In his compelling book How to Break a Terrorist, Major Alexander explains that prisoners subjected to abuse usually clam up, say nothing, or provide misleading information. In an interview he was particularly dismissive of the “ticking bomb” argument often used in the justification of torture. This supposes that there is a bomb timed to explode on a bus or in the street which will kill many civilians. The authorities hold a prisoner who knows where the bomb is. Should they not torture him to find out in time where the bomb is before it explodes?

Major Alexander says he faced the “ticking time bomb” every day in Iraq because “we held people who knew about future suicide bombings”. Leaving aside the moral arguments, he says torture simply does not work. “It hardens their resolve. They shut up.” He points out that the FBI uses normal methods of interrogation to build up trust even when they are investigating a kidnapping and time is of the essence. He would do the same, he says, “even if my mother was on a bus” with a hypothetical ticking bomb on board. It is quite untrue to imagine that torture is the fastest way of obtaining information, he says.

A career officer, Major Alexander spent 14 years in the US air force, beginning by flying helicopters for special operations. He saw combat in Bosnia and Kosovo, was an air force counter-intelligence agent and criminal interrogator, and was stationed in Saudi Arabia, with an anti-terrorist role, during the US invasion of Iraq in 2003. Some years later, the US army was short of interrogators. He wanted to help shape developments in Iraq and volunteered.

Arriving in Iraq in early 2006 he found that the team he was working with were mostly dedicated, but young, men between 18 and 24. “Many of them had never been out of the States before,” he recalls. “When they sat down to interrogate somebody it was often the first time they had met a Muslim.” In addition to these inexperienced officers, Major Alexander says there was “an old guard” of interrogators using the methods employed at Guantanamo. He could not say exactly what they had been doing for legal reasons, though in the rest of the interview he left little doubt that prisoners were being tortured and abused. The “old guard’s” methods, he says, were based on instilling “fear and control” in a prisoner.

He refused to take part in torture and abuse, and forbade the team he commanded to use such methods. Instead, he says, he used normal US police interrogation techniques which are “based on relationship building and a degree of deception”. He adds that the deception was often of a simple kind such as saying untruthfully that another prisoner has already told all.

Before he started interrogating insurgent prisoners in Iraq, he had been told that they were highly ideological and committed to establishing an Islamic caliphate in Iraq, Major Alexander says. In the course of the hundreds of interrogations carried out by himself, as well as more than 1,000 that he supervised, he found that the motives of both foreign fighters joining al-Qa’ida in Iraq and Iraqi-born members were very different from the official stereotype.

In the case of foreign fighters – recruited mostly from Saudi Arabia, Egypt, Syria, Yemen and North Africa – the reason cited by the great majority for coming to Iraq was what they had heard of the torture in Guantanamo and Abu Ghraib. These abuses, not fundamentalist Islam, had provoked so many of the foreign fighters volunteering to become suicide bombers.

For Iraqi Sunni Arabs joining al-Qa’ida, the abuses played a role, but more often the reason for their recruitment was political rather than religious. They had taken up arms because the Shia Arabs were taking power; de-Baathification marginalised the Sunni and took away their jobs; they feared an Iranian takeover. Above all, al-Qa’ida was able to provide money and arms to the insurgents. Once, Major Alexander recalls, the top US commander in Iraq, General George Casey, came to visit the prison where he was working. Asking about what motivated the suspected al-Qa’ida prisoners, he was at first given the official story that they were Islamic Jihadi full of religious zeal. Major Alexander intervened to say that this really was not true and there was a much more complicated series of motivations at work. General Casey did not respond.

The objective of Major Alexander’s team was to find Zarqawi, the Jordanian born leader of al-Qa’ida who built it into a fearsome organisation. Attempts by US military intelligence to locate him had failed despite three years of trying. Major Alexander was finally able to persuade one of Zarqawi’s associates to give away his location because the associate had come to reject his methods, such as the mass slaughter of civilians.

What the major discovered was that many of the Sunni fighters were members of, or allied to, al-Qa’ida through necessity. They did not share its extreme, puritanical Sunni beliefs or hatred of the Shia majority. He says that General Casey had ignored his findings but he was pleased when General David Petraeus became commander in Iraq and began to take account of the real motives of the Sunni fighters. “He peeled back those Sunnis from al-Qa’ida,” he says.

In the aftermath of his experience in Iraq, which he left at the end of 2006, Major Alexander came to believe that the battle against the US using torture was more important than the war in Iraq. He sees President Obama’s declaration against torture as “a historic victory”, though he is concerned about loopholes remaining and the lack of accountability of senior officers. Reflecting on his own interrogations, he says he always monitored his actions by asking himself, “If the enemy was doing this to one of my troops, would I consider it torture?” His overall message is that the American people do not have to make a choice between torture and terror.

This entry was posted in RagBlog and tagged al-Qaida, Torture, U.S. Military, US Intelligence. Bookmark the permalink.