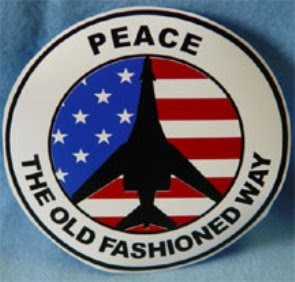 [Alan J. Kuperman is] ‘director of the Nuclear Proliferation Prevention Program at the University of Texas at Austin,’ but his Christmas eve call to war relies on disinformation and contradiction, not on objective scholarly analysis.

On Christmas eve when Christians were celebrating the Prince of Peace, the New York Times delivered forth a call for war. “There’s only one way to stop Iran,” declared Alan J. Kuperman, and that is “military air strikes against Iran’s nuclear facilities.”

Kuperman is described as the “director of the Nuclear Proliferation Prevention Program at the University of Texas at Austin,” but his Christmas eve call to war relies on disinformation and contradiction, not on objective scholarly analysis.

For example, Kuperman contradicts the unanimous report of America’s 16 intelligence agencies, the reports of the International Atomic Energy Agency, and Russian intelligence with his claim that Iran has a nuclear weapon program. Astonishingly, it does not occur to Kuperman that readers might wonder how an academic bureaucrat in Austin, Texas, has better information than these authorities.

Kuperman is so determined to damn President Obama’s plan to have other countries enrich Iran’s uranium for Iran’s nuclear energy program and medical isotopes that Kuperman commits astounding blunders. After claiming that Iran has a “bomb program,” Kuperman claims that “Iran’s uranium contains impurities” and that Ahmadinejad’s threat “to enrich uranium domestically to the 20 percent level . . . is a bluff, because even if Iran could further enrich its impure uranium, it lacks the capacity to fabricate the uranium into fuel elements.”

What was the New York Times op ed editor thinking when he approved Kuperman’s article? Iran, Kuperman writes, needs “90 percent enriched uranium” to have weapons-grade material, but cannot reach 20 percent or even make fuel elements for its nuclear energy. So, how is Iran going to produce a bomb? Yet, Kuperman writes that “we have reached the point where air strikes are the only plausible option with any prospect of preventing Iran’s acquisition of nuclear weapons. The sooner the United States takes action, the better.”

It could not be made any clearer that, as with the U.S. invasion of Iraq, a military attack on Iran has nothing to do with weapons of mass destruction. An “Iranian nuke” is just another canard behind which hides an undeclared agenda.

One wonders about Kuperman’s non-proliferation credentials. How does a wanton military attack on a country encourage non-proliferation? Aren’t America’s bullying, threats and acts of war more likely to encourage countries to seek nuclear weapons?

At the end of the first decade of the 21st century, the United States has wars ongoing in Iraq where the ancient Chaldean Christian community was destroyed — not by Saddam Hussein but by the neoconservatives’ illegal invasion of Iraq — in Afghanistan, Pakistan, Yemen, and Sudan. The U.S. initiated a war, which it lost, between its puppet ruler in the former Soviet province of Georgia and Russia.

The U.S., the world’s greatest supporter of terrorism, is the main financier of terrorist groups that stage attacks within Iran, and U.S. money succeeded in financing protests against President Ahmadinejad’s reelection and in dividing the ruling Islamic clerics. It was American money, weapons, and diplomatic cover that enabled the Israeli war crimes against the Lebanese people during 2006 and against Palestinian civilians in Gaza during 2008-2009, crimes documented in the Goldstone Report.

Iran has never interfered in U.S. internal affairs, but the U.S. has a long record of interfering in Iranian affairs. In 1953 the U.S. overthrew Iran’s popular prime minister, Mohammed Mosaddeq, and installed a puppet who tortured Iranians who desired political independence. Despite this and other American offenses against Iran, Ahmadinejad has repeatedly expressed Iran’s interest to be on friendly terms with the United States, only to be repeatedly rebuffed. The U.S. wants war with Iran in order to expand U.S. world hegemony.

One might expect a non-proliferation expert to take history into account, but Kuperman fails to do so. Kuperman also has nothing to say about Israel’s, India’s, and Pakistan’s nuclear weapons. Unlike Iran, none of these countries are signatories to the Nuclear Non-Proliferation Treaty. Israel, India, and Pakistan all developed their nuclear weapons in secret, and many experts believe Israel had American help, an act of treason. All three countries have been rewarded by Washington despite their perfidy.

Why is Kuperman concerned about Iran, which submits to the IAEA inspections, but is unconcerned with Israel, a country that has never permitted a single inspection? The answer is that the Israel Lobby, the U.S. military-security complex, and the “Christian” Zionists have succeeded in demonizing Iran.

The U.S. has no conflicting economic interests with Iran. Iran is simply a supplier of oil, an important one. A U.S. attack on Iran, such as the one advocated by Kuperman, would most likely shut down oil flows to the West through the Strait of Hormuz. This might benefit refiners, who sell gasoline to the West and could charge enormous prices, but no one else would benefit.

Adding to the war cry are congregations of fake Christians. A great number of them, organized by someone’s money under the banner, “Christian Leaders for a Nuclear-free Iran,” have written to Congress demanding sanctions against Iran that amount to an act of war. The roll call includes the “Christian” Zionist John Hagee, who, according to reports, denigrates Jesus Christ and preaches to his illiterate congregation that it is God’s will for Americans to fight and die for Israel, the oppressor of the Palestinian people.

It is a simple matter for an educated person to make fools of these morons who profess to be Christians. However, these morons have vast constituencies numbering in the tens of millions of Americans. There are, in fact, more of them than there are intelligent, informed, moral, and real Christian Americans. The votes of the morons will prevail.

In the second decade of the 21st century, America’s Zionist wars against Islam will expand. America’s wars on behalf of Israel’s territorial expansion will complete the bankruptcy of America. The Treasury’s bonds to finance the U.S. government’s enormous deficits will lack for buyers. Therefore, the bonds will be monetized by the Federal Reserve.

The result will be rising rates of inflation. The inflation will destroy the dollar as world reserve currency, and the U.S. will no longer be able to pay for its imports. Shortages will appear, including food and gasoline, and “Superpower America” will find itself pressed to the wall as a Third World country unable to pay its debts.

America has been brought low, both morally and economically, by its obeisance to the Israel Lobby. Even Jimmy Carter, a former President of the United States and Governor of Georgia, recently had to apologize to the Israel Lobby for his honest criticisms of Israel’s inhumane treatment of the occupied Palestinians in order for his grandson to be able to run for a seat in the Georgia state senate. This should tell the macho super-power American tough guys who really runs “their” country.

[Paul Craig Roberts, a former Assistant Secretary of the U.S. Treasury and former associate editor of the Wall Street Journal, has held numerous academic appointments. He has been reporting shocking cases of prosecutorial abuse for two decades. A new edition of his book, The Tyranny of Good Intentions, co-authored with Lawrence Stratton, a documented account of how Americans lost the protection of law, was published by Random House in March, 2008.]