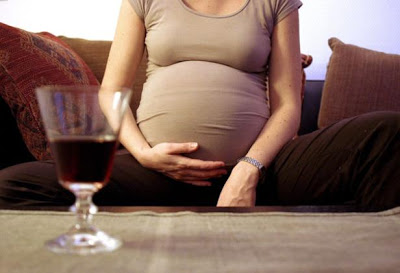 A proposed Utah law that would open women who suffer a miscarriage to possible criminal prosecution and life imprisonment has enraged feminists and civil rights activists across the United States.

Adopted overwhelmingly by both sides of the state legislature in Salt Lake City earlier this month, the draft bill is now awaiting the signature of the state’s Republican Governor, Gary Herbert. It is not clear if the growing national controversy surrounding the proposed law will slow or even stay his pen.

While the main thrust of the law is to enable prosecutors in the majority-Mormon state to pursue women who seek illegal, unsupervised forms of abortion, it includes a provision that could trigger murder charges against women found guilty of an “intentional, knowing or reckless act” that leads to a miscarriage. Some say this could include drinking one glass of wine too many, walking on an icy pavement or skiing.

Lawmakers were responding to the case of a 17-year-old pregnant Utah woman who paid a man $150 to assault her physically in the hope that the beating would cause her to miscarry. The child was born anyway and put up for adoption. And while the man involved is currently behind bars, prosecutors found they had no basis in state law to prosecute the young woman. She was in her seventh month when she tried to terminate her pregnancy.

Last-minute efforts to remove reference in the bill to “reckless” acts failed, feeding the uproar about a law that some people say would be impossible to implement and threatens basic freedoms of women. Statistics suggest that 15 to 20 per cent of recognized pregnancies end in miscarriage.

“This creates a law that makes any pregnant woman who has a miscarriage potentially criminally liable for murder,” said Missy Bird, director of Planned Parenthood Action Fund of Utah, part of the national organisation that champions abortion rights.

Critics also note that the bill has no exemptions for women who suffer domestic abuse or who have addiction problems. They wonder, for example, about the putative case of a woman remaining with an abusive partner and suffering a miscarriage after an episode of violence. Would remaining in that relationship constitute “reckless” behavior, they ask?

Abortion remains deeply contentious in the United States, where, with some restrictions, it has been legal under the terms of the landmark Roe v Wade ruling by the Supreme Court of 1973. The issue returned to the front pages last month when Scott Roeder was tried and convicted for the murder in Kansas last August of one of the few doctors legally providing late-term abortions in the country.

The reaction to Utah’s new initiative has verged in most quarters on disbelief, however. “For all these years the anti-choice movement has said ‘we want to outlaw abortion, not put women in jail’, but what this law says is ‘no, we really want to put women in jail’,” Lynn Paltrow, executive director of National Advocates for Pregnant Women, wrote in a blog.

Similarly astonished is the syndicated columnist Dan Savage. “Where will this insanity end?” he wrote. “If every miscarriage is a potential homicide, how does Utah avoid launching a criminal investigation every time a woman has a miscarriage? And how is Utah supposed to know when a pregnant woman has had a miscarriage? You’re going to have to create some sort of pregnancy registry to keep track of all those fetuses. Perhaps you could start issuing ‘conception certificates’ to women who get pregnant. And then, if there isn’t a baby within nine months of the issuance of a conception certificate, the woman could be hauled in for questioning.”

Utah is used to criticism from some of its more liberal neighbors for its socially conservative ways that range from allowing concealed guns on its state university campus to strict limits on alcohol sales. It has not gone unnoticed that consideration of the bill, with the potentially high costs it would entail, has coincided with a debate on canceling the last year of school for Utah children to help to save the state money.

This entry was posted in RagBlog and tagged American Society, Legal Precedent, Women. Bookmark the permalink.