Wall Street Always Rides a Wave Until It Crashes 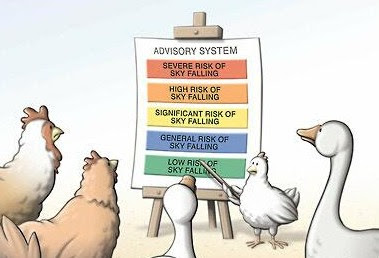 Characterizing the Subprime Mortgage Crisis
Will the Mortgage Industry Pay for Its Crimes?
By Danny Schechter / May 10, 2008

There is a time in the life of every writer when you find yourself fearing that you have become a robo call phone machine — repeating the same message over and over and with diminishing results.

That’s how I felt after 8 months of silence after labeling the credit crisis a “subcrime” scandal, lashing out at the fraudulent activity at its core and calling for the investigation and prosecution of wrongdoers. Almost no media outlets accepted this way of framing the problem, although as usual, the British press was ahead of its American cousins in putting the blame on the bankers, not the borrowers.

When the FBI announced a probe of 14 mortgage companies, I thought that finally some investigators were on the case. But then, word leaked that they were only going after small fish even as big banks reported losses in the billions.

Bank robberies have always been up the FBI’s alley, and after all, this is a bank heist case, perhaps one of the biggest in history. Only it was the banks that were doing the heisting.

The New York Times reported May 5th that a new criminal investigation was finally underway.

A G-Man explained anonymously: “The latest inquiry is broader and deeper. This is a look at the mortgage industry across the board, and it has gotten a lot more momentum in recent weeks because of the banks’ earnings shortfall.”

At last, institutional fraud may be on the agenda. At last, deeper questions are being asked. There have been some Congressional hearings but so far none have risen to a Watergate-type level prompting in-depth investigations fueled by subpoenas.

Slowly, oh so slowly, news outlets are recognizing this is a big crime story, one they missed for years, or at least since 2002 when subprime securities started being packaged for sale.

“As loans made to borrowers with decent credit begin to fail at a surprisingly rapid rate, it’s becoming clear that widespread fraud helped support the entire mortgage system — from borrowers who lied on their loans, to brokers who encouraged it, to lenders who misled some low-income borrowers, to the many lenders, investors and ratings agencies that conveniently and deliberately looked the other way as profits rolled in.

Despite its widespread role, fraud hasn’t yet been at the forefront of proposed rescue plans, which center on refinancing people out of loans now resetting to higher rates.”

Why would reputable bankers and respected investment houses engage in these dishonest activities? The short answer: money, and lots of it.

This entry was posted in RagBlog and tagged Corruption, Economy. Bookmark the permalink.