Washington in the Time of Cholera : A Pandemic of Ignorance 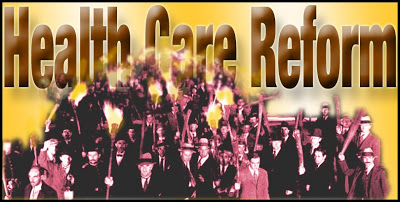 Graphic by Larry Ray / The Rag Blog.
Health Care Reform:
A Pandemic of Ignorance and Fear

I have just finishing reading Naples in the Time of Cholera 1884-1911. It is a masterful historical look at the spread of cholera in Naples, Italy, during the late cholera pandemics that swept large parts of the world in the 19th and 20th centuries. The parallels between today’s vocal citizen opposition to change in our problem-plagued American health care system and the frightened ignorance of fist-shaking citizens in Naples 125 years ago are worth a few words.

In Naples, filth and squalid living conditions as well as medical ignorance of just what caused cholera made for a deadly combination. This was worsened by politics, class distinctions and a long standing public distrust of authority in 1884. Italy had just been unified in 1871, with Rome as its capital, into a single republic. Naples had been under the domination of so many other countries and powers since its founding by the Greeks in about 430BC that its citizens didn’t trust politicians for a moment. And with good reason, with the hapless poor and elderly always the first to get the short end of any political stick.

The USA, just an upstart of a country compared to the ancient grand old former empires of Europe, nonetheless shares the commonality of basic human nature with Italy and certainly Naples when it comes to anger generated from ignorance and fear of change. And we also share with Naples the existence of conniving politicians, greedy business interests, a medical elite fighting amongst itself, and organized religion attempting to influence legislation.

Putting things into this kind of a time comparison, the 70 years we have been trying to get affordable access to health care for all Americans doesn’t seem very long compared to how long old world countries have had to wait for things to happen.

As cholera spread throughout the slums and packed tenement houses of Naples, widespread anger fed by wild rumors and misinformation resulted from the heavy-handed treatment and cavalier approach by government to dealing with massive death and spread of the disease.

Rumor became fact in the minds of the non-elite sufferers that the rich were poisoning them “by spreading arsenic on their buildings at night” as a way to get rid of them. In both France and Italy the clerical right fanned the flames of the Vatican’s prejudice to further stir up trouble for regimes they deeply disliked. The Jesuits called cholera “the chastisement of heaven’ for those who strayed from toeing a strict Catholic line.

Involvement of religion here in the USA is most loudly heard through faith-based interpretation of when life begins and how that belief impacts health care for believers as well as non-believers. This line in the religious sand focuses most fiercely upon abortion rights. Obliquely, recent misinformation from conservatives includes nonsense and twisted interpretations warning of President Obama’s “death panels” that would decide who lives and dies… sort of a modern day rumor akin to government poisoning the poor in Naples to get rid of them.

The human nature parallels between health care based fear and public demonstrations here in the USA and those in bella Napoli more than a century ago are not hard to see. Lines can be drawn between the socio economic and educational levels of the loudest and angriest of those in Naples in the 1800’s and the many frightened and ignorant fist shakers at the hot summer ‘Town Hall’ meetings across America in recent weeks.

The misinformation and rumors could have been a lot worse in Naples had there been access to email and TV.

In Naples there was no fact-checking to counter misinformation, so the wildest and most improbable fear-mongering flashed like a wildfire through the disease ridden quarters of the old city.

Today we do have impartial fact checking and the Annenberg Public Policy Center’s Factcheck.org just posted results of their non-partisan research into recent falsehoods and manipulation by those with lots to lose from a more level health care insurance playing field:

Twenty-six Lies About H.R. 3200
“A notorious analysis of the House health care bill
contains 48 claims.
Twenty-six of them are false and the rest mostly misleading.
Only four are true.”

It is worth a quick CLICK ON THE LINK to see this dispassionate debunking of chain e-mail and blathering talking head nonsense.

The irony of my Naples comparison is that Italy ranks near the top of the list of countries with the most equitable and highest level of quality health care today, while the USA is pitifully way down the list… and it is America’s world-recognized low standing that current health care reform seeks to finally remedy.

This entry was posted in Rag Bloggers and tagged Books, Cholera, Health Care Reform, Naples in the Time of Cholera, Pandemics, World History. Bookmark the permalink.

2 Responses to Washington in the Time of Cholera : A Pandemic of Ignorance