We Are Citizens of Earth, Not Just Consumers: Fixing the Broken Economy Means Changing It

Although this article explicitly addresses the Canadian economy, the points these authors make apply everywhere. 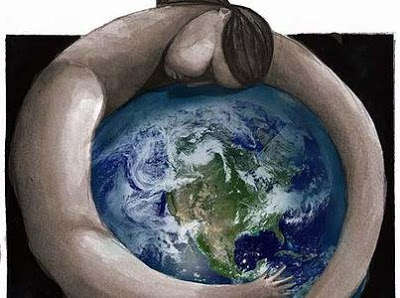 Amid the discordant clash of solutions being served up to address the global financial crisis, a common refrain can be heard: Most global leaders and their economic advisers key their policy prescriptions to “sustained economic growth.” The prevailing debate is how to get there most quickly. In Canada, how this debate plays out could bring down the government in a matter of weeks.

Unfortunately, it is the wrong debate. Neither the Conservative minority nor the opposition has proposed anything that will set Canada on a long-term path toward the kind of economy that will both provide for the well-being of Canadians and enhance and preserve the ecological community of which people are but one dependent part.

All eyes may now be on the kind of fiscal budget the Conservatives might produce next year, but a more essential budget also demands urgent attention: the global ecological budget. The financial crisis has brought into sharp focus the need to fundamentally change, not merely repair or rebuild, our economy. Because, quite simply, sticking with an economic model that is driving toward ecological catastrophe will kill us. So, it is essential to address the financial and ecological crises together.

The ecological budget, on which all life and, consequently, the human economy depends, is already in dramatic deficit. Why is this budget ultimately more important than the fiscal budget? Sept. 23, 2008, was Earth Overshoot Day. The period after Sept. 23 represents the time the human population causes an ecological deficit, using up the Earth faster than it can regenerate.

Here are six steps we can take toward a truly balanced budget that will allow Canadians, and all people on Earth, to live fulfilling, healthy, yet more ecologically compatible, lives.

Investments in new “green” technology need to be coupled to a regulatory structure that ensures that efficiency does not result in more impact, along with massive investment in creating or restoring natural systems that build bioproductivity. Economic policy must promote not more affluence as currently defined, but more sufficiency for all Canadians – so that all may live with self-respect, without overconsumption.

Perhaps most difficult to come to grips with is that Canada is an overpopulated country – if you compare the individual impact of each Canadian with what the Earth can withstand. We should escape from the current treadmill that considers more people necessary for more growth.

Lastly, we must greatly increase investment in educational and civic institutions that teach that we are not “consumers,” but citizens of the Earth, and guardians of life’s prospect on a small, beautiful and finite planet.

[Peter G. Brown is a professor at McGill University. Geoffrey Garver is an environmental consultant and lectures in law at Université de Montréal and Université Laval. They are co-authors of Right Relationship: Building a Whole Earth Economy.]

This entry was posted in RagBlog and tagged Ecology, Global Economy, Sustainability. Bookmark the permalink.