We Will Pay Because God Loves the Rich 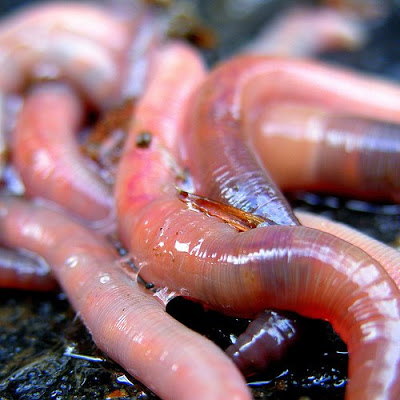 And as we all know, worms do not rise up in revolt. That takes a backbone.
Speaking in the Tongues of Brokers: The Bailout in Plain English
By Joe Bageant / October 2, 2008

Any number of cultural historians have noted the American belief that success is a sign of God’s favor. And over the past couple of decades he has had a downright love fest with the already-rich. So much so that the richest 400 Americans now have more money stashed away than the combined bottom 150 million Americans. Some $1.6 trillion bucks.

This was accomplished by selling off or shipping out every available asset, from jobs to seaports, smashing usury and anti-monopoly laws, raiding the public coffers and manipulating the medium of exchange and blackmailing the peasantry regarding common needs such as heath care and energy to keep their asses warm … to name a few. The ultimate coup was to convince the entire nation that the well being of the rich, meaning the well being of Wall Street, was indeed the common man’s well being.

All went well for a while. People went into credit card hock up to their noses in order to provide 26% credit card interest to Wall Street, etc. And when that became untenable, flimsy mortgages were cranked out by the millions ensuring that every American who could hold a crayon could sign to purchase a home. To facilitate this all sorts of shaky ‘mortgage instruments’ were created – balloon, (sign here Jeeter, you’re gonna flip it in a year and make a hundred K on this house trailer) interest only, and finally negative balance mortgages where you only paid part of the interest and the rest was rolled back into the principal balance. And joy of joys you could refinance a couple of times while the inflated value of these houses was on the way up. Life was good for everybody. The bill was never gonna come due because, god in his wisdom, had deemed that capitalism would defy the second law of thermodynamics and expand forever. So every time a bank made a mortgage loan of say, $400,000, even though the debtor had never even made a payment yet, the loan was declared a bank asset and another $400,000 was loaned against it. Meanwhile, the Federal Reserve Bank yelled whoopee and printed another $800,000 in currency. Of course at some point the country had to run out of customers, so the loans got easier and easier. No matter that debt is not wealth. Wink and call it that and most folks won’t even look up from their new big screen high resolution digital TVs.

Problem was that all the jobs to pay for this stuff were stampeding off toward places in China with names containing a lot of Xs, Zs and praying for a vowel. It was becoming clear that the entire economy was running on fumes. In fact less than fumes. It was running on the odor of paper. Mountains of the stuff. Bundles of mortgages and very strange securities and derivatives of unknown origin and value. Paper that stated its own worth and signed by some mystic hand no one could quite identify though the blurry signatures looked to read Greenspan, Paulson and Bernanke.

But there was a rub. Things reached the point where there simply was not anything left to defraud the public out of, nothing left to steal from the nation’s productive capability, no matter how much paper Jeeter and Maggie signed for that trailer house, no matter how secure Brian and Jennifer out there in Arlington Virginia and Davis California thought they were. So the only thing left to do was steal from future generations of Americans and accept an I.O.U. which the government would happily sign on behalf of the people and enforce. By the wildest coincidence, under the Bush administration this I.O.U. happened to tally up to about $700 billion.

Seeing the oncoming train of financial disaster, the financiers just about wet their pants, and screamed “We want it all now! And if we don’t get it the “economy” will lock its brakes and crash. Remember, we control the medium of exchange. Nobody gets a paycheck if we don’t. Remember that it’s lines of credit from us that back every working man’s and woman’s paycheck in the country. So pay the hell up”

Folks, they’ve got us all by the nuts and nipples. McCain knows that. Obama knows that. In the end, regardless of the so-called dissenters in the House and the Senate, we will pay up. It’s election season and the dissent is for show. So it looks like we will get some “concession.” For example, we will get shares in these “toxic assets” that are stinking up the joint. The rich need to dump them and dump them fast. In another magnanimous concession, the Federal Deposit Insurance Corporation will raise the insurance on “our savings” to $250,000 (how many readers have 250 K in the bank?). But it will be redeemable in even more inflated currency amid an inflationary environment. And, in case you didn’t know, the FDIC has up to ten years to pay up on that insurance. So don’t get any ideas about running off to Mexico, to which by the way, we are a net debtor nation.

And as we all know, worms do not rise up in revolt.

That takes a backbone.

Joe Bageant is author of the book, Deer Hunting With Jesus: Dispatches from America’s Class War. (Random House Crown), about working class America. He is also a contributor to Red State Rebels: Tales of Grassroots Resistance from the Heartland (AK Press). A complete archive of his on-line work, along with the thoughts of many working Americans on the subject of class may be found on ColdType and Joe Bageant’s website, joebageant.com.

This entry was posted in RagBlog and tagged Bank Bailouts, Banking, Economic Collapse. Bookmark the permalink.

2 Responses to We Will Pay Because God Loves the Rich