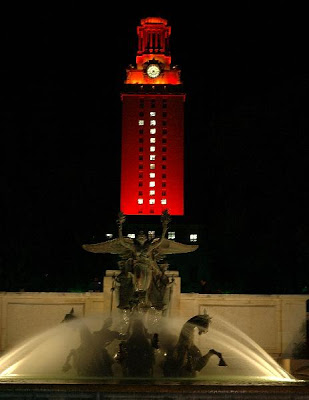 Texas Continues To Shine At Being Uninsured
By Olivia Flores Alvarez / August 26, 2008

Texas is at the top of the heap again – this time we are the most uninsured state, health care-wise, in the country. Woo hoo! Oh, snap, wait, that’s not a good thing, is it?

Some of the things that we have identified as contributing to the number of uninsured in Texas, with regards to health insurance, are the high number of small businesses that are paying a relatively low wage that we have in the state. Our number of people getting employer coverage is less than in other states. There’s an economic climate in Texas that is very much free enterprise, which affects that. Other factors are that health care cost more here. Also, we have overall lower household wages. Those are some of the factors that we looked at last year and they haven’t really changed.

Race and place of birth are definitely factors in getting – or rather not getting – health insurance. 32.1% of Hispanics in Texas are uninsured, but in all 49 other states, that rate was less than 20%. (Only Native Americans and Alaskan Natives rivaled the Hispanic rates, at 31.9%.)

For the country as a whole, 43.8% of non-citizens are uninsured, while U.S.-born citizens have only a 12.7% uninsured rate. Greeley said he didn’t have any comments on the possible correlation between race/place of birth and health insurance percentages.

But all hope is not lost.

Greeley says the state’s lack of health care coverage hasn’t gone unnoticed: “Texas has had a number of initiatives started to address the problem of the uninsured. There’s a lot of activity, a lot of legislative activity that is happening. We’re finishing up two interim studies.”

One of them is more affordable options for small businesses to offer health insurance, ways to make it easier for them including premium subsidies, help to cover the cost to the business. We’re also looking at that for individuals, other sources of funds that might be used to cover their health insurance premiums. We’ve also been involved, the Governor’s Office and other state agencies, in seeking a waiver from Medicare that would allow qualified individuals to use funds from Medicare to buy private health insurance.

Those programs should be in place in the next five to ten years.

Hope we can stay healthy that long. (Quick, nobody sneeze!)

This entry was posted in RagBlog and tagged Health Care, Health Insurance, Texas. Bookmark the permalink.