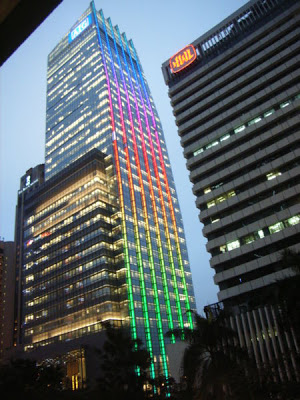 After four bailouts totaling some $170 billion, the American International Group has finally answered some of the questions about where the money went. Unfortunately, the answers have only succeeded in raising many more questions.

On Saturday, Americans learned that A.I.G. planned to pay $165 million in bonuses to executives and employees in the very division that caused the problems that led to the federal bailouts. Taxpayers have every right to be outraged, and President Obama was right to acknowledge that outrage on Monday, when he vowed to try to stop the payments.

Mr. Obama’s tough talk, however, contrasted with comments made by his top economic adviser, Lawrence Summers, and by the Treasury Department. They had already expressed dismay but said that legally they could do nothing to stop the bonuses, which, in fact, had already mostly been paid on Friday.

It is frustrating enough for Americans to try to figure out which part of that mixed message reflects the administration’s true position. But the bigger issue is that the bonuses are something of a distraction. Seen by themselves, the payments are huge, but they are less than one-tenth of 1 percent of the money already committed to the A.I.G. bailout.

Which brings us to the second disclosure of recent days. It was common knowledge that most of the A.I.G. bailout money had been funneled to the company’s trading partners — banks and other financial firms that would have lost big if A.I.G. were allowed to fail. On Sunday, after much prodding by Congress and the public, A.I.G. finally released the partners’ identities, along with amounts paid thus far to make them whole.

The largest single recipient was Goldman Sachs ($12.9 billion). The amount — hardly chump change even by Wall Street standards — appears to contradict earlier assertions by Goldman that its exposure to risk from A.I.G. was “not material” and that its positions were offset by collateral or hedges. If so, why didn’t the hedges pay up instead of the American taxpayers?

Altogether, the disclosures account for $107.8 billion in A.I.G. bailout money. Which leaves us wondering about the rest of the money. Another $30 billion was added to the A.I.G. bailout pot this month and must be accounted for as soon as it is spent. That leaves some $32 billion unaccounted for. Where did it go?

Taxpayers also need to be told the precise nature of the banks’ dealings with A.I.G. Appearing on “60 Minutes” on Sunday, Ben Bernanke, the Federal Reserve chairman, described A.I.G. as a company “that made all kinds of unconscionable bets.” Well, on the other side of those bets are the banks that received the bailout money. It is possible that one side of a bet is acting unconscionably and that another side is acting in good faith. But it’s also possible that both sides are trying to play an unseemly game to their own advantage.

Congress must investigate, and the new disclosures give them enough to get started. Untangling all the entanglements is not only essential to understanding how the system became so badly broken, but also to restoring faith in the government that it is up to the task of fixing it.