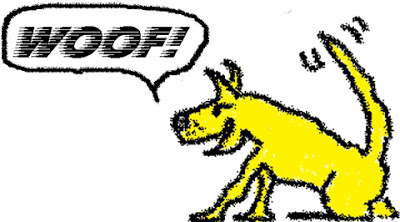 ‘What I’m bitching about is not disagreement over policy. It’s knowing how to do things, ANYTHING, using the tools of political science.‘
By Steve Russell / The Rag Blog / October 19, 2008

For the second time in my life, I have voted a straight ticket.

I’m a little surprised at myself that I am missing the emotion with which I did it the first time. I promised myself that I would vote straight ticket until everybody is home from Iraq or the Dems begin to own the war.

But, damn, there’s been so much disaster since the last time I did this, so much more revealed incompetence, that the war feels like it’s almost in the rear view mirror even though Paul [the author’s son] is supposed to deploy again early next year.

A sidebar to the economic tragedy is that a big reason we are dragging Europe and Asia down with us is because since the New Deal the world has had a high regard for the quality of American securities regulation. Notice that’s now in the past tense, but institutions overseas thought that if paper was legitimate enough to trade publicly on the US market it must be pretty safe.

Bet they won’t make the mistake of trusting us again, eh?

Makes me embarrassed for the country, just like when Bush “unsigned” the Rome Statute for an International Criminal Court, but in an area where the Repugs were supposed to be competent–finance.

International relations, disaster response, securities regulation….it all reminds me of the famous Casey Stengel line re the early Mets: “Can’t anybody here play this game?”

This game is government. And what I’m bitching about is not disagreement over policy. It’s knowing how to do things, ANYTHING, using the tools of political science.

Eisenhower, Nixon, Reagan, Bush I—they were Repugs and I did not always agree with them about what government ought to do but at least they knew how the damn thing worked!

Bush II has brought us to places I thought we’d never see.

And I hope we never see again….