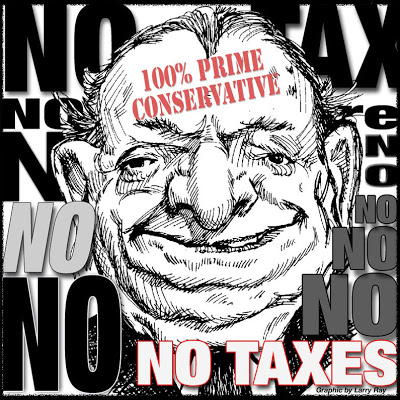 Stuck in a time warp of denial and obstinacy, it seems that conservatives today continue to thrash about as harsh reality bangs hard against their deep seated belief in some sort of fiscal tooth fairy.

The cable channels are choked with yowling, contumacious conservatives who rail against President Obama’s emergency stimulus bill and a federal bailout of failed financial institutions. What makes them “conservative?” Defining “conservative” as it applies to today’s obstreperous orators is not an easy thing to do.

The shaping and molding of today’s conservatives has taken a twisting path over past decades. From the Whigs of the 1830’s to the early twentieth century when Teddy Roosevelt’s governing style was more as a Progressive than a Conservative, on to the promises of Herbert Hoover that prosperity was just “on the horizon,” defining conservatives has been but a series of redefinitions.

Other evolutionary benchmarks include William F. Buckley, Jr’s founding of The National Review in 1955. It was a magazine where writers could express their disagreements with liberal views and leadership. Buckley attracted the strident anti-communist, Robert W. Welch, Jr., who founded the John Birch Society and helped bankroll the new right wing magazine. The anti-left, anti-liberal movement picked up steam in the 1970’s with Irving Kristol’s attacks upon those whom he saw as “soft on communism.” Kristol is credited with starting the neoconservative movement which ultimately produced the likes of Dick Cheney, Donald Rumsfeld, Paul Wolfowitz, and most of the top players in the eight years of the George W.Bush administration.

But, in a few words, what do conservatives believe today? What do they want from government? The conservative family tree is a murky genealogy. It ranges from Whigs to Libertarians to the influence of Russian immigrant and popular author, Ayn Rand, whose “Atlas Shrugged” is still a top seller on Amazon. Rand, to me, was like the oracle Sibyl, because her populist political pronouncements are interpreted so broadly from opposing poles.

It has been noted that, “On the left, linguist and analytic philosopher Noam Chomsky considered Rand “one of the most evil figures of modern intellectual history.” On the right, conservative commentator William F. Buckley, Jr. declared: “Ayn Rand is dead. So, incidentally, is the philosophy she sought to launch dead; it was in fact stillborn.”

More recently, Social scientists at UCBerkeley undertook a detailed non-judgmental study of “consistent underlying motivations of politically conservative agendas.” It basically boils down some of the common psychological factors linked to political conservatism which include:

Prof. Jack Glazer of the University of California explains, “Conservatives don’t feel the need to jump through complex, intellectual hoops in order to understand or justify some of their positions. They are more comfortable seeing and stating things in black and white in ways that would make liberals squirm.”

That certainly seems to apply to the flat statements of present day conservatives like Eric Cantor, John Boehner, and certainly John McCain. “Our plan would create 6 million jobs,” is a common claim they present. However no one has ever bothered to explain their “plan” and how it would create jobs. Conservatives seem to believe, just as they believe they are going to heaven, that if we only granted tax cuts, tax credits and tax-rebates without actually spending any money, we would create 6 million jobs and overcome a recession. They also call for “Victory in Iraq” which is equally undefined, and undefinable.

So, what is left of the so-called conservative-base today are at each others throats. Radio entertainer Rush Limbaugh, exploits their discord, whipping up a frenzy. It seems so difficult for conservatives to admit they may be wrong. It is equally hard to admit that Limbaugh is playing them all like a cheap guitar while he rakes in millions from his outrageous radio show.

Howard Gardner, a psychologist at Harvard University, asks, “Why, then, do right wing partisans ignore this evidence and continue to support policies that are patently dysfunctional? I believe it is because, having stated a position, based on either their own family values or those dictated by their religion, they are loathe to change their minds and declare that they have been wrong.”

British Economist, John Maynard Keynes’ economic policies basically state: “The modern capitalist economy does not automatically work at top efficiency, but can be raised to that level by the intervention and influence of the government.” Such governmental control is anathema to conservatives. Today, they refuse to admit that their gradual removal of the Keynesian oversight of banks and Wall Street largely brought about the mess we are in today.

Stuck in a time warp of denial and obstinacy, it seems that conservatives today continue to thrash about as harsh reality bangs hard against their deep seated belief in some sort of fiscal tooth fairy.

Rush Limbaugh this afternoon reached new heights of megalomania when he invited President Obama to come to his studio and debate him. Regarding the invitation, Mr. Obama will certainly apply his understanding that, “If one finds oneself in an argument with a fool, make sure he is not similarly occupied.”