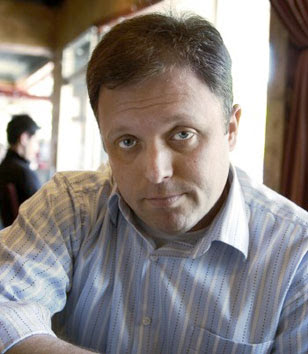 In an article ironically entitled ‘Avoiding Overconfidence and Cynicism in the Age of Obama,’ an article that is being widely circulated on the Left, Tim Wise goes well ‘over the top’ in issuing highly counterproductive and inflammatory categorical denunciations of anyone who has severe misgivings about the irrational jubilation being expressed by progressives over the election of Barack Obama, most of whose major stated policy positions as a candidate were decidedly UN-progressive.

In vindictive and self-centered denunciation of legitimate progressive viewpoints that do not happen to conform with his own, Mr. Wise graces us with such edifying thoughts as “those who cannot appreciate what has just transpired are so eaten up with nihilistic rage and hopelessness that I cannot but think that they are a waste of carbon, and actively thieving oxygen that could be put to better use by others”, and he actually directly addresses these people, whom he has so narrow-mindedly pigeonholed, according to his own narrow and self-centric perspective, with the crude epithet, “Screw You”. With all due respect to Mr. Wise, and the overwrought jubilation he is obviously feeling, this kind of self-important, self-serving rhetoric can only be divisive, and will only serve to inhibit our efforts, as progressives, to find the means to create ongoing organizational unity.

It is no surprise that Mr. Wise, who is identified in the brief bio that accompanies his article as an “anti-racist activist”, would offer a largely race-based perspective. There is certainly no harm in that, in and of itself. I hold a great deal of respect for that perspective. But Mr. Wise feels compelled to go far beyond expressing his jubilation, to include a vindictive denunciation of anyone who is looking past this one narrow aspect of the implications of Obama’s election.

If we look at what is happening from the post-racial perspective that Barack Obama himself promoted, we might see that beyond the ‘victory’ that some feel, in that a mixed-race African American has been elected president, Barack Obama has not represented himself as ‘progressive’ in the most important and defining major policy positions he has established.

In an election cycle that was almost totally focused on ‘narrative’, and ‘character’, rather than substance, Mr. Wise categorically denounces, (as nihilists, and with other inflammatory epithets, as well as his provocative “screw you”), those who have looked past the foolishly short-sighted bamboozlement of ‘narrative over substance’. Anyone who is willing to maintain Reason in the face of the widespread irrational jubilation we are witnessing, anyone who is willing to look beyond narrative to the actual issues themselves, has every reason to be alarmed, and the irrational exuberance being expressed by so many comprises a significant area of concern in itself. Mr. Wise even goes so far as to castigate anyone who is not participating enthusiastically in this foolish exercise in willfully ignoring reality with his inflammatory denunciations.

To listen to Mr. Wise’s divisive rhetoric now, one wonders if he celebrated the appointment of Clarence Thomas to the Supreme Court simply because he is African American? While Barack Obama is certainly more palatable to the progressive viewpoint, by a quantum leap, than Clarence Thomas, his stated policy positions are indeed extremely problematic for anyone who hopes that the nation will move in a progressive direction.

Barack Obama deliberately, and many would say cynically, wrapped himself in the ‘narrative’ he defined by his soaring rhetoric, while at the same time he established major policy positions that are in complete conflict with the heroic rhetoric itself, and with the carefully packaged narrative it promoted. Beneath his inspiring rhetoric, he has offered up only minor proposals to placate progressives, while he adheres closely to major policies that serve the staus quo power structure, while packaging the whole shebang as “change”.

He is NOT, and never was, an anti-war candidate. He merely opposed the Iraq war before it started for pragmatic reasons. He does NOT intend to end the war. He only intends, as he has stated clearly, to reduce troop strength in Iraq to about 40% of its current level, and to redeploy troops to the huge permanent bases that Haliburton has built in commanding positions over the oil fields.

He avidly supports the US Imperial Mission. He has endorsed the major tenets of the Bush Doctrine, including military incursions into sovereign nations whenever it suits our unilaterally determined self-interest.

He is an unabashed and enthusiastic supporter of the criminally cruel apartheid Zionist project. He has agreed to pretend that the cruel military occupation that Israel has maintained over an entire nation of people for over 40 years simply is not taking place.

He ignores Israel’s possession of nuclear weapons, while he pledges to use “any means necessary” to prevent Iran from developing even its independent peaceful nuclear capacity.

He has promised to “beef up” the US military budget, when we already spend more than the rest of the world combined on weapons and military capacity.

His FIRST significant act as President-elect has been to appoint an avowed Zionist as his chief of staff.

On the domestic front he has received massive financial support from Wall Street investment bankers, and has already rewarded them in return with his assistance in ramming the disgraceful ‘bail out’ of obscenely wealthy Wall Street bankers by reaching into the pockets of the common citizens, while they kicked and screamed and shouted out in outrage. He avidly helped stampede this historically disgraceful travesty past Congress, without hearings, without consideration of alternatives that might benefit the nation’s citizens rather than wealthy financiers. He did this with completely insulting contempt for the ‘will of the people’, directly ‘in the face’ of the VAST majority of the citizenry that was crying out in protest against this bailout of the rich by their victims.

His health care proposal carefully preserves our universal need and desire to be healthy as a lucrative profit opportunity for the insurance and health care industries. In order not to anger some of his major backers, he has carefully avoided any suggestion of a ‘medicare for all’ one-payer system that virtually every other country in the developed world has adopted as the only sane way to deliver the highest quality health care at the most reasonable cost.

How or why could anyone possibly consider this man a ‘progressive’? Are we such ‘rubes’ that all it takes is some gilded rhetoric, some smoothly silver-tongued sweet talk, to make us swoon helplessly into a pliant willingness to ignore the very facts of reality that we can see and hear with our own eyes and ears?

Mr. Wise, with his nonsensical contention that we should ignore Obama’s clearly stated policy positions in our jubilation over the fact that an African American has been elected president, only contributes to the atmosphere of irrational exuberance that is going to do harm to the progressive cause. It is certainly going to delay, and it even might possibly deliver a significant blow to, the necessary organizational steps we need to resolve ourselves to take in order to advance a progressive agenda.

But I feel like I am shouting into the roaring winds. Not that I am by any means alone. But those of us who realize that the progressive cause was NOT represented in this election, are now finding ourselves directly subjected to insulting epithets by those who insist that all progressives should be dancing in unbridled jubilation because a charismatic African American ‘centrist’ who has declared himself a supporter of US militarism, apartheid Zionism, free market economics, and the socialization of investment risk backing up the privatization of profit, has been elected president.

The willful ignorance of reality that is at the root of this jubilant celebration of ‘narrative over substance’, is a sort of ‘social madness’, a willful abandonment of Reason, that obviously must run its course. Any who are apart from it, any who are in control of their faculties of Reason in the face of this exercise in mass irrationality, must surely be watching in awe as we witness this stark example of the power of mass media to ‘sell’ any narrative at all, even when that narrative stands in direct contravention to the actual known facts.

It is certainly sobering to witness that even progressives who talk a great deal about the power of media to bamboozle the people, are not in any way immune to this power ourselves.

This entry was posted in RagBlog and tagged Barack Obama, Progressive Movement. Bookmark the permalink.