The Blame Game : Reform is Bigger than Obama 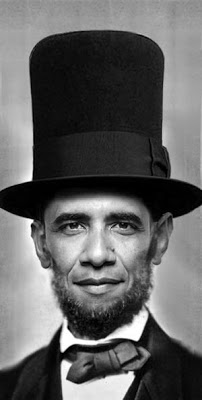 People on the left make a serious mistake by blaming Obama for the slow pace of reform, and becoming disillusioned. Disillusionment leads to demoralization, not action. The one-year anniversary of the presidential election provides a hook for all kinds of venting.

“Now, today, the Big Hope president has virtually nothing of import to show for nearly a year in office,” David Michael Green, a Hofstra University professor, writes on his website, The Regressive Antidote. He then offers a stream of vituperation about Obama’s failure to lead, capitulation to the right, and lack of political sense and vision. Green doesn’t analyze these alleged failures; he simply savages the president’s personal qualities.

Ironically, Green’s attack came as the House of Representatives made history by passing national health insurance reform legislation. Of course, the House bill doesn’t live up to everything the president promised, and the final version that gets through the Senate and reconciliation and then lands on his desk is likely to be even further from ideal. But we have been waiting 70 years to witness any movement toward universal health care and are now on the cusp of seeing it.

Many critics correctly question Obama’s reliance on Wall Street enablers for key economic advice, and doubt the Obama team can reverse the rising tide of unemployment and underemployment. There is deep anxiety about the president’s decision to send more troops to Afghanistan, despite growing evidence that this war is as foolish, futile, and feckless as any military adventure the United States has previously undertaken. And Obama has not consistently taken the high road on global warming, workers’ rights, gay rights, and civil liberties.

Blaming Obama, however, is simplistic. Yes, he has to be held to the promises he articulated and the hope he inspired. But the first question we must ask is why those hopes and promises are so elusive.

Is it really because Obama and his administration have betrayed us, or demonstrated their weakness or cowardice, or were tricksters from the start? A more accurate diagnosis would start instead with the fact that all of the major reforms promised have been fiercely resisted by the main centers of power in society — the corporate elite and the military industrial complex.

People on the left typically use a power structure analysis to explain the limits of democracy in the United States. Yet, for some reason, many people seem to have hoped that Obama would override all that, and do so in less than a year.

Obama, however, knew from the start that his stated goals would be powerfully resisted. Accordingly, he has spent his first year in office devising compromises to help overcome some of that resistance, so that a semblance of reform might happen.

To understand this, consider the positions of the corporate and bureaucratic power centers:

In the face of resistance, President Obama formulated a strategy to deliver needed reforms. He reassured Wall Street by appointing Tim Geithner and Larry Summers to run economic policy and financial reform; he forced key congresspersons to “own” health care reform by giving them responsibility for shaping the legislation, and he compromised with drug and hospital lobbies; he moved slowly with reforms affecting the CIA and Pentagon; and he backed a “cap and trade” approach to carbon emission control.

We remember FDR, JFK and LBJ as bold reformist presidents, forgetting their actual records. FDR made major and harmful compromises on social security, the Wagner Act and civil rights. Kennedy tried mightily to contain the civil rights movement and ordered FBI surveillance of Martin Luther King. He launched a huge arms race with the USSR, was afraid to recognize Communist China and invaded Cuba. Johnson could not figure out how to end the Vietnam War, even though he believed it would destroy his legacy. And his great health care reform, Medicare, was itself a compromise, covering only those over 65.

The entire history of successful reform emanating from the White House is replete with corporate and political compromises. Always ingrained in the thought process of successful politicians is the mantra we now hear channeled through Rahm Emanuel, who says, in effect: “We can’t let the perfect be the enemy of the good. We need to pass something even if it is quite flawed. We can work to improve it down the line.” Such maxims summarize the limits of presidential power in the face of power elite resistance.

People on the left make a serious mistake by blaming the president for the slow pace of reform, and becoming disillusioned. Disillusionment leads to demoralization, not action. On the other hand, the leaders of progressive organizations on the national level have so far been making an even bigger mistake: spending their resources on mobilizing support for the White House agenda.

What we need from here on in is a national coalition aimed at mobilizing grassroots support for “keeping the promises” — a coalition that aims beyond what is immediately possible, and makes strategic demands that challenge the agenda of the president and his party.

Right now, such demands could include:

These goals are interrelated. A massive investment in renewable energy, conservation and alternative transportation will create jobs. Investment funding can come from reducing the war budgets. Energy alternatives will reduce the obsession with Middle East oil that drives our international policy.

A revitalized progressive coalition at the national level, independent of the Obama administration but embracing its original goals, would be a counterweight to the corporate, financial and military sectors that currently hold sway. Indeed, such a coalition should aim to encourage divisions in the power elite — a vibrant, green economy would benefit businesses, and relief from the wars would be welcomed by many in the military.

During the campaign, Barack Obama repeatedly said that change was up to us. He can be a great president, if and when we make him one.

[Sociologist and educator Richard Flacks has been a progressive activist for 50 years. He can be reached at flacks@soc.ucsb.edu. His blog is here].

4 Responses to The Blame Game : Reform is Bigger than Obama