Alyce Guynn : On the Passing of Poet Susan Bright 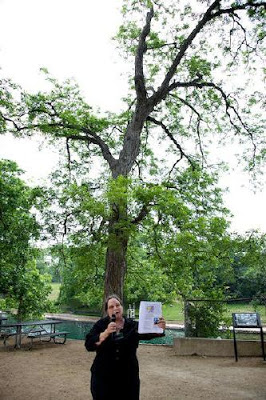 See details about the memorial service for Susan Bright below.

When family, friends and fans of Susan Bright assemble at Barton Springs on Sunday, January 16, to honor and remember her, the crowd will likely be as varied as Susan’s life. She was widely known and well loved.

Susan Bright died December 29, 2010, at the age of 65. She is survived by her husband John Andrews and son Daryl Bright. She was a poet, author of 19 collections of poetry, founder of Plain View Press, which has published over 350 books with works by over 500 writers. She was a peace and environmental activist, educator, wife, mother, grandmother, friend, and feminist. She lived in Austin, Texas, where she was a year-round lap swimmer at Barton Springs.

Susan was much to many. Her efforts to preserve Barton Springs (a landmark three-acre spring-fed pool in Austin’s Zilker Park) led environmental activist Bill Bunch to call her the “oracle of Barton Springs.” According to Bunch, the executive director of the Save Our Springs Alliance, “She knew the springs like no one else. Her poetry will guide community efforts to save the springs for decades to come.”

To me she was a mentor, publisher, poet, but most of all a dear and generous friend. Although we had known each other peripherally during the 1970s, we became friends in the late 1990s when I enrolled in one of Susan’s workshops.

Walking into Susan’s living room was walking into a womb of creativity. She opened her house for writing workshops and poetry readings and invited the muse to make herself at home. I am among many who are indebted to Susan for encouragement and support; one among many to whom she helped give voice.

To me Susan embodied the feminine principles of strength and gentleness in one package. She could be fierce in defending people she loved, causes she felt just. And she could be just as gentle in her nurturing, generosity, caring. I picture the Tarot card, where Strength is depicted as a woman gently holding open the mouth of a lion.

Susan’s inviting me to be part of a publishing lab provided a platform from which I was able to dive deeper into my creativity. Although I had written, even performed, for years, it was Susan who convinced me that my collected work deserved to be published. And she did it. She believed in me. I am not unique as a recipient of her confidence and commitment.

We shared so much more than our writing. We shared the joys and sorrows of parenting. We shared the appreciation of beautiful jewelry, interesting tales, good food. She and John and Daryl welcomed me into their home, where I felt like a member of the family, right along with the menagerie of dogs and cats and the bird in the bathroom. They lavished me with love and acceptance, gave me practical gifts like a computer. Oh, I owe so much.

But our love and enthusiasm for writing formed the foundation of our friendship. Susan and I wrote poems for/about each other.

Swimming to Avalon
for Susan Bright

Her daily bathing builds strong muscles
to support dry bones
builds strong friendships, sense of community
among other holy dippers swimming to Avalon
or Jerusalem, one mile at a time

Stretching to salute the sun
she hums a familiar Beatles’ tune
while she listens in waves to the orchestra
playing water
she dives into bright green deep of Barton Springs
while one, more shy, studies a pale mauve
shadow emerging from stones in the shallow end

She is healed in the honored history
steeped in the watery mystery
renewed, day and day again

(first published in 2001 in a di-verse-city odyssey)

Goin’ down on Alyce

(for Jesse Guitar Taylor, 1951-2006,
written several years ago after a cool birthday party
for Alyce Guynn)

Upstairs, in the back room, at Threadgills
where someone, sometime before 1971
spray painted “Janis sang here” on the cement front
of an old gas station cafe, there’s a Texas
Music Museum now, a bar and a party room —
where you can buy a country turkey
dinner for Thanksgiving, or Christmas.

Alyce held her 61st birthday party there tonite
and invited her musician friends to play —
music legends like John Reed, and Jesse Guitar Taylor.
Mandy Mercier played and belted out song after
song. It was hopping and Alyce was in heaven
or thought she was —

We are proud of our musicians here, the ones who
stay up all night, work all day, fill our rooms with
virtuosity, delight our hearts, make us laugh, cry,
sing along. There are three John Reeds Butch Hancock
explained after I met one’s grandmother
in Amarillo — which one I never figured out,
and he wasn’t there tonite.

There is one Jesse Guitar Taylor, one winding complex
guitar lick that’s danced around every West Texas singer/
songwriter for 30 years. We call him Mr. Guitar. He sings
like Wolfman Jack, a deep growling sound I’m not sure
he can still hear, after years of standing next to
rock and roll speakers. But he can play —

There is one Mandy Mercier, finger picking and wailing
on the violin, deep blues voice belting out rich tones,
brilliant songs. Mandy is a friend of mine, reminding me
why we have voices and like to tap our feet. I met
her through Alyce, who was on cloud nine, having
her picture taken with her children, listening to music
with her friends, at least she thought she was.

But it wasn’t until the end of the show, when the
flajitas and queso were almost gone and the iced tea
in the container marked lemonade was half full.
It was about the time the chocolate cake was replaced
by mysterious and delicious brownies. The room was
still full, old friends hanging on to the moment
and the music, when Jesse stepped over to the table
right up front where Alyce held court, and reached
to touch lightly one finger on her left hand.

And then he played. To Alyce — he bowed down,
let that old guitar wail out the most beautiful riffs
I’ve heard him do, this musician who can stop
anyone mid-step, hold our attention in a swell
of embroidered melody, which he did, for Alyce
who thought she was in heaven, honored,
knowing she was part of a new piece of Texas
music history, on her birthday. But she wasn’t
there yet.

And she didn’t care, or even know it because the
ride was wondrous, all those notes, weaving
us into a rich Alyce fabric, silky and fine —
which was about the time Jesse knelt down,
bending again sweetly, gray hair tied back,
a thinner, aging face that might end up
beautiful, odd, because Jesse has always looked
like a prize fighter. But tonight, as he knelt down to
play for Alyce, as the most delicate guitar
sounds possible laughed around us,
Jesse was a melodic angel.

And when he let go of the last exquisite note —
he reached out and again softly touched her hand.
And bowed. And turned back to the band, turned
again, spread out his arms and called out,

“We love you Alyce.”

People talk about Susan’s brilliance. One spoke of her as a bright star that will continue to illuminate our sky. A participant from one of her writing workshops speaks of her Bright Legacy. So many of us whose lives she touched, were made a little lighter with her laughter, brighter through her radiance.

Susan’s passing is a huge loss to our community — to the world — and a deep, personal grief for me. It has been impossible to comprehend. Yet, she has left us a Bright Legacy that will live on through her words, through the poets and writers for whom she provided platforms from which to dive deeper, leap higher.

[Alyce Guynn’s poetry appears in Feeding the Crow and Deal Me In, a book of her love poems illustrated by Jesse “Guitar” Taylor. A former reporter for the Austin American-Statesman in the ‘60s, Alyce never wrote for The Rag, but read it regularly. Alyce also works as an antitrust investigator for the State of Texas.]

Other places to read about Susan Bright: 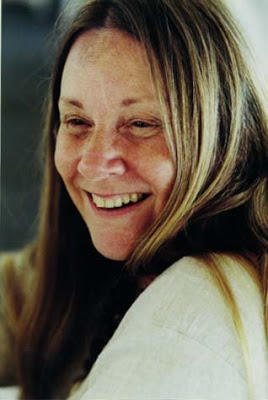 The Susan Bright Memorial and Swim will be Sunday, January 16th at 11 a.m., at (and in) Barton Springs pool in Austin, Texas. It will be an open service. Afterwards, there will be a pot luck gathering in the Tree Court.

The gate on the south side will be open for free parking and the pool area has been secured for this purpose. The celebration will include an open mic for all to share their stories. The pool will be open for swimming. Please join us for this event to honor the life of Susan Bright and the gifts of words she honored and we carry forward.

You can contribute to the Susan Bright Writer’s Memorial Fund to support writers and poets in lieu of flowers or gifts. Website orders also support the press and the current writers.

2 Responses to Alyce Guynn : On the Passing of Poet Susan Bright