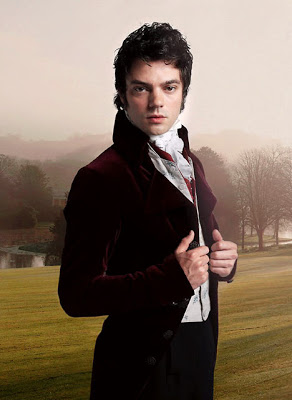 Maureen Dowd hits the nail on the head
By Steve Russell / The Rag Blog / August 4, 2008

Maureen Dowd is no Molly Ivins, but sometimes she can both hit the nail on the head and deliver a chuckle (if not the roaring belly laughs that were Molly’s stock in trade).

I don’t fear that progressives will not hold Obama’s feet to the fire.

I fear that America is not ready to vote for a non-white President. I’ll say it again: the Dems are the left party and they nominated Obama JUST BARELY. Polling suffers from the Tom Bradley error on one side and the no land line error on the other. I just don’t know. I want to believe we’re past color but it’s hard to see right now…

Folks, when it became public knowledge that I’m enrolled Cherokee, thanks to the Austin paper, my IQ went down 20 points over night. Most of the people who did not suddenly treat me differently are on the Rag list. And my experience was AUSTIN, for crying out loud, which was weird enough to vote for me [for Travis County judge] in the first place.

I can’t help but think black is a harder sell than American Indian and most of the country is not as far towards post-racialism as Austin.

Please, let me be wrong!

WASHINGTON — It is a truth universally acknowledged that Barack Obama must continue to grovel to Hillary Clinton’s dead-enders, some of whom mutter darkly that they will not only not vote for him, they will never vote for a man again.

Obama met for an hour Tuesday with three dozen top Hillaryites at a hotel here, seeking their endorsement and beguiling their begrudging. He opened the session by saying that he knew there had been frustration about what they saw as sexism during the primary.

The Los Angeles Times reported that Hillary die-hards want to enshrine a whine in the Democratic platform about how the primaries “exposed pervasive gender bias in the media” and call on party leaders to take “immediate and public steps” to denounce any perceived bias in the future. That is one nutty idea.

Perhaps it is because feminists are still so busy cataloging past slights to Hillary that they have failed to mount a vivid defense of Michelle Obama, who has taken over from Hillary as the one conservatives like to paint as a harridan.

Before the Obama campaign even had a chance to denounce Ludacris, one of the rappers on the senator’s iPod, Hillary Inc. started to mobilize. Susie Tompkins Buell, a former Clinton bundler, told The New York Observer that Obama had to distance himself, given Ludacris’s new song rooting for Obama to “paint the White House black” and calling Hillary the b-word.

Despite Obama’s wooing, some women aren’t warming. As Carol Marin wrote in The Chicago Sun-Times, The Lanky One is like an Alice Waters organic chicken — “sleek, elegant, beautifully prepared. Too cool” — when what many working-class women are craving is mac and cheese.

In The Wall Street Journal, Amy Chozick wrote that Hillary supporters — who loved their heroine’s admission that she was on Weight Watchers — were put off by Obama’s svelte, zero-body-fat figure.

“He needs to put some meat on his bones,” said Diana Koenig, a 42-year-old Texas housewife. Another Clinton voter sniffed on a Yahoo message board: “I won’t vote for any beanpole guy.”

The odd thing is that Obama bears a distinct resemblance to the most cherished hero in chick-lit history. The senator is a modern incarnation of the clever, haughty, reserved and fastidious Mr. Darcy.

Like the leading man of Jane Austen and Bridget Jones, Obama can, as Austen wrote, draw “the attention of the room by his fine, tall person, handsome features, noble mien. …he was looked at with great admiration for about half the evening, till his manners gave a disgust which turned the tide of his popularity; for he was discovered to be proud, to be above his company, and above being pleased.”

The master of Pemberley “had yet to learn to be laught at,” and this sometimes caused “a deeper shade of hauteur” to “overspread his features.”

The New Hampshire debate incident in which Obama condescendingly said, “You’re likable enough, Hillary,” was reminiscent of that early scene in “Pride and Prejudice” when Darcy coldly refuses to dance with Elizabeth Bennet, noting, “She is tolerable; but not handsome enough to tempt me.”

Indeed, when Obama left a prayer to the Lord at the Western Wall in Jerusalem, a note that was snatched out and published, part of his plea was to “help me guard against pride.”

If Obama is Mr. Darcy, with “his pride, his abominable pride,” then America is Elizabeth Bennet, spirited, playful, democratic, financially strained, and caught up in certain prejudices. (McCain must be cast as Wickham, the rival for Elizabeth’s affections, the engaging military scamp who casts false aspersions on Darcy’s character.)

In this political version of “Pride and Prejudice,” the prejudice is racial, with only 31 percent of white voters telling The New York Times in a survey that they had a favorable opinion of Obama, compared with 83 percent of blacks.

And the prejudice is visceral: many Americans, especially blue collar, still feel uneasy about the Senate’s exotic shooting star, and he is surrounded by a miasma of ill-founded and mistaken premises.

So the novelistic tension of the 2008 race is this: Can Obama overcome his pride and Hyde Park hauteur and win America over?

Can America overcome its prejudice to elect the first black president? And can it move past its biases to figure out if Obama’s supposed conceit is really just the protective shield and defense mechanism of someone who grew up half white and half black, a perpetual outsider whose father deserted him and whose mother, while loving, sometimes did so as well?

Can Miss Bennet teach Mr. Darcy to let down his guard, be more sportive, and laugh at himself?