Diana Claitor : Why We Need To Protect Texas Inmates 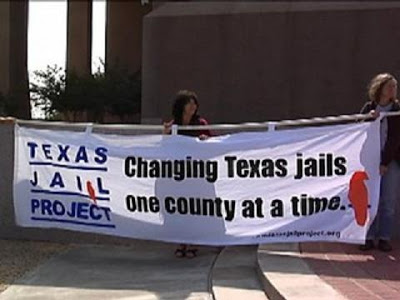 Texas Jail Project director Diana Claitor will be Thorne Dreyer‘s guest on Rag Radio on KOOP 91.7 FM in Austin, Tuesday, October 19, 2-3 p.m. (CST). To stream Rag Radio live, go here. To listen to this show after the broadcast, or to listen to earlier shows on Rag Radio, go here.

Protecting Texas inmates:
Why do we need another law?

I often hear about how stupid it is that Texas and other states have to pass bills and create laws to ensure care for pregnant inmates or to stop the shackling of nonviolent women during childbirth. Folks say, “Why don’t people in charge just do the right thing?”

Probably because those in charge are human beings and make mistakes — and because they don’t always do the right thing. Like when sheriffs and jail administrators release inmates in dangerous locations after dark.

Texas Jail Project recently found out about a man with a mental disorder who was shoved out of the Val Verde County facility, onto the county road outside Del Rio. Traumatized and lacking any information about where the town was, he walked up and down the road for hours in the dark until a deputy felt sorry for him and drove him into town.

A typical response to stories like that: “Well, that’s an isolated case. You’re going to have that happen with some 245 jails all over this huge state.”

But it’s turning out not to be so isolated. We have received detailed accounts of similar releases at night in Houston, and in Seguin over in Guadalupe County. Even worse cases are coming to light, including two releases outside Brownsville that resulted in women being hit by cars. Both woman died, one of them this past summer. Priscilla Falduto was 27. 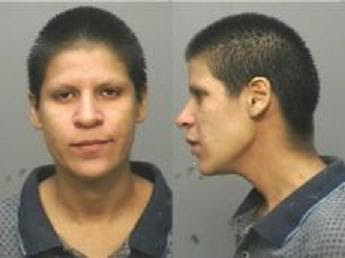 Patricia Falduta, who was arrested for swimming nude in a Brownsville park fountain, was killed when struck by a car after being released from custody on a highway close to the jail.
Brownsville citizens wrote to their newspapers in outrage and contacted their elected representatives. Texas Jail Project brought these examples up to the Texas Commission on Jail Standards in the past month, but director Adan Muñoz says it is outside their purview — that when and where people are released is under local control.

“The sheriff can’t be told when and where inmates are to be released,” says Muñoz.

It seems to me that the legislature could pass a state law requiring that county jail inmates be released during daylight hours (like at Texas state prisons) at safe locations where transportation and a phone are available — thus ensuring that inmates are not treated like so much garbage, to be put out at night.

The general idea of incarceration is that jails should hold people safely until it is determined whether they have broken the law or not. In the latter case, or after bail is made, they are released — and we want that to be a safe release.

So it looks like we actually do need a new law, to require sheriffs and counties to be as careful in how they restore freedom as they are (or should be) when holding a person in custody.

If, however, any of you readers should discover that human nature has changed and that people in charge have started making sure that each inmate gets released safely, let me know — it will be a huge relief.

Please help us at the Texas Jail Project to research and publicize this problem.

[Diana Claitor is director of the Texas Jail Project, an organization dedicated to improving conditions for the approximately 70,000 people incarcerated in Texas jails on any given day. Visit www.texasjailproject.org to learn more or to help support their efforts.] 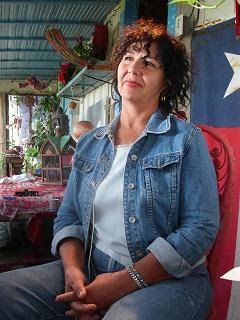 The Texas Jail Project is having a fundraising event Saturday, November 6, from 7-10 p.m., at 3209 Hemlock Ave. in Austin. Special guest will be TJP co-founder and award-winning author and activist Diane Wilson. Wilson will speak about the history of the Texas Jail Project and her experiences in the Harris and Victoria County Jails, and she will also tell about being arrested in Washington D.C. after disrupting two Senate hearings on the Gulf oil disaster.

Wilson will also preview her new book, Diary of an Eco-Outlaw: An Unreasonable Woman Breaks the Law for Mother Earth, to be published in the spring of 2011. For more information on this event, please contact Diana Claitor at diana@texasjailproject.org or call (512) 597-8746.