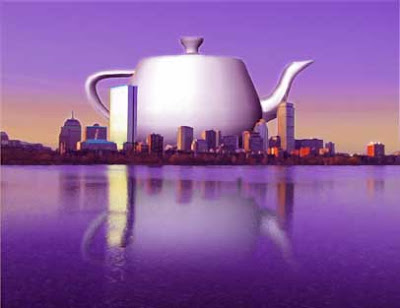 The right-wing information machine is very adept at wiring for its followers a collective memory that filters out contradictory information.

The first entry in this series sought to move toward an explanation of how so many Americans readily believe false, and often preposterous, claims.

Mary Matalin and others easily get by with claiming that the Great Recession and high unemployment were due to Democratic efforts to regulate the economy. This is believed by millions who needed no factual information to support the claim. People believe these things because their thought processes have been influenced by various forms of collective meaning assignment. They watch Fox News, listen to Glenn Beck, go to a Sarah Palin rally, or talk to co-religionists after their church service.

Scholars associated with the Cultural Cognition Project showed how people adopted positions on matters such as global warming as a function of their group identity and political affiliation. This probably also explains how four highly educated U.S. Supreme Court justices found it possible to scuttle decades of precedents in declaring that the Affordable Health Care Act was not justified by the commerce clause of the Constitution. One, Antonin Scalia, was so politically agitated that he used the occasion to rant against Barack Obama’s recent executive order on immigration law enforcement policy.

It is possible to understand even more why so many people adopt strange positions and policies that work against their best interest when we consider what is known about collective memory or selective memory.

Collective memory works like “mythic history,” according to Pierre Nora, a French expert on history and memory. It replaces real history and is fervently believed. Collective memories are about our identities, so strong emotions reinforce them. That is why they are considered sacred.

The term “collective memory” is useful and evolved out of Emile Durkheim’s concept of collective consciousness. Yet, we know that there is no particular place in a collectivity where a memory is stored. It is a common memory existing in the minds of members of an identity group and also in symbols, texts, and other parts of a culture. It is a product of culture and identity and is not genetic in any way.

Some members have a stronger emotional attachment to it than others. The concept is an effort to get at how people’s thinking is shaped by a culture or subculture and by membership in a group.

According to Peter Novick, “Collective memory simplifies, sees events from a single, committed perspective; is impatient with ambiguities of any kind…” It overlooks historicity all the complexities involved with examining events in different contexts and in another time. It provides “imaginary representations and historical realities” that are deeply rooted in cultural identity and the values of an imaginary community.

Collective memory emerges from social arrangements and the “ways minds work together in society,” and “totemic meanings” emerge that are part of a community’s super-ego. It is an imaginative form of historical consciousness based “more on myths than facts.”

In brief, collective memory refers to how people recall in the context of a group. It is never objective or value-free, and it reflects simulations of the past shaped by present needs. It can be politicized memory.

Its formation is, according to Nora, “largely unconscious” and it “accommodates only those facts that suit it.” Collective or social memory, when it appears in a political context, can be very malleable. For example, the Tea Party people initially were angry about Wall Street abuses, but they were soon convinced that it would be un-American to punish or regulate the irresponsible bankers.

The right-wing information machine is very adept at wiring for its followers a collective memory that filters out contradictory information. This is why very few conservatives can bring themselves to believe that only months ago, Willard Mitt Romney said he opposed efforts to prevent health insurance companies from denying coverages due to preexisting conditions.

People who identify with the Tea Party derive emotional satisfaction from clinging to the collective memory created by right-wing spokesmen because they fervently believe it is the purest form of the conventional wisdom. The causes for its emergence remain and what is occurring now is the emergence of a Tea Party collective memory, which will help perpetuate it.

Absurdities can be passionately believed because they become inextricable from identity. Longtime conservative mastery of cognitive science and communications techniques has made it possible to persuade many people of all sorts of propositions that simply defy logic and reality.

Decades of work by corporate America and the Republican information machine have created a conventional wisdom that is difficult to dispute with solid facts.  The existence of this ersatz conventional wisdom made possible the rise of Tea Party hysteria; it will become the framework for the movement’s collective memory.

In the past, collective memory emerged slowly through word of mouth. In the print era, it could develop more rapidly. Today, with the help of electronic media and round the clock cable news, it can emerge almost overnight, especially when people face multiple crises and are in a state of near panic.

The creation of a Tea Party collective memory is simply an extension of several decades of Republican mastery of linguistic and cognitive theory. The beauty of collective memory is that it creates memories that can have nothing to do with reality. They can be passionately believed because they become inextricable from identity.

A great danger is that the emergence of a Tea Bagger collective memory will serve to keep many former independents — some political neophytes — in the conservative movement after the economy improves. The Tea Party claims of victimhood give them a collective identity and invite them to buy into a collective memory that could make them committed rightists for decades to come. Some may also be persuaded to become gun show/gun shop patrons and join one militia or another.

As the Anglo Caucasian element in the population becomes smaller, it is likely that the Tea Party collective memory will attract even more followers. If the economy remains sluggish at the same time, a Tea Party majority is not out of the question.

Conservatives have many advantages in shaping collective memory, and it is sometimes forgotten that presidents of the United States also have the ability to mold it in ways that are favorable to their policies. Barack Obama has an opportunity to link his battle against Romney and the apologists for privilege to the narratives of Franklin D. Roosevelt, Harry S. Truman, and other Democratic presidents.

Perhaps he cannot use some of Roosevelt’s blunt language because generations have been conditioned against “class conflict.” But he needs to remind voters that there have always been forces that sought to block the ordinary family’s quest for the American Dream.