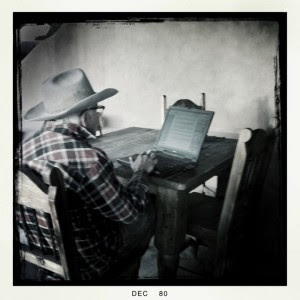 Democratic political consultant and progressive Texas blogger Glenn W. Smith will be Thorne Dreyer’s guest on Rag Radio, Friday, Jan. 7, 2011, 2-3 p.m. (CST), on KOOP 91.7 FM in Austin. To stream Rag Radio live on the internet, go here. To listen to this interview after it is broadcast — and to other shows on the Rag Radio archives — go here.

WEST TEXAS — I’m partial to the desert mountains of West Texas, but on my frequent visits out here I’m always surprised — and touched — by the strong spirit of friendship and community that marks the place.

“Friendship holds political communities together,” said Aristotle, and he was on to something. American political culture has deteriorated as the various perils of modernity weakened the role of friendship in our political life. It’s a weighty, complicated topic. I just don’t want to be friendly with Glenn Beck.

It seems appropriate to kick off the New Year with a reminder that “concord” — the word Aristotle used — is instrumental to a community’s pursuit of justice. The loss of some sense of reciprocity and mutual concern for others is a dangerous consequence of a political culture lost in myths of hyper-individuality and zero-sum thinking in which one’s gains seem to depend upon the losses of others.

Out here for a West Texas New Years with large groups of friends from all over America, I find a common understanding of our absolute dependence upon one another. And this is a place our myths tell is a veritable source of the independent rugged individualist.

There are some rugged folks, and they understand that concord doesn’t mean conformity. But by God if your truck breaks down, they’re there to help you, and they expect the same in return.

Every year some of my friends and I give a small New Years Eve country concert on the front porch of the old Stillwell Store not far from the Rio Grande and Big Bend National Park. Ranch folk come from all over. The Stillwell family puts out a nice spread of food. We hail from very different worlds, but those differences disappear on this day because we’re all here for one reason: a shared moment of concord.

Look at the picture above. This old cyberpoke is taking advantage of the wireless on the patio the Marathon Motel (you might have seen it Wim Wenders 1984 film, Paris, Texas). He was sittin’ there at his computer when we checked in early last week.

It’s a cool picture (taken by Austin guitarist Willie Pipkin), and it tells us something. The possibilities for connection among us are nearly infinite, even though it sometimes seems like the web adds a bit of fragmentation, isolation, and loss of real-world community.

We tend to gather on the web with those we’re pretty sure will agree with us, and we lose (if it’s all we do) the wordless, emotional lessons of connections with strangers, with different others who, say, work a mountain ranch while we race around our cities.

Aristotle said true friendship transcends simple utilitarian relations, making justice possible and the political community stronger. And that’s another danger of distant internet connections: it often seems to come with a utilitarian end in mind. We need to take this action, make this point, cause this political consequence.

But these downsides and dangers are outweighed, I think, by the magnified possibilities of authentic connection — and even concord. But it will take an effort, maybe a special effort, to bring such a spirit to the digital world.

By the way, the thin gruel of what’s called “bipartisanship” shouldn’t be mistaken for authentic friendship. Real friendship requires moral steadfastness and honesty. I may not win the given political argument, but if I’m to be a friend to others, the least they should expect is sincerity and moral courage.