Greg Moses : Dream Remains for Hector Lopez and Others 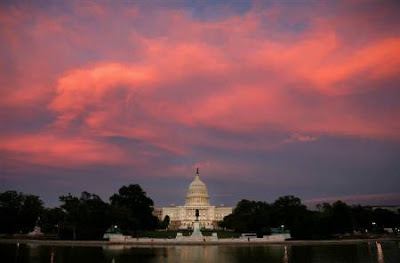 Photo from Reuters.
Despite defeat of DREAM Act:
Hope remains for Hector Lopez and others

Two weeks ago 21-year-old Hector Lopez was the poster-perfect picture for hope in the DREAM Act. The story of his American dream, his abrupt deportation, and his heroic bid for asylum was featured in The New York Times just one day before the House of Representatives passed the act on Dec. 8. News reports called for a quick vote in the Senate. Lopez was riding high on a hope that the American system would shortly set him free from a federal lockup for migrants in Arizona.

Then the DREAM Act came unraveled. The Senate vote was postponed for a week. The vote to vote on it fell five votes short. And Lopez, the former student-body president of Rex Putnam High School of Portland, Oregon, suddenly felt the air sucked out of his hopes.

“But the failure of the Senate to pass the DREAM Act in no way changes the status of the dreamers,” insists immigrant advocate Ralph Isenberg, who has been working on the Lopez release full time for several weeks. “This is not a time to panic. Instead, we need to make certain that our national policy of not deporting students like Hector remains intact.”

Isenberg is referring to widely publicized statements made earlier this year by President Barack Obama and federal immigration authorities promising that they would cease spending tax money on efforts to deport young people who had been brought to the U.S. as children.

“I am absolutely certain that Hector Lopez will be released,” says Isenberg on the Sunday before Christmas. “He meets all the criteria for dreamers. He has lived in the U.S. for all but a few weeks of his life. He has been an exemplary student. And if the President’s words are any good, he said dreamers are not to be deported. I have not found another case where a dreamer with Hector’s qualifications and background has been deported.”

Encouraged by what he calls a “sincere tone” in his communications with Immigration and Customs Enforcement (ICE) authorities in Arizona, Isenberg has promised to meet all expenses involved in the bonding, release, transportation, and supervision of Lopez so that he can spend the holidays at home with his mother.

Isenberg says he is thankful that ICE officials conducted an interview with Lopez last Wednesday exploring claims that Lopez has a “credible fear” of being re-deported to Mexico. After two full months of life as an American exile in Mexico, Lopez came back across the border in mid-November carrying written appeals for asylum. Officials have reportedly promised a speedy evaluation of the claims in the coming week says Isenberg. Yet despite hopeful signs of sincere treatment in Arizona, Isenberg claims that the past week was stressful for Lopez. 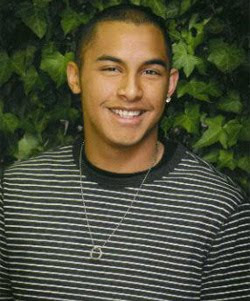 Hector Lopez. Photo from ColorLines.
“Hector had a very bad week,” says Isenberg. “He was shocked by the DREAM Act failing in the Senate.” And he was informed that on Human Rights Day, Dec. 10, an immigration judge in California ruled that the Lopez deportation case could not be reopened at this time.

“Hector is starting to show signs of extreme stress that I fear could lead to depression,” wrote Isenberg in a weekend communication to ICE officials in Arizona. “I also understand the facility psychologist met with Hector. I sincerely hope Hector will be released soon and know that he will most likely suffer from post traumatic stress upon his release. He will get the love and attention he needs from his family and friends. It is imperative that we get Hector released to minimize the amount of mental trauma he has suffered and allow him to resume his position in our society.”

As for the immigration judgment coming out of California, Isenberg points to a passage in the ruling where the judge appears to be appealing to some common sense that cuts through the rigid legalism of the immigration codes.

“The Court notes that were the Government to agree to joint reopening of Respondent’s proceedings… [Lopez] is eligible to pursue relief in the form of suspension of deportation,” wrote the judge in his concluding remarks.

“Respondent has apparently lived in the United States since his entry in 1989… and therefore accrued the requisite physical presence. Respondent has presented voluminous evidence of his good character, contributions to society, and accomplishments. His affidavit also provides evidence of the hardship he has faced upon removal to Mexico.

“While the Court would be amenable to granting Respondent’s Motion sua sponte so that he could pursue his application for suspension of deportation, it is prevented from doing so due to lack of jurisdiction.”

As Isenberg sees it, ICE authorities in Arizona have the sua sponte discretion to release Hector Lopez immediately and return him to his American life by Christmas.

“I told Hector on the telephone this weekend not to give up,” says Isenberg. “He is still on track for being released this week. It would be cruel and unusual punishment not to release this kid.”