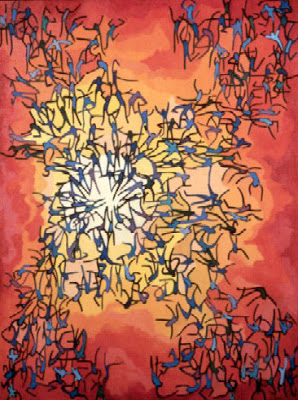 Art from poster for the 7th Annual Conference in Citizenship Studies at Wayne State University.
The decline of American public purpose

We must unite to save our citizenship, our public space, and our human community.

We, the people, recognize that we have responsibilities as well as rights; that our destinies are bound together; that a freedom which asks only, what’s in it for me, a freedom without a commitment to others, a freedom without love or charity or duty or patriotism, is unworthy of our founding ideals, and those who died in their defense…

Most political and cultural historians argue that the United States has not had a strong socialist tradition, at least compared to European countries.

While this view has some merit, these commentators ignore the deep communal traditions of Native peoples, the founders of utopian communities in the nineteenth century all across the Northeast and Midwest, radical socialists in the labor movements of the nineteenth and twentieth centuries, the large Socialist Party led by Eugene V. Debs, and the communist movement of the twentieth century.

These pundits also ignore violent state repression in virtually every period of American history that has been targeted against socialist dissenters.

However, despite state police, the FBI, strike breakers, and repressive cultural institutions such as churches, educational systems, and the media, the vision of community, sharing, and public purpose have survived.

Survival has taken many forms — political parties, mass movements, religious and secular campaigns for social and economic justice. President Obama was not talking about socialism in his acceptance speech at the Democratic National Convention September 6. Indeed, he would reject any suggestion that his political vision has a commonality with that of socialists.

But he did offer an insightful rendition of values embedded in the American experience. He called it “citizenship.”

What is citizenship about? For starters, it implies the idea of a public purpose. A society consists of persons of all races, genders, classes, sexual orientations, and ethnicities who are, of necessity, bound together to sustain life. The President is arguing that at a fundamental level human survival requires some sharing of pain and work as well as the enjoyment of life.

It is inevitable that a nation’s people, indeed global citizens, share space, water, the air we breathe, the roads we travel on, and virtually every physical, social, and economic institution and process beyond our most intimate and private lives. Ultimately citizenship is about human community.

In American political history, groups of people have had to struggle to get recognition of citizenship and community. In the nineteenth century, educational reformers had to campaign to establish public educational institutions. Reading, writing, research on agriculture and medical science was vital to human community.

The success of the public school movement and the passage of the Morrill Land Grant Act for higher education are examples of the realization of the needs of human community.

Citizens also came to realize that access to printed material, books, magazines, newspapers, was critical to an informed public and to human community. Public libraries were created to provide reading materials, public space for discussion, and meeting centers. In urban areas, people came to realize that human community, the practice of citizenship, required space for people to meet, to argue, to play dominoes, to lecture in front of interested audiences on the topics of the day.

Human community meant “hanging out,” in parks, on street corners, in empty lots.

At the dawn of the twentieth century, in response to the rapacious, unplanned spread of capitalism, it was recognized that rural space needed to be preserved. National parks were created to encourage the use of what remained of the natural environment, much of which had been destroyed when the colonists conquered the people and occupied the land on which they already had been living in harmony. The original dwellers would be forbidden from regaining what was stolen from them but efforts were made to return some of the land to its pristine beauty.

In addition to schools, libraries, urban spaces, and national parks, human community, it was realized, required social, economic, and political rights. Citizenship for people living in various geographic areas and working in various manufacturing and service venues required the right of people to associate with whomever they chose, in unions, churches, civic organizations, and interest groups. Citizenship meant coming together with like-minded others, particularly those who had economic interests in common. No human is “an island.” In a modern society where human community cannot be based solely on direct, interpersonal interaction, voting was necessary to allow the full expression of the sentiments of the human community.

So when President Obama spoke of citizenship, whether he realized the full implications of his remarks or not, he was speaking of human community, education, public space, the freedom of association, and the right to vote. All of these core values embedded in American history and culture are under fundamental threat today.

“Market fundamentalist” ideologues argue that there is no such thing as citizenship, human community, and a public sphere.

Those who call for the selling off of public spaces in cities and the countryside are advocating robbery of land for profit.

And those who challenge the right of workers to form trade unions and associations and those who seek to repress the right of people to vote are advocating the destruction of the most fundamental conceptions of citizenship and human community.

These are very dangerous times. Whether activists want to call themselves socialists, anarchists, occupiers, liberals, progressives, or whatever, the task is clear. We must unite to save our citizenship, our public space, and our human community.