Has Liberalism ‘Jumped the Shark?’ 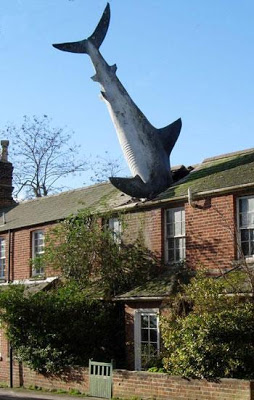 Image from The Lockeroom.

The 1950’s was a low point for liberalism in the United States. Due to organizations like the House Committee on Un-American Activities and the John Birch Society, and individuals like Joseph McCarthy and Roy Cohn, liberals were driven underground or out of the country. Being a liberal meant losing the right to work or even being imprisoned. By the end of the 50’s, Liberalism was nearly dead in America.

But in the mid-sixties, it experienced a re-birth. It began at the University of California at Berkley, when Mario Savio and his cohorts started what they called the “Free Speech Movement.” It was originally intended just to give students at that university the right to speak freely about their political views. It accomplished that, but became much more, as it spread across the country — first in the colleges and then in society at large.

Fueled by the “baby boomers” born right after World War II, this new liberalism was different than pre-war liberalism. It was no longer socialist-based, although it pushed many of the same causes like economic justice and civil rights, but was a more general freedom-based movement. It preached equality and the right of the individual to believe what they wanted and to act like they wanted and live like they wanted, as long as they didn’t step on the rights of others to do the same.

No longer was the individual expected to be an automaton — a replica of their parents who said and did what they were told. The individual had rights which must be respected by authority and the highest value was freedom. Frankly, it was exciting to be a part of this movement in the 60’s and 70’s.

But some time in the 80’s and 90’s, liberalism began to go “off the track.” I don’t quite know how it happened, but “free speech” gave way to “political correctness.” While mouthing a belief in free speech, many liberals will be quick to condemn and sometimes even try to outlaw certain forms of speech. They seem to have forgotten that when you outlaw offensive speech, you have outlawed freedom (and the very thing that gave birth to modern liberalism).

Maybe all these things are good and would probably improve a person’s life and maybe even prolong it, but I have to wonder what ever happened to freedom — the idea that an American has the right to make his/her own choices? In a truly free country, doesn’t a citizen have the right to make a poor choice?

These days, those of us on the left understand that the right-wing can result in tyranny, but many seem to have forgotton that just like you can have a right-wing tyranny, you can also have a left-wing tyranny. And it’s my opinion that both are equally bad.

If you believe something is good and citizens should do it to make their life better or longer or healthier, then by all means do what you can to educate people about it. But when you pass a law forcing that behavior, you have gone too far.

In a free country, each citizen has the right to make their own choices, even if those in power believe those choices to be bad ones. Liberalism used to mean freedom, but for many these days it means something else. That’s why I no longer call myself a liberal. I am a leftist, a radical, a socialist or a progressive, but I believe liberalism has strayed from its meaning and prefer not to be labeled as such.

That’s what I think. What do you think — especially those of you on the left? Am I wrong? Should government have the right to force people into making better decisions?

4 Responses to Has Liberalism ‘Jumped the Shark?’