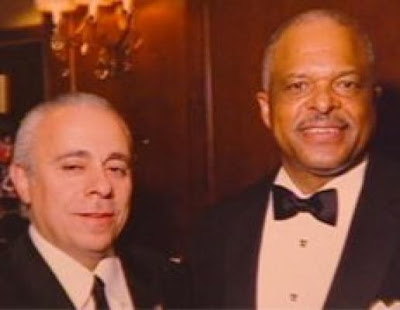 Roland Carnaby had claimed to be a CIA agent and showed identification. The CIA quickly put out the word that he was not its employee. The papers and corporate media were filled with stories about how this strange fellow was probably a CIA wannabe. The dead man was trashed and ridiculed.

The news cycle has moved on, and the shooting death of Roland Vincent “Tony” Carnaby has been forgotten. The Houston police shot him on April 29, 2008, after an automobile chase. There were many strange circumstances about the shooting, and it is unlikely that the full truth will ever surface.

The circumstances surrounding the shooting are still unclear. Before the arrest, he had been stopped for speeding. He showed an officer what he said was CIA identification. The officer questioned his identification. It’s a reasonable guess that something spooked Carnaby. We know now that there is one unexplained hole in the left rear passenger door of his car. Did it come earlier or at that point? He took off and there was a 50 mile chase, with speeds up to 120 mph.

He talked to a friend on the cell phone during the chase and was advised to pull over. His response was “I can’t.” He made calls to the FBI and to someone in the Houston Police Department during the chase. After the chase, he refused to roll down the window. Police broke it with a billy club. The first policeman to approach came to the passenger side of the car, and what he might have been doing was not completely captured on a squad car camera. Police claim Carnaby seemed erratic when he stepped out of the vehicle. He then reached under the seat for a shiny Blackberry PDA and seemed to move toward an officer. That move got him killed. An officer saw something shiny and fired into Carnaby’s back.

They have not released their videos of the shooting. His attorney said that Carnaby must have felt he was being set up. Others say that for some reason or other he wanted the police to kill him. A Houston homicide captain later made a strange comment, saying he was told that Carnaby should be arrested for “something” other than speeding.

The black Jeep SUV he was driving was supposedly owned by the National Security Command Center. At first it seemed that there was no such agency. There is, and it is an appendage of the NSA in Fort Meade, Maryland.

Inside the car were two pistols, a shotgun, more CIA identification, a lapatop, and cell phones. A gag order was placed on autopsy information even though autoposy information in Houston is almost always 100% open. His widow has been unable to recover Carnaby possessions removed from the vehicle. Some of the possessions had been seized by federal agents. There are reports that the police disposed of some of the possessions as well as of some videos of the incident.

He had claimed to be a CIA agent and showed identification. The CIA quickly put out the word that he was not its employee. The papers and corporate media were filled with stories about how this strange fellow was probably a CIA wannabe. The dead man was trashed and ridiculed.

Though his home is filled with CIA memorabilia, the agency flat out insisted that he had never been an employee. There were all sorts of articles that suggested a life found in far-flung places. The agency sent a representative to aid the HPD in its investigation. For some reason, there is a lot of effort being exerted to discredit this man. His former wife said he told tall stories and one man speaking to the media about him is considered an asset of a foreign intelligence service. Some of this effort resembles previous attempts to make Valerie Plame appear to have been a mere desk clerk at the CIA.

It is clear that no one came to his defense after the shooting. One close friend and FBI official had called the HPD during the chase asking that it be stopped. Later, the man distanced himself from Carnaby. The CIA also went out of its way to deny ties with Carnaby.

He is being widely portrayed as a CIA wannabee. We can prove that his uncle Boudi was Army Intelligence in World War II and appears on the Association for Intelligence Officers’ CIA Wall of 83 Stars and OSS Memorial. There is also a notation about Roland being president of the Houston chapter. One would think that a local chapter would not elect someone president if there were doubts about his status, but some say he entered the chapter as an associate member. Members have defended his claim to have been a CIA agent, and some other intelligence professionals think he was assassinated. A Russian web site says Carnaby was a CIA agent called by the KGB “Tuxedo.” Perhaps the question comes down to whether he was an actual agent or a contractor. His family has provided many certificates that indicate he was at least a contractor.

We do know that he operated a successful security firm in Houston and most probably had contracts with the US government. He was an expert in financial information and counter-terrorism. He provided some security services for the Houston airports and port authority. Carnaby was about to retire and leave management of the firm to former CIA agent who may have been connected with the rendition of prisoners. The firm has 248 licensed operatives around the world.

He spoke fluent French and Arabic and had good contacts throughout the Middle East, partly through his family’s shipping business. His father had been Lebanese ambassador to several nations. The Carnaby intelligence firm was running 40 operatives out of Rome who were tracking money flows from the Russian-Israeli mafia and Iserael. It apparently relies heavily upon Panamanian banks and has become a presence here in the United States, even getting involved in gambling casinos. He was also tracking Israeli intelligence financial operations and the activities of Israeli agents within the United States. Houston is an important center for Mossad activities in shipping, aviation, sales and warehousing.

Carnaby’s CIA momentos. Photo by Houston Chronicle.
Carnaby had worked for the agency in Beruit and was captured by Hezbollah 1984. After Carnaby’s capture, his boss, William F. Buckley, was captured, tortured, and murdered. Carnaby was returned in an prisoner exchange arranged by the Lebanese government. Recently, Carnaby rejoiced when the man behind his capture died when his car blew up. Mossad had planted as bomb in the seat of the car. But some blamed Carnaby when word was leaked that another seat bomb was earmarked for Hassan Nasrallah, Hezbollah leader in Lebanon. Carnaby had close ties with the Israeli government, and some thought that an aid to Prime Minister Omert tipped off Carnaby. His fear was that killing Nasrallah would set off a war in Lebanon, which would require US intervention against Hezbollah and Syria, and eventually against Iran. The plot against the Hezbollah leader was to come off four or five days before Carnaby was killed.

In 2008, he was working out of the same office building where the office of George H.W. Bush occupies the whole 9th floor. Carnaby’s job concerned the security of the Port of Houston. He was concerned that Homeland Security was doing too little to protect the port and to prevent illegal arms shipments from passing through it. When the Houston police killed him, they seized his laptop and cell phone. Both could be used to learn more about the CIA’s network of NOC (non-official cover) people who worked on such matters. There is a fear that the intelligence agency of another government could have gotten information off the computer and phone.

In 1994, Carnaby, then working in counter-terrorism, testified before a federal grnd jury ab out the 1993 bombing of the World Trade Center. Both CArnaby and his friend John O’Neill knew how much prior knowledge the federal government had about the bombing as well as its links to Saudi Arabia. Much of that information was suppressed. Carnaby carried in his wallet a laminated funeral mass card with the image of his friend John O’Neill. Both were mavericks and patriots. O’Neill even explored the possibility that two Arabs in a dingy were not responsible for the attack on the USS Cole. He asked too many questions and was quickly sent home. By all accounts, O’Neill was our most talented terrorist hunter, but he was quickly forced to resign. Ironically, he became head of security at the World Trade Center and died trying to help people escape.

Carnaby was a friend of James Baker III and George H.W. Bush, who had been seen recently giving Carnaby a hug in a restaurant. He shared their aversion to more military adventures in the Middle East and was angry that Dick Cheney pushed George W. Bush into Iraq. A conservative Republican, Carnaby was backing Ron Paul. Among the pallbearers at his funeral were former president George H. W. Bush, former KBG General Oleg Kalugin and former Deputy Director for Operations James Pavitt. George Tenet was among a cluster of Washington politicians.

Perhaps his killing had to do with other information he had or something he was doing.

There was speculation that he was trying to move weapons to the Aoun faction—the “generals” — in Lebanon. Would that have been a sanctioned activity?

He was an expert in tracing Israeli cash flows around the world. It has been said that a Mossad faction in the police department was behind his death, but Israeli intelligence is too experienced and professional to get involved in such a messy hit.

Investigator Wayne Madsen was told that Carnaby had information on the Jack Abraham political/financial network as well as how the prosecution and death of Deborah Jean Palfrey was related to that. She killed herself on May 1, 2008, in a shed on her mother’s property. Her call girl service was involved with Republican corruption in Maryland, and it is likely that she knew a great deal about the sex rings servicing federal officials and mostly Republican politicians in D.C. Palfrey’s ring was supposedly tied to important federal defense contractors and was used my many ranking politicians and the larger part of one Republican state delegation to Congress.

Much of the money Abramoff distributed to Republicans came from Russian oil and gas interests and the Russian mob, which was buying into US casinos. There was already a messy murder connected with an Abramoff casino in Florida that has been pretty well covered-up. The Russian mob’s casino activitie4s wre probably partly to blame for the wrongful prosecution of Don Siegelman in Alabama. A great deal of the money Abramoff used as part of the K Street scheme for funding the GOP was skimmed off of US defense and intelligence contracts and rerouted back to the Republican Party.

There have been a few prosecutions, including one of a ranking CIA official, but we will probably never know the full extent of this network. It is very likely that at least two US Attorneys were sacked for looking into these matters.

On the other hand, the shooting could be about cops who became very suspicious and hostile when they saw a prosperous Arab guy and somehow got involved in a bad shoot.

If this were the case, it would be a bad situation. But it would not be as bad as having to wonder if this man died at the hands of foreign intelligence services, the Russian mafia, or people tied to a very corrupt domestic criminal activities that will probably never be brought to light.

6 Responses to Houston : The Unexplained Death of Spook Roland Carnaby