Imam Ibrahim Kazerooni and Rob Prince : The Looming Specter of a Strike on Iran 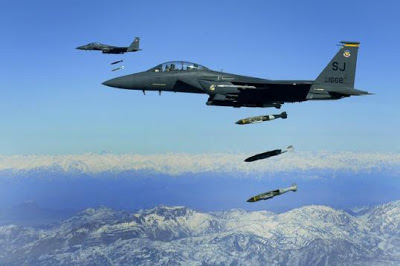 Signs — coming from a number of different sources — suggest that some kind of major U.S.-Israeli military offensive against Iran could be in the offing between now and the November mid-term elections. Among them:

Of these, the introduction of HR 1553, currently making its way through House committees with more than 40 sponsors, expressing full support for an Israeli attack on Iran, has opened the gate to push the U.S. into military action.

It has long been the goal of Netanyahu’s government and the neo-conservative members of the Bush government who are still influential in the Obama Administration to support an attack by Israel so that the United States can be drawn into direct, full-scale war with Iran. This has been Israel’s Iran strategy. Israel needs to know that the United States will finish the war that Israel wants to start.

Although this kind of saber-rattling is not new, it has reached a new pitch, suggesting that military action against Iran could be in the works. There is some evidence that the United States drew up plans to attack Iran as early as 1995. In 2007, it appeared that the Bush Administration was close to proceeding with a major attack when the National Intelligence Estimate was made public, contending that Iran did not have a nuclear weapons program.

In one of the few times in his presidency, Bush overruled his vice president, Dick Cheney (who favored proceeding with military action all the same) to stop the military plans. Admiral Mullen was sent to Israel to “deliver the message” of no war clearly and unambiguously. The Israelis were reported to have been furious about the change in plans. One of the most disturbing elements of the current escalation of tension is Barack Obama’s failure to do precisely the same thing: reign in Netanyahu.

The Israelis in particular and their more zealous supporters in the USA (AIPAC, neo-cons) have worked for three years, virtually tirelessly, to rebuild support for a military strike. Their efforts appear to have succeeded, at least in part. And other groups, like J-Street, while not supporting a military strike, have supported the sanctions against Iran and generally bought into the myth that Iran is an “existential threat” to Israel, rather than the other way round. 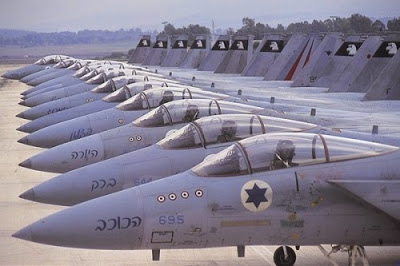 Arguments against a U.S.-Israeli attack

In an email a few days ago, a friend put the case against a U.S.-Israeli attack against Iran succinctly:

I’m sure the U.S. and Israel would love to hit Iran. Even with the saber-rattling, it’s hard to believe they’ll do it because:

I think that if they could do it, they would have already done it. It would be suicidal but suicide is often a psychotic response and there are definitely psychotics in Israel and DC pushing for it.

All these are reasonable arguments and we hope they carry the day. Perhaps they will. But each of them can be challenged in some ways. the United States these past years — and certainly Israel for an even longer time — have a tendency to deal with the crises they have created by escalation. With a few exceptions, Israel has most of its existence “resolved its problems with its neighbors” by the use of force. It is deeply ingrained in the national psyche to resort to military, rather than diplomatic means to implement policy.

And while we agree with Andrew Bacevich’s call for the Obama Administration to end the U.S. policy of permanent war, close the foreign bases, and bring home the troops, it does not appear that we’re anywhere near that. To the contrary.

How has the United States dealt with the crisis in Iraq, which is far from resolved? It invaded, or re-invaded Afghanistan, and might do it again, despite the rational — and they are rational — arguments my friend presented. Besides, recall that before the 2003 U.S. invasion of Iraq, there were also many rational voices arguing that that particular invasion would not take place, but it did. The U.S seems intent on maximizing its military position in the region as quickly as possible. That was the essence of the Bush-Cheney policy.

Unfortunately, despite his Nobel Peace Prize — poorly deserved — Barack Obama’s Middle East foreign policy is hardly different… despite the softer rhetoric. A fine speech in Cairo does not a foreign policy make.

But to respond directly to our friend: As mentioned above, Admiral Mullen in recent weeks has changed his tune; it is more strident and suggests that military action is possible. On the most recent UN sanctions, the United States was largely able to neutralize both China and Russia, although those nations still managed to somewhat water down the resolution.

Regardless, their opposition to a military strike seems less firm than it has been in the past. And while Turkey has opened up a certain breech with Israel, their military coordination and cooperation through NATO remains quite strong and NATO, it appears, is “on board” for a strike.

Add to that the way that the U.S. seems to consistently underestimate Iran’s ability to strike back militarily. Of course we’re not military analysts, but to compare Iran today with Iraq in 2003, after it had suffered defeat in the first Gulf War and then 12 years of crippling sanctions is way off the mark. Iran is a much stronger country militarily than Iraq was then and while we don’t underestimate the ability of the United States and its allies to wreak horrific damage on Iran, Iran has had a long time to prepare for such eventualities.

In addition the Iranians, through the Revolutionary Guard (which represents about half of its military strength, the other half being the conventional Iranian military), have the most ideologically oriented military in the world. And we would argue that an Iranian response could be devastating where it hurts — the Saudi oil fields, Persian Gulf oil shipping, and the possibility of considerable destabilization of the U.S. position in Iraq and Afghanistan. And, we assume, it could do harm to Israel.

Finally, keep in mind that the United States and Israel are not the only military powers in the region capable of preemptive military strikes. Who knows, if the Iranians feel completely cornered and have come to conclude that there is no way to avoid an attack, perhaps they will, from a military point of view, take the initiative themselves as their way of dealing with what they perceive as the inevitable battle. We’re not saying this is their policy, just that such a response is not entirely out of the realm of possibility. 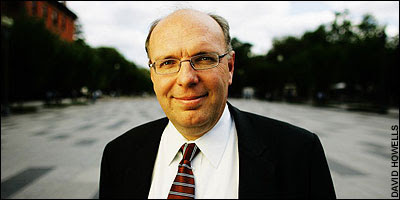 There are a few other elements that make the current moment especially dangerous:

Although on paper, Israelis and their lobbyists base their argument for war on a fanciful scenario of Iran doling out nuclear weapons to Islamic extremists all over the Middle East, their more likely objective is to destroy Iran’s Islamic regime (regime change) in a paroxysm of U.S. military violence. David Wurmser, formerly a close advisor to Benjamin Netanyahu and Middle East advisor to Dick Cheney, revealed that he had advocated a U.S. war on Iran, not to set back the nuclear program but to achieve regime change.

The idea of waging a U.S. war of destruction against Iran is obvious lunacy, which is why military leaders have strongly resisted it in both the Bush and Obama Administrations. Even though Israel, not Iran, has increasingly been regarded around the world as a rogue state after the Gaza incursion and the commando killings of unarmed civilians on board the Mavi Marmara, its grip on the U.S. Congress appears as strong as ever.

AIPAC has once again flexed its muscle, making it clear with the introduction of this resolution, that it can push Congress to bend Obama into submission on the Iran issue. It appears that Democrats in Congress, are mentally in a different galaxy than they were under Bush, and are, in large measure, willing to go along, making clear that the U.S. Iran policy has bipartisan support. It is a mistake thus, to place all the blame for this reckless policy on the Republicans.

Attacking Iran should be understood as part of a broader U.S. long term strategy of using its network of military bases worldwide as a way of maintaining its declining hegemony. “Neutralizing” Iran is something of a medium term goal, with the long range goal being the capability of preempting a Chinese challenge, even if it is decades a way.

Netanyahu must be rubbing his hands with glee about the prospects for pressuring Obama to join an Israeli war of aggression against Iran. It was Netanyahu, after all, who declared in 2001, “I know what America is. America is a thing you can move very easily, move it in the right direction. They won’t get in the way.”

[Ibrahim Kazerooni is an Imam with Colorado’s Muslim community. Rob Prince is a full-time lecturer in International Studies at the University of Denver and publisher of the Colorado Progressive Jewish News blog at robertjprince.wordpress.com.]

11 Responses to Imam Ibrahim Kazerooni and Rob Prince : The Looming Specter of a Strike on Iran