Indiana : The Ball’s in Your Court 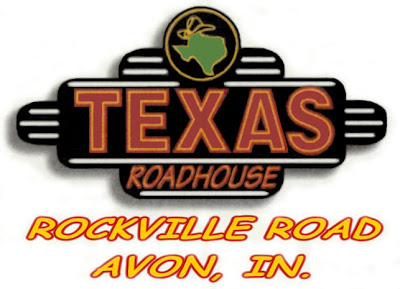 Homesick Texan on Chicanos and Mexican-hating Hoosiers (Oh, and the presidential match-up)
By Steve Russell / The Rag Blog / May 2, 2008

If it was not already clear to me, the place I lived most of my adult life, Texas, has that feel of home.

The deal below from Huffington Post I can relate to, though, because I’ve been here for seven years. These people have very positive aspects, but they are not exactly my people the way Texans or even Oklahomans are.

I’ve got to give Sen. Clinton a point here.

Maybe she should not have gone on O’Reilly’s show. He’s a pig, period. But he asked her flat out “Would you crack down on illegal aliens.”

She said flat “No.” and then tried to say why.

You’d have to be in Indiana to understand how radically (and uncharacteristically) she refused to pander there.

There is a very strong “hate the Mexicans” streak here in Indiana.

It is something I cannot abide and not just because I don’t care for racism. Going back to when we were all undergraduates, Chicanos (a word you don’t hear in Indiana) were part of the progressive coalition that changed the face of Austin. The Chicano vote made my first career. I suffered with Gonzalo Barrientos when he got racially ambushed in his first attempt to run for the Lege (as did many of you).

It ain’t abstract to me. A blanket attack on persons of Mexican descent is personal to me on a level that even liberal Hoosiers don’t seem tounderstand.

I salute Hillary for choosing up sides against that brand of politics. We long ago defeated it in Austin, and it does not float in Bloomington, where we elected a mayor named Fernandez–but it’s a big deal in the rest of Southern Indiana.

Every time I hear a public expression of anti-Mexican sentiment I am reminded that I’m from Texas and I want to come home.

Four Reasons Why Hoosiers Should Pass the Ball to Obama
By Mike Bonifer / May 2, 2008

Though I have lived in California for over half my life, I grew up in Indiana, on a farm five miles southwest of Ireland, Indiana, in the southern part of the state. My mom, Fern still lives on the farm. My brothers and cousins are capable of giving me endless grief about what a delicate flower I’ve become (some will tell you I’ve always been) how I’d much rather shoot skeet than deer, how I will goof around with a turtle I find in a field when I should be digging post holes, what a chickenshit I am on the four-wheelers, or how I refuse to drink Pucker — whatever the hell that stuff is. But we will always love each other no matter what, and Indiana, and our farm in particular, is still the land to which my life is rooted.

The smell of new-mown hay, the moonlight on the Wabash, Larry Bird and Oscar Robertson, the taste of real produce grown near Vincennes, the Little Five, Mellencamp’s music, and open-wheeled racing give me pangs of nostalgia to this day.

I am writing this partially in support of Senator Obama, but just as much as an homage to all my deer-hunting, Pucker drinking, four-wheel riding Hoosier homies, many of whom are blood.

Here are four reasons as solid as a John Wooden basketball drill why you should be the ones to put an exclamation point on the Obama campaign by passing him the ball next Tuesday.

Reason One: Caginess. As any Hoosier can tell you, a cager is a basketball player. What they do not tell you, or let on very often, is that Hoosiers are cagey folks. They may come off like rubes to you and smell faintly of something that was not bought in a store, but they cannot be outfoxed. When the NCAA appropriated “March Madness” Sweet Sixteen and “Final Four” from Indiana’s high school basketball tournament for its own use, the city of Indianapolis ended up as the location of the NCAA’s new national headquarters, and all the revenue and jobs it generated for the state.

Obama’s a cager and he is cagey, too. He has not been thrown off his game by Hillary’s Kitchen Sink offense, or by a hot-dogging teammate like Jeremiah Wright who’s taking ridiculous shots from behind the arc when he should be running the offense and playing his role. And he certainly has the game to stuff a two-hand set-shooter like “Branch” McCain, good as the Ol’ Branchster might have been in his day.

Reason Two: Growth Determines Harvest. As any Hoosier can tell you, if you are going to be productive in the fall, you’ve got to work hard and have some luck with the weather in the spring and early summer. Hillary was busy counting her chickens before they hatched on Super Tuesday while Obama was busy lining up caucuses and building his organization. Because he has been so productive early in the growing season, Obama not only has the lead right now, he is the candidate best prepared to reap a bumper crop of votes come November. All he needs is nice steady shower of Hoosier support on May 6.

Reason Three: Patience. As any Hoosier can also tell you, things can take awhile. A quilt gets made one stitch at a time. If you get in a hurry about getting the cow back into the barn, the cow will not go back into the barn. Somewhere on his journey, Obama learned a similar kind of patience. He knows that lasting solutions do not have quick fixes, that they can take awhile. Hoosiers laugh at the idea that a single sandbag like the Clinton-McCain gas relief plan can stop the flood of money going to Arab Emirates and the oil companies. A vote for Obama is a vote acknowledging that Hoosier-style patience and hard work are what it’s going to take to get the economy back on track.

Reason Four: Calmness at Crunch Time. As any Hoosier can tell you, when the game was on the line, Bird was unflappable. He wanted the ball in his hands, and every man, woman and child of us wanted him to have it.

The Clintons are formidable players, make no mistake about that. They are not the kind of players anybody wants to play against, you’d much rather have them on your team. They set a vicious pick. They hustle and scrap hard, and they hold you by the jersey and throw elbows when they think the ref isn’t looking. They are tireless and do not have any quit in their constitutions. Like the Van Arsdale twins they can confuse you as to which of them is which with the old ‘knee-pad switch’ trick.

But when the game is on the line, as it is with this election, we want the ball in Obama’s hands. He has Bird’s unflappable calm, and like Bird, the bigger the game, the more difficult the circumstances, the better he plays. Give Barrack the ball on Tuesday. It will be one hell of an assist.