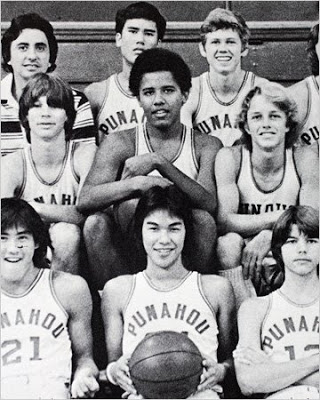 Forget bowling. That gutter ball proved that Barack is no Lebowsky.

Stick to hoops, dude. If ya got game — and I hear you got plenty —
Hoosiers will love ya. Nothing like a tight cross-over dribble, a
no-look pass, an arching rainbow jumper from the top of the key, a
floater from the paint, a strong move to the rim to make
basketball-mad Indiana folks take notice.

They don’t call it Hoosier Hysteria for nothing.

As I discovered at the age of 14 when all-black Crispus Attucks High School won back-to-back state titles in 1955 and 1956, basketball is way bigger than race in Hoosierland as young hoopstas from the ghetto playgrounds of Naptown and East Chicago to the rural barnyards of Jimtown and Tecumseh revered and emulated the magnificent Tigers of Coach Ray Crowe.

Endorsements? Forget Evan Bayh! Who he???

Get Larry Bird. A trip to French Lick and a chance for a little
one-on-one at Bird’s private full-size basketball gym should get the
Indiana State and Boston Celtics legend on board.

The result: an Obama slam dunk.

That’s my smart advice for the candidate.

Jim Retherford is responding to Steve Russell, who said that Obama’s Way Out of the Race Trap was the “smartest advice to Obama I’ve seen.”

This entry was posted in Rag Bloggers and tagged Obama, Presidential Campaign, Sports. Bookmark the permalink.