The book is a feast for the eyes, food for the mind, and balm for the soul. 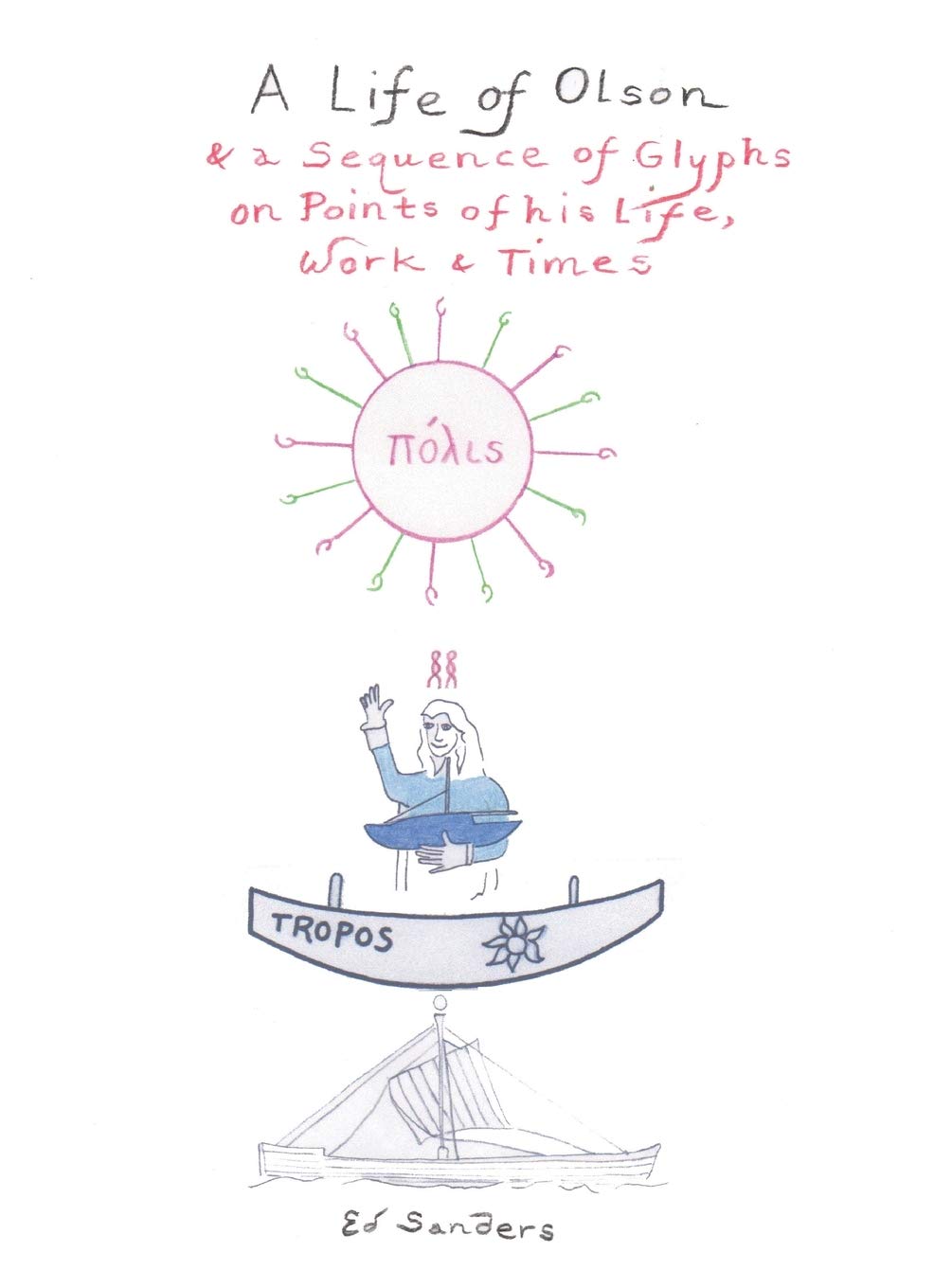 Title page from A Life of Olson.

SONOMA COUNTY, California — Call him a genius. Or call him a Jack of all the arts and crafts, as well as a publisher and a cultural revolutionary. Edward Sanders, known to friends as Ed, co-founded The Fugs with Tuli Kupferberg, belonged to the crew that gave birth to the original Yippies, wrote the book about Charles Manson and his followers (titled The Family) and authored books about Abbie Hoffman and Allen Ginsberg.

Now, Ed Sanders has published a new beautiful work titled A Life of Olson, published by Spuyten Duyvil (Spuyten Duyvil.net) which triples, first as a biography of the poet, critic and teacher, Charles Olson, second as a cultural and political history of the U.S. in the twentieth century, and third as an autobiography of Sanders himself.

The author tells these intertwined stories using text, calligraphy, lines, and colorful images which he calls “glyphs” and that might be defined as modern day hierographics.

A Life of Olson is a feast for the eyes, food for the mind, and balm for the soul.

For those who aren’t familiar with Olson and his work, suffice it to say that he was a professor and the chancellor at Black Mountain College, an experimental school in North Carolina, the author of a pioneering work about Herman Melville and Moby Dick titled Call Me Ishmael (1947), and also a postmodern poet with an uncommon vision who helped to alter the shape of poetry in books such as The Maximus Poems in which he explores American history.

Olson was a poet’s poet who touched the lives and the work of dozens of other poets.

If you don’t know Olson’s life and work, don’t berate yourself. A poet’s poet who touched the lives and the work of dozens of other poets, including Robert Creeley, he was never popular in the ways that Kerouac and Ginsberg were wildly popular on and off college campuses.

Sanders’ book is a first-rate introduction to Olson’s work. It shows how his poetry is complex and yet disarmingly simple.

Sanders presents basic biographical information about Olson and places him in the context of his times. In many ways, the book is a love letter to the author of The Maximus Poems. Sanders often refers to him affectionately as “O.” 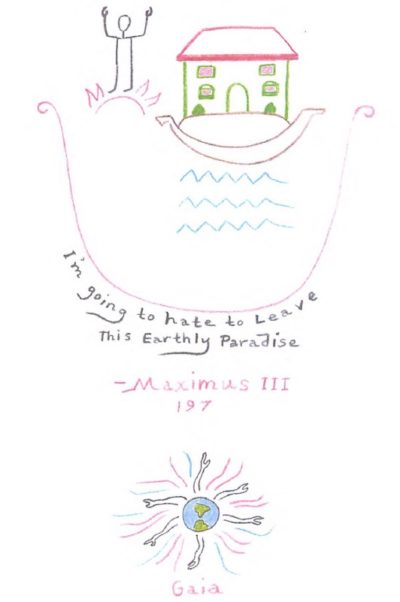 Page from A Life of Olson.

The book includes some of Sanders’ correspondence with Olson which Sanders originally published un his magazine, Fuck You. A Life of Olson has literary value as a record of a friendship that cut across generational lines.

Like Olson, Sanders has carved out his own individual path as a lyricist, a performer and as a political poet. A Life of Olson begins with his birth in Worcester, Massachusetts. in 1910, before the advent of modernism and the publication of the big breakthrough poems by T. S. Eliot, Ezra Pound, and William Carlos Williams. The book ends with Olson’s death in New York in 1970, when Ginsberg’s Howl rocked a generation and helped to swell the counterculture..

Sanders weaves together the arc of Olson’s life with the trajectory of American history.

Sanders skillfully weaves together the arc of Olson’s life with the trajectory of American history: the anti-Communism and McCarthyism of the 1950s; the rise of the drug culture of the Sixties; and the movement against the War in Vietnam. There are insights into Olson’s readings and his participation at poetry festivals. Sanders offers an unconventional way to tell stories that bridge the personal and the political.

The book also contains memorable quotations from Olson’s work, including this one: “An American/ is a complex of occasions, themselves a geometry/of spatial nature:/I have this sense,/ that I am one with my skin.” Sanders says he was “blown away” when he first read Olson’s major opus, The Maximus Poems. One can understand why, though it also helps to hear Sanders say that it showed him “that a poet can safely and without duplicity make myth.”

Sanders had made myths of his own. More than half-a-century after he co-founded The Fugs, he’s still a mythmaker. His new book mythologizes Olson and also resurrects a lost era that fueled a twentieth-century American version of bohemia and the Sixties counterculture.

On the subject of his own death, Olson wrote “I’m going to hate to leave this earthly paradise.” One knows what he meant. One knows how he felt. Sanders is to be praised for bringing to life a strange and wonderful rebel who showed that it’s possible to go against the grain and to achieve greatness.

[Jonah Raskin  lives in northern California where he writes the cannabis column for two weekly newspapers, The Bohemian and the Pacific Sun. The author of biographies of Jack London and Allen Ginsberg and another of Abbie Hoffman, which has just been translated into French and published in France, Jonah is a longtime contributor to The Rag Blog and has recently written for The Rag Blog about Fugs and Yippie founder, Ed Sanders, Trump’s July 4th remarks, Spike Lee’s new movie, Da 5 Bloods, and the recent protests against police brutality and the murder of George Floyd, Breona Taylor, and too many others, including the young African-American woman shot and killed in Fort Worth, Texas last October. ]