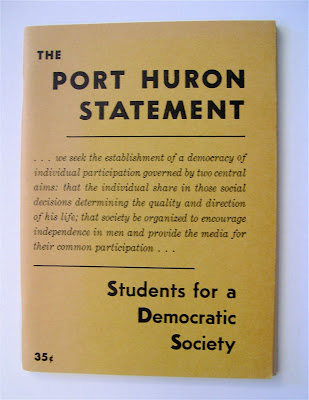 One Response to Ken Handel : The Port Huron Statement Spoke Truth to Power