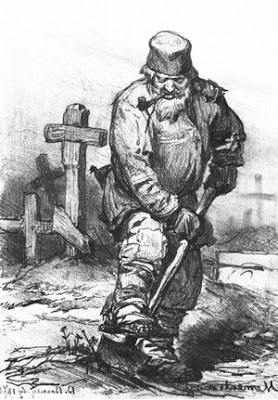 SAN MARCOS, Texas — Austin funeral service icon Charles Walden lent his name to a misleading open letter that appeared, apparently as a paid advertisement, in the Austin American-Statesman, page A6, on May 26, 2011.

The purpose of the letter seems to be to convince Austin area readers that the five Cook-Walden funeral service locations in the Austin area are the same now as they have been for the last 100 years. Of course, this is not the case. Cook-Walden originally had just one funeral home 40 years ago. It is now owned by Service Corporation International (SCI) — the largest funeral and cemetery chain in the world.

According to the history of Cook-Walden funeral services published at its own website, in the late 1800s a funeral home was opened in downtown Austin by Samuel E. Rosengren. In 1920, Charles B. Cook purchased that business. In 1971, Charles Walden purchased Cook Funeral Home. The name was changed to Cook-Walden.

Shortly thereafter, Charles Walden bought two adjacent cemeteries in the Pflugerville area. In 1985, he bought Davis Funeral Home in Georgetown, then Forest Oaks funeral and cemetery in 1992. The two funeral homes at the Pflugerville cemeteries location and on Hwy. 183 at Anderson Mill were built more recently.

Since SCI’s purchase of the Cook-Walden chain in 1997, Charles Walden has continued to provide some consulting services, though the exact nature of his relationship with SCI is not clear. It is clear that SCI focuses mainly on making profits, which is the primary responsibility of all corporations.

If, as its ad claims, it can provide “compassionate care” in doing so, that is a benefit to families. However, it has a reputation for being extremely uncompassionate to its employees, even when those employees are trying to provide compassionate service to grieving families.

In various on-line forums, employees have long complained about working conditions at SCI. Here are some examples. In May 2011, SCI fired a Washington state employee because she helped transport the body of a five-year-old child to a cemetery after the girl’s family conducted its own home funeral. The employee failed to obtain a needed permit for the transportation of the child’s body, but this is merely a minor “paperwork” violation of state regulations.

Other former employees of SCI have posted notices on-line about their opinions of SCI (these are reproduced with typos intact as written):

“I am a funeral director and embalmer for SCI. It is a terrible company to work for, and I would discourage anyone from applying with them. The management is terrible, from the top all the way down the the location manager. You have no home life, you are expected to get the work done, but get in trouble for getting overtime hours. There is no such thing as christmas bonuses or raises in this company. You are not respected as a professional in your field. Bottom line, in my oppinion, this company cares about nothing but money. I got into this field to help people, not rob them without a gun.”

“This place is horrible! We got baught by SCI about 3 years ago and its been down hill from there. We’ve had 4 different managers. The average employee leaves within a few years. Im on my fourth year and havent even broke a dollar as far as raises. Micro-management, Micro-management. You work your ass off just to keep your job. They will suck the life out of your ability to care for grieving families. STAY AWAY!”

“I worked for this Hell Hole for 6 months…..IT’S ALL ABOUT THE MONEY….NOT THE FAMILIES!”

“I also worked for this company. When Alderwood was bought out by SCI I thought all of these big box companies were alike. I found out how wrong I was. The families were served no longer mattered. I was expected to put in as many hours as it took to do my job, with not compensation for the overtime, and once worked 2 1/2 months without a day off. As the only director/embalmer at my location, I was responsible for every aspect of the funeral from first call to burial alone. I wasn’t even allowed to hire out the night time removals and was accused by my market manager of being too lazy to get out of bed at 3 am to take a call. I don’t care how much money they pay… I would never go back.”

These mostly anonymous posts may be viewed as biased or dishonest, but they are in line with the reputation of SCI that I have heard for the last 15 years. I would not suggest that all the claims made in Charles Walden’s open letter and advertising are false, but many of them are.

Given the personal experiences that I have had with SCI on behalf of my family and others, it is difficult for me to accept that SCI provides “world-class services” or offers “the best value.” Without question, the Dignity Memorial® network has not served “the Georgetown Community for 100 years” as claimed in Charles Walden’s advertisement for SCI.

I am sorry to see Charles Walden allowing himself to be used in such a dishonest way. The only time I recall having contact with him, he was courteous and forthright. He used to have a reputation that such corporate puffery belies.

Local families who need to plan a funeral would be wise to ignore SCI’s self-promotion and shop around. There are many good and fair-priced funeral services available in the Austin area. Cost comparisons are made simple by the annual survey of funeral costs published by AMBIS — the nonprofit Funeral Consumers Alliance affiliate serving central Texas. The 2011 survey can be found online here.

Be sure to read both the narrative and the chart to understand what services are being described.

Families have a choice in the Austin area market. With a little research, anyone can find reasonably-priced alternatives to price-gouging. While funeral shopping at a time of grief is no fun, it can be less onerous if you know where to look for information and advice. It’s even better to make these decisions and compare costs ahead of time.

But it is seldom necessary to pay ahead of time. You can set aside funeral funds in a pay-on-death account that names a recipient who will use the money for your funeral upon your death, or you can name a beneficiary of other investments who can use the proceeds for funeral arrangements. You can beat the high cost of dying if you choose to do so.