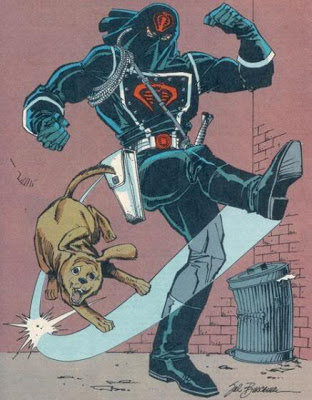 Image from Photobucket.
Passing of the lantern:
Kicking the dog

So Julian Assange is now without his passport, braceleted under house arrest, waiting for the Wheels of Injustice to slowly grind. At this point, his story is not so much that of killing the messenger (though that is what many in the U.S. are calling for), as that of kicking the dog.

The dog in question was Julian’s close ancestor, Diogenes, a contentious fanatic foolish enough to spend his life with a lantern, looking unsuccessfully for “an honest man.” Some say he sought “a human being.” His writings did not survive, but there are legends.

Notorious for his provocative behavior, people called him a dog, a nickname he embraced. “Other dogs,” he said, “bite their enemies. I bite my friends to save them.”

He wasn’t kind to his enemies either. At a sumptuous dinner given by a wealthy man, a guest became so outraged by Diogenes’ behavior that he began to throw bones to “the dog.” The philosopher got up, lifted his leg and toga, and took a leak on him.

Like Assange’s, Diogenes’ life was a relentless campaign to promote reason and virtue, and to debunk the values and institutions of a corrupt society. In doing so he disregarded laws, customs, conventions, public opinion, reputation, honor and personal dishonor.

Political authority was a main target for both — its folly, pretense, selfishness, vanity, self-deception, corruption, and artificiality of conduct. Diogenes said: “Those who have virtue always in their mouth, and neglect it in practice, are like a harp which emits a sound pleasing to others, while being itself deaf to the music.”

So together the dogs — Diogenes and Assange — challenge the false coin of human morality, sharing Socrates’ belief that one can be a doctor to men’s souls, and morally improve humanity, while being contemptuous of its behavior.

Sitting alone in a Dickensian prison, or now with wi-fi in a mansion, Assange has not yet been assassinated, as many have called for. He may or may not end like Socrates, taken out by the State. But Diogenes lived a long while, and one hopes the same may be true for Julian Assange.

One legend of Diogenes’ death is that, at 90, he committed suicide by holding his breath. If or when Assange does die, it will likely be because he, too, is no longer allowed to breathe, speak, or leak out his documents.