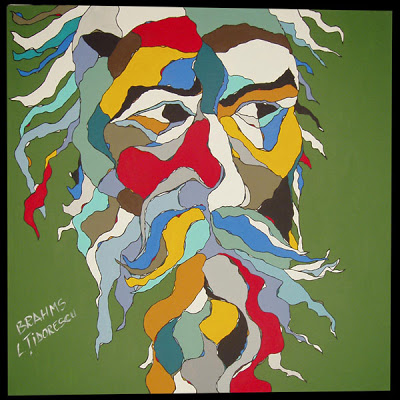 Back in 2003, The Nation devoted an entire issue to “The Power of Music” of the “protest music industry.” And here in Vermont we have come up with Free Vermont Radio, a digital online music provider featuring an entire library of Vermont musicians, many of whom write and perform “movement music.”

It’s odd: nowhere in any of the above is there a mention of a thousand years of western classical music.

Why is lefty life — so highly educated, morally aware, philosophically sophisticated, politically savvy — why are we so blind, so deaf, to the radical expression and revolutionary messages therein?

I don’t get it. In “classical” music — from the tenth through the twentieth century — we have inherited a cornucopia of profundities, prompting and announcing social change at every step along the way, educating human consciousness towards ever-greater complexity of perception and thought, coaxing out our emotional and spiritual depths.

The great composers have always demanded from us, and developed in us, precisely those sensibilities we need to confront the hughest issues we face — structure, otherness, variation, modulation, time, change, form, dissipation… love.

I think of the room in which the “Eroica” was first performed — its aristocratic, gold-leafed curlicues, its elaborately carved chairs. I think of Beethoven’s assessment of the “princely rabble” that would seat their asses on those chairs, and the shattering indictment with which he would assault them in the name of freedom. “Seid umschlungen, Millionen,” he intoned in the Ninth Symphony, masses embracing in the kiss of the entire world. Tell it to Cheney and Obama, CENTCOM and the IMF.

Bach’s intensity and structural investigations, Brahms’s sexuality unlimited, Mahler’s catalogue of hetero-interactions, Wagner’s engorging instability, Bartok’s mesto dance, Stravinsky’s primordial landscapes, Berg’s evocation of interstitial states — one could go on and on, and in and in. Are all these irrelevant to the left, and to our goals of head and heart?

Let’s talk about the means of production. Though there are surely classical stars and consumers, by far the greatest number of sounds are made by amateurs at choral or orchestral or chamber music rehearsals and performances, or playing at home — a democratic, participatory picture of growth, education, and community, growing since the eighteenth century.

Yes, David Rovics and the singer-songwriters of the protest industry speak strongly to us and our times. But they are not the only music relevant to the left. We need to recover the largesse of our musical heritage.

Recently, after only a few days of organizing, 200 musicians, along with the Bread and Puppet Theater, came quickly together for a concert of the Brahms Requiem — to raise funds for Haiti relief. Over $10,000 dollars was collected from an audience of 700.

2 Responses to Marc Estrin : The Revolutionary Messages of Classical Music