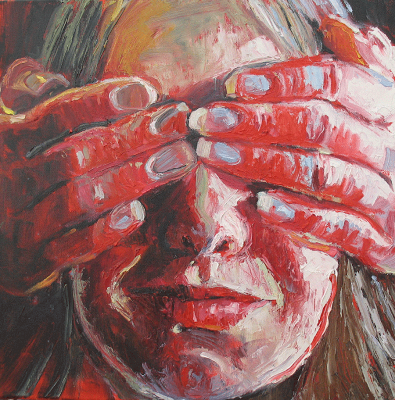 Halloween is my least favorite holiday, the one that has strayed furthest from its original intentions, and has been most overwhelmed by candy-capitalism. The worst part about it, from my point of view, is that it now involves treats with no tricks. I am on full general strike against it.

It’s not so much that I want to see infantile maliciousness attack the community but that I am a great fan of the word “or.” “Trick or treat”? — the homeowner has a choice, and should he choose the former, the onus is then on the tricker to come up with punishments that fit the crime. What tricker is prepared for that these days? Our corporate criminal element cultivates both treat and trick. Should not our children practice running the world?

It’s not only the loss of imagination that I mourn, but even worse, a loss of the sense of Evil as a power to be meditated upon and respected. I left a career — or rather was invited out — as a minister because my congregations were unenthusiastic about exploring the evil around us. A personal critique of my denomination can be summed up in one sentence: they want Easter without Good Friday, transfiguration without death. “The world out there is bad enough — we don’t need to go through it here on Sundays.”

In short, they had no theology of evil. Which these days, we need more than ever.

The great seasonal gift of this past week has been the Wikileaks release of 400,000 internal documents related to our military behavior in Iraq. It was both trick and treat, an apotheosis of Halloween behavior. And of course, in a culture which refuses to acknowledge its own evil, our government’s initial response has been to shoot the messenger, with the mainstream media predictably complicit.

While media worldwide — mainstream and otherwise — focused on the contents of the communications — prisoners abused, raped and murdered; the civilian death toll covered up; the shooting of men trying to surrender (“you can’t surrender to a helicopter”); the abuses of our private security firms; the hundreds of civilians killed at checkpoints — the U.S. media focused almost entirely on whether Julian Assange had the right to release such documents, whether he is a sexual offender or not, and what punishment for him is appropriate.

This refocusing is perhaps predictable in our celebrity culture: everything comes down to the actions of particular, lime-lighted people, and the underlying currents are ignored. Julian Assange and Wikileaks are not the abscesses that need to be opened in order to heal. Their targets are. We should thank them for reviving the true spirit of Halloween.