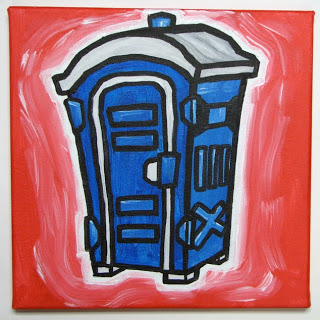 The switch from blameworthy military attack to invisible counterinsurgency is a smart one for cities and towns strapped for budget.

BURLINGTON, Vermont — Nonchalantly pepper-spraying sitting students, or charging with batons swinging into nonviolent crowds, or middle-of-the-night attacks with gas canisters flying in the streetlights’ glare don’t seem to be increasing the popularity of protectors and servers throughout the land.

Some mayors and police chiefs, like our own in Burlington, understand that they can expect to clear Occupy sites with three much more subtle, non-YouTube-able, plausibly deniable techniques, one transient, two permanent.

The first is simply to wait for winter, a time when most outdoor beasts, warm-blooded and cold-, migrate or hibernate, or somehow dig in, and abandon their normal playing fields. Landscapes of all kinds thin out naturally until the burgeoning of spring. In Vermont, that’s at least four months with very unlikely encampment. Things may be different in Florida.

But the second and third tactics are not so iffy, so geographically determined. They are easy, and cheap:

2. Provide no porta-potties. This has been a longstanding tactic. Permits have long been granted for potentially large, one-day demonstrations, extra police are hired, traffic plans are made, barriers and watchtowers are imported, Free Speech Zones demarcated (!), etc. And in spite of all this planning and expense, guess what is absent?

And then consider the decision-making process of potential demonstrators with prostate problems, menstrual issues, nervous bladders, bowel disorders, of any who may not be able to hold it — whatever “it” is — for more than a few hours. Discourages going to the demo, doesn’t it? Cuts down on the numbers. And with no propaganda, no expense. It also puts pressure on local businesses to guard their facilities, and detest the 99%. A twofer. Here, there are possible technical solutions used by pillheads and astronauts.

3. But the best, and most effective approach of all, potentially lethal to every Occupy site, and for the authorities, killing three big birds with one stone, is simply to rely on the openness, kindness, and communitarian ideologies common to the Occupiers. In Burlington, it was the suicide of a homeless man at the encampment which was the game-changer, and brought down all the tents.

In larger cities, with far larger homeless populations, the situation is far more difficult, and is counted on as such by authorities. The homeless rightfully seek out non-judgmental soup kitchens, and communities in which they are not likely to be awakened in the middle of the night by nightsticks or racist gangs. And if they pay attention at all to the rhetoric of those around them, they know that they are not only part of the 99%, but perhaps the poster children of same.

They belong there. They recognize communities that strive to make them welcome without proselytizing or judgment, that try to cross socio-economic boundaries and learn from their hard experience of life ever more common in America. The homeless wind up in Occupy sites, and they should, and they always will — for good reason.

Not to mention that Occupy often moves into places and parks that belonged to the homeless in the first place, until they became “contested public spaces.” The street people who spent their days in Burlington’s City Hall Park during the hours homeless shelters are closed were quite literally overrun by the marchers that “claimed” the park.

The occupation began more like the occupation of Palestine than of Burlington. But with much work, caring, and growth of tolerance, the problems were largely overcome, and the occupiers cohabited with the homeless behind our City Hall. They allowed us to occupy their space. Then came the suicide.

The fact is, and for obvious reasons, the homeless bring many problems with them that become a great burden to any intentional participatory community. There have been a lot of words about everyone being able to have their say during the remarkable people’s mic, about rules being formed democratically, etc.

But the fact is that some people are just not into announcing a mic check, and laying out their ideas in short, repeatable phrases. Some people are not into obeying rules at all, whatever they are, whoever made them. Some people are habitually drunk, or drugged, and wildly disinhibited around sexual behavior.

These are the people, and this the sociology, that sophisticated police departments count on to do their work for them, invisibly creating stressors in Occupy situations, and picking up the tab for feeding, housing, and caring for the city’s poorest.

A three-fer this time, a win-win for law ‘n order: break up the encampments, save money on tear-gas and overtime, and until that is achieved, relieve the strain on food shelves and homeless shelters. There were reports of police picking up drunks in other parts of the city, and chauffering them down to Zucotti Park in the days before Kristallnacht.

The switch from blameworthy military attack to invisible counterinsurgency is a smart one for cities and towns strapped for budget. “Let the buggers eat each other up” has always been the rationale for divide and conquer. Oh, and don’t give them any place to pee.