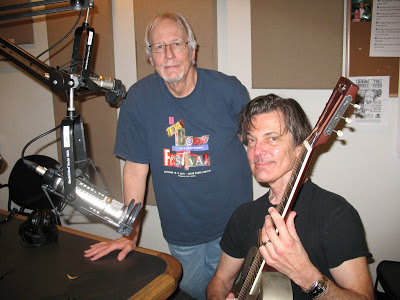 His latest eBook, Grave Digger Blues — available on Kindle, iPad, and in a bare-bones version at Smashwords — “is a wild joy ride that Jesse’s longtime fans will recognize for its relentless lyrical drive, dark humor, bright splashes of violence and absurdity.” The iPad version includes more than an hour of audio, with an original blues soundtrack and audio chapters produced by Jesse and the Fort Worth jazz musician Johnny Reno.

Jesse performs three songs live on the Rag Radio show, which also features live audio from the eBook and a live reading of a chapter from Grave Digger Blues, performed by Sublett and host Dreyer .