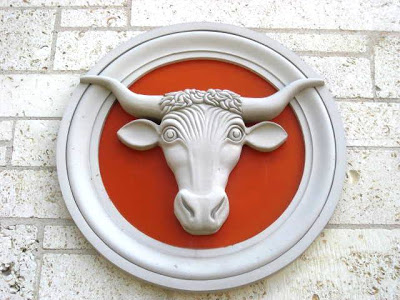 Dealing with UT’s jock-obsessed culture is easy — I critique it, without hesitation. Dealing with student athletes is more complicated.

[The opener of the 2012 Longhorn football season is Saturday, September 1. In this essay UT-Austin journalism prof Bob Jensen reflects on the downside of the team that is so beloved in Austin and around the state.]

I have never much liked football. But after 20 years as a professor at the University of Texas, I have learned to hate football, and really hate Longhorn football.

I’ve also learned that some players hate the football machine as much as I do.

As a child, I liked running, jumping, and throwing a ball around; like most kids, I enjoyed the games that let us enjoy our bodies. But I developed a distinct distaste for organized sports, especially football, as I learned about the different kinds of damage that the sport could do.

I grew up short, skinny, and effeminate in a small Midwestern city in the 1960s and ‘70s, which meant I was unlikely to measure up to the norms that football players seemed to embody — the celebration of domination and aggression, conquest and control. Boys like me dreamed not of playing football but of avoiding being beaten up by football players. My younger brother, the only one in the family with any serious athletic talent, had it worse — he played football well and by junior high he was on his way to knee problems. The smartest thing he did was to walk away from the sport while he could still walk.

Today, I dislike almost everything about football — the senseless violence, the fans reveling in that violence, the pathological glorification of competition, the sexual objectification of female cheerleaders and dancers, the obscene amounts of money spent on the spectacle.

Yes, I know that for some young people football can be a great character-building and teamwork-enhancing experience. But weigh it all up, the positive and the destructive, and football is a loser.

I have some of the same complaints about other sports, too, but I have learned to hate football — from the junior leagues to the NFL, with a special disgust reserved for big-time college football.

This presents a particular challenge at UT, home of the storied Longhorn franchise. Like many faculty members, I don’t hesitate to criticize the university’s obsession with athletics or to ask students to reflect on what that obsession teaches us about the university’s priorities and values. Such critique is easy when the head football coach’s salary gets bumped to $5.2 million a year as the university struggles with budget cuts.

Dealing with UT’s jock-obsessed culture is easy — I critique it, without hesitation. Dealing with student athletes is more complicated. I don’t dislike jocks; like any other group of students, athletes run the gamut from smart to dull, from hard worker to slacker. When we interact in my office, roles and rules are clear — I act professionally and they are generally respectful. At a university where football players are demigods, the real accomplishment is to treat them like normal students, and I pride myself on doing that.

The complication comes in my desire to help them, given the limits imposed by the system. Not surprisingly, many of the athletes’ problems are the same as students working a job (or two, or three) — students who work full-time need extraordinary focus and great time-management skills to succeed in class. The athletes in the high-profile “revenue” sports are unpaid fulltime employees, but the fact that they aren’t paid doesn’t mean their coach-bosses cut them any slack.

For example, one student was routinely late and missed the quizzes at the beginning of my 8 a.m. class. When I noticed that the lost points left him with a failing grade, I asked him to come to my office and explain his tardiness. He was a football player, and required weight training in the morning was delaying him. Why hadn’t he asked the coaches to let him leave early? He said that he had asked, but nothing changed.

He and I worked out an alternative assignment so he could recover the points. But I couldn’t help him with the coach who treated him like an employee. I asked the student if he wanted me to inform the athletic department about his situation, and he made it clear that would not be a good idea. He didn’t trust the athletic department and feared retribution. Even if he was wrong about that, his fear says something about the atmosphere in which he works. 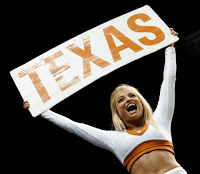 After 20 years and several interactions like that, I have come to hate the football machine more than ever, just as some football players do. These players are not naïve and know, perhaps better than anyone, how they are used. They know that the university athletic department, like any other employer, is primarily interested in productivity, not the long-term welfare of employees.

My most memorable lesson in the system’s disregard for athletes came in a conversation near the end of a semester with a football player who came to my office hoping to make up enough points to pass my class. I don’t remember the details of the missed assignment, but the student seemed honest and sincere, and we quickly worked out a plan for him to make up the work.

He also was searching for the right questions to ask about his future without football. He was a scholarship player at the end of his junior year with a serious injury that meant he would never play again, but the university was letting him finish his last year on scholarship.

What’s next? I asked. If his hopes for a pro career were over, what would he do?

He said he wanted to be a high school coach. That means teaching as well, and I asked how he planned to get certified. He had no idea what that entailed; no one had advised him on that process. I suggested that he not rely on the advising in athletics and get the information from the College of Education for himself, and we talked about how to do that.

I told him bluntly that my main concern was that he understood what it took to be a good teacher and that he not become one of those coaches who treated teaching duties as a footnote to their “real” job on the field. There are enough bad teachers in the world already, I said. If you are going to do this, know that it’s rewarding but hard work.

Then I asked him what he wanted to teach. History seemed most interesting to him, which made me smile as I remembered my experience 30 years earlier as a college student getting certified to be a high school history teacher. I told him how intimidated I had felt standing in front of a class as a student teacher. We kept talking. I asked him what his favorite part of history was. U.S. history? World history? Any particular era?

He didn’t have an answer. I asked him what he knew about history. He acknowledged that it wasn’t much. Thinking back on my student teaching, which included several weeks of trying to get seventh-graders interested in the War of 1812 (something I wasn’t much interested in at the time, and must confess that I have never gone back to study in detail), I asked him what he knew about that war. Nothing, he said. Which countries fought the war? He didn’t know.

I wasn’t surprised, because I routinely talk with students who have significant gaps in basic historical knowledge. He was neither ashamed nor angry at me for pushing him; he was struggling to create a new life and knew he needed help. We talked about the inadequate schooling that he had endured. He was struggling, honestly, to understand who he was now that football was over. He knew he had a tough year ahead.

We kept talking. He told me a bit about why he loved sports. I told him why I loved books. We didn’t dwell on the fact that he was a jock and I was the antithesis of a jock, or that our childhood experiences had been dramatically different. He was black and I was white, he had grown up in poverty and I had been a middle-class kid, and we talked about what that meant for each of us.

I talked to him about why I went into teaching, about my own development as an intellectual. If his playing days were over, he was going to have to find a new identity, pick up new habits, see the world in a new way. After an hour, he got up to leave. I told him I would be happy to talk more, if he wanted. He thanked me, and I thanked him. Then he looked at me and said something I will never forget.

“No one has ever talked to me this way before,” he said. I asked what he meant, afraid I had been too harsh and he had felt disrespected. Instead, he was grateful that I had spoken honestly, that I had assumed he was capable of the conversation. His experience with education up to then had been sadly predictable: Few had cared about his mind as long as his body was performing on the field.

I told him I had enjoyed talking with him, which was true. I told him I hoped to see him again, which I knew was unlikely, simply because most students — athletes or not — don’t come back after such a conversation.

After he left, I sat by myself for a long time, thinking about how toxic masculinity norms in a white-supremacist society defined by economic inequality had structured both our lives. All the abstractions about the hierarchy in gender, race, and class were palpably real at that moment; he and I were individuals, of course, but we had lived our individual lives within those categories that had so profoundly shaped our choices.

I don’t really hate football, which is just one of many children’s games. But I do hate most of the things adults do with football, the way the destructive hierarchical values in patriarchy, white supremacy, and a predatory corporate capitalism are woven into big-time college sports.

I hate what the reality of football does to ideals of a university.

I hate what Longhorn football does to the University of Texas.