Through the Gate in ’66 : Howling Wolf Au Go Go 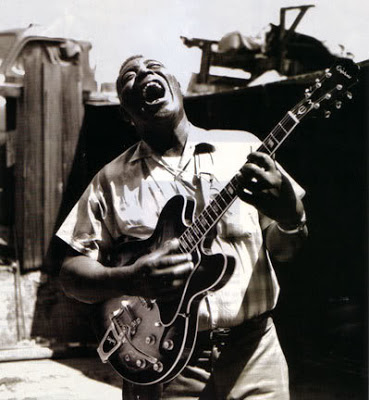 Chester Arthur Burnett, aka Howling Wolf.
When I was sixteen:
Hitting the Village with my grandfather

Wolf sang every song to the pretty hippie boy sitting directly in front of me, who turned out to be Davy Jones of the Monkees.

When I was sixteen I made a fateful trip to New York City to visit my grandfather, Jazz critic Rudi Blesh. Rudi lived off the Bowery and in the Village he was in his element.

Guiding me out into the New York night he brought me to this brightly lit venue on Bleecker Street. As we entered the dark nightclub and went to the table an amplified voice from a little booth quietly announced Rudi’s entrance. The pianist on stage (Erroll Garner?) quickly segued into a little bit of Trad Jazz (Memories of You?) and a little Ragtime bit. Perhaps even a spotlight might have found us at the table.

At any rate, I was mortified and on pretense of finding the men’s room I slipped out of the club. It was 1966 man, what did I need to be listening to Jazz for?

Coming on a little hole in the wall I realized it was the Night Owl, no longer a real cafe, just a poster shop. Still a teenage band was working out right at eye level. It was probably James Taylor, Danny Kortchmar and the original Flying Machine but it wasn’t the Lovin’ Spoonful so I got out of there with my $5 intact before they hit me for a charge.

Across the street down a flight of stairs was the Cafe au Go Go. The shill at the door was looking to fill some tables. “How much you got?” I told him $3 and he motioned to a second row table. The first act was the Siegal Schwall Blues Band. Having heard the Butterfield unit I wasn’t too impressed. Still they tried hard. The next guy who stumbled onto the platform was none other than Tim Hardin. This was important for me and I was floored, despite the fact that it was a short set and Tim didn’t really seem totally awake. 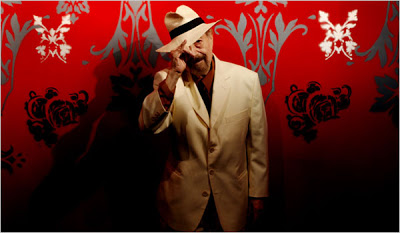 Art D’Lugoff at the Village Gate. Photo by Béatrice de Géa for The New York Times.
The next act took some time to set up on the main stage. What I got to see and hear next was none other than Howling Wolf with his band. The man sat in a chair with his microphone and harmonicas singing while his sharkskin suited accompianists played flawless electric Blues dancing side to side in lockstep behind him. Wolf sang every song to the pretty hippie boy sitting directly in front of me, who turned out to be Davy Jones of the Monkees.

There really are no words to describe this set for me. Pulling out of the club hours later and returning to the East 4th Street pad I had to smooth things over after ditching Rudi. Telling him I’d seen Howling Wolf didn’t hurt.

The man who’d announced Rudi’s entrance at the Village Gate was owner Art D’Lugoff. The club closed a few years ago (it’s now a CVS drugstore). Art himself passed away this week. He was eighty five years old.

2 Responses to Through the Gate in ’66 : Howling Wolf Au Go Go