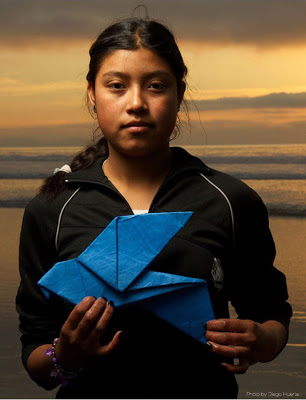 See Gallery of Images from 31K Portraits for Peace, Below.

“I saw on that ivory face the expression of somber pride, of ruthless power, of craven terror — of an intense and hopeless despair … He cried in a whisper at some image, at some vision, — he cried out twice, a cry that was no more than a breath — The horror! The horror!”

These were the last words of Kurtz, in Joseph Conrad’s Heart of Darkness. He may well be speaking of our world today instead of the Belgian Congo of Conrad’s time.

Kurtz was a promising young man with just connections enough to get a job as a station chief for a colonial Africa trading company. He became legendary for his profitable management of the most remote station on the Congo. But as his greed for ivory grew he devolved deeper into the primitive, the savage — deeper into the darkness. In his quest for wealth, he lost his humanity.

It seems much the same has happened today. Our leaders have become consumed with wealth and power. And the world they have made is filled with horror and images of horror. 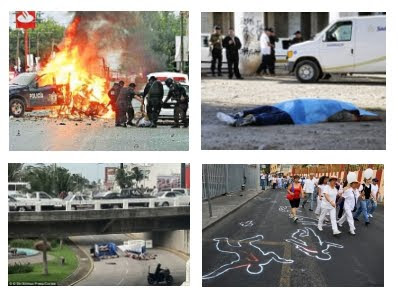 Every day in Mexico is another day drenched in blood. The cartels have expanded from turf battles to extortion and kidnapping. Daily the warring cartels leave the bodies of their tortured victims in the public streets and squares as a warning to their enemies.

But Mexico’s grief did not begin with the cartels. Going as far back as the 70s, before there were any drug cartels in Mexico, U.S. policy was wreaking havoc with the poor of Mexico. As part of U.S.-financed “Operation Condor,” the Mexican government sent 10,000 soldiers and police to a poverty-stricken region in northern Mexico plagued by drug production and leftist insurgency. Hundreds of peasants were arrested, tortured, and jailed, but not a single big drug trafficker was captured.

The direct ancestor to “Operation Condor” was the “Night and Fog” decree signed by Adolf Hitler on November 7, 1941. It provided for political prisoners to be arrested, held incommunicado, and removed to undisclosed locations for forced labor or to be tortured and killed.

In his Nuremberg trial, General Keital said of all the atrocities he was ordered to commit, this was the hardest to carry out. Hitler and his upper level staff made a critical decision not to have to conform to what they considered unnecessary rules. This same disregard for human rights was the expressed attitude of George W. Bush’s Attorney General, Alberto Gonzales. He felt the Geneva Convention rules were “quaint.” 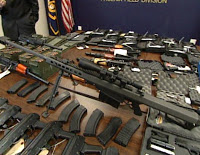 In recent years, some agencies of the U.S. government have gone dangerously rogue and persist in developing destructive plans, like “Fast and Furious,” without regard for consequences to the Mexican people. The thousands that are dying are paying the price for these ill-conceived and poorly executed operations.

PHOENIX (AP) — Two people accused of participating in a gun smuggling ring are expected to change their pleas in the federal government’s botched investigation known as “Operation Fast and Furious.” Jose Angel Polanco and Dejan Hercegovac are scheduled to change their pleas Monday in Phoenix. Authorities say the two were members of a ring that smuggled guns into Mexico for use by a drug cartel. Two rifles bought by another ring member were found in the aftermath of a 2010 shootout that mortally wounded a Border Patrol agent in southern Arizona.

Operation “Fast and Furious,” a scheme conceived by the ATF, was a debacle from the start. First, a plan to allow illegal arms into Mexico with no ability to track them, then a botched attempt to cover it up, has called into question the honesty of both the Homeland Security director, Janet Napolitano, and Attorney General Eric Holder.

Monterrey, one of the most prosperous cities in Mexico, has turned into Mexico’s most notoriously violent over the past two years. In 2010, the number of murders leapt to 828 across Nuevo Leon, up from 267 the previous year. The figure jumped once more in 2011, to a total of 2,003. The most infamous incident was the murder of 52 casino patrons in August 2010, the result of a fire set by the Zetas as punishment for an unpaid extortion fee. It was the most deadly single attack in recent Mexican history.

Mass graves have been found where the passengers of bus operators who did not pay the extortion to pass through their territory were murdered and buried. Children are being recruited from school campuses to serve as couriers, lookouts, and enforcers.

Politicians and journalists have long been targets of the cartels but they are moving into the transportation industries now as well. Taxi drivers are being assassinated for not paying extortion or, in the case of drivers recruited by a cartel, by rival gangs. And, the cartels are establishing bases in every major U.S. city along the border and further inland.

In the midst of this bloodbath, the Sixth Summit of the Americas was convened in Cartegena, Columbia. just last weekend.

Reuters, April 16– President Barack Obama patiently sat through diatribes, interruptions and even the occasional eye-ball roll at the weekend Summit of the Americas in an effort to win over Latin American leaders fed up with U.S. Policies. He failed.

The Sixth Summit of the Americas was to be a means of strengthening ties among the people of North, Central, and South America. There was much to celebrate. Brazil is emerging as an economic powerhouse. Relative peace is seen in Columbia after so many years of conflict. But the Summit was overshadowed by a fundamental disagreement over drug policy. The same drug policy that is responsible for so many deaths and ruined lives throughout the Americas.

CNN reported that Colombian President Juan Manuel Santos compared continuing the existing policies to address this issue to being on “a stationary bike” — making little progress, despite ample effort.

According to former Presidents Fernando Henrique Cardoso of Brazil, Ernesto Zedillo of Mexico and César Gaviria of Colombia, the United States-led drug war is pushing Latin America into a downward spiral; Mr. Cardoso said in a conference that “the available evidence indicates that the war on drugs is a failed war.” The panel of the Latin American Commission on Drugs and Democracy, headed by Cardoso, stated that the countries involved in this war should remove the “taboos” and re-examine the anti-drug programs.

Latin American governments have followed the advice of the U.S. to combat the drug war, but the policies had little effect. The commission made some recommendations to President Barack Obama to consider new policies, such as decriminalization of cannabis (marijuana) and to treat drug use as a public health problem and not as a security problem. The Council on Hemispheric Affairs states it is time to seriously consider drug decriminalization and legalization, a policy initiative that would be in direct opposition to the interests of criminal gangs. — Mexican Drug War, Wikipedia.

In the face of demands from the entire hemisphere for decriminalization to reduce the cartel violence, the U.S. stubbornly refuses to admit that the “War on Drugs” was misconceived, mismanaged, and lost years ago. Mexico is paying the biggest price today for this failed policy. The success of Columbia’s offensives against the cartels has moved these operations north to Mexico. Now the people of Mexico are living in a daily horror of violence, cruelty, and death.

But, no darkness is entirely without a spark of light. Diego Huerta, a professional photographer in Mexico, committed himself to do something about it. To counteract the thousands of images of the tortured and murdered he had a vision of thousands of images of ordinary Mexican citizens who took the time to stand for peace. To tie the portraits together visually he made an origami dove called “La Huesteca” and each of the people in the portraits is holding the dove of peace. 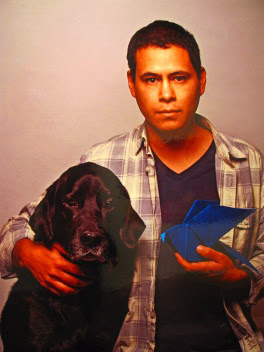 “Daily we read bad news and more deaths, another dramatic and horrific number on the paper and it seems that nothing else happens in Mexico. Yet, Mexico is such a lovely country with so many good qualities to talk about. We are convinced that the only way to defeat the bad effect that this has caused on Mexico is by taking action and stimulating positive acts on people. So, this is why we have considered art to do so.” — Diego Huerta, 31k Project

Diego’s portraits of the people of Mexico — done in collaboration with project partner Daniela Gutiérrez — are works of art and deserve to be seen for that reason alone. But they should also be seen for what they signify — people doing what they can do to stand up for peace.

Diego’s 31k Project was the 2012 Revolucionario Award Winner at SXSW Interactive. It is a recognition given to Hispanic artists and activists for the creative use of social media. Diego used hashtags, Facebook, Twitter, and a dedicated website to connect with people throughout Mexico and many U.S.and European cities. 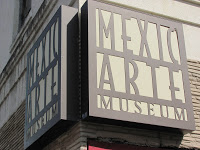 In Conrad’s Heart of Darkness Kurtz was overwhelmed by the visions of horror — the light came too late for him. But it’s not too late for you to make a statement, to do something, to add your own spark of light to the thousands of others — together we can brighten the darkness.

The Mexic-Arte Museum, designated as the “official Mexican and Mexican American Fine Art Museum of Texas” by the Texas state legislature, “is dedicated to enriching the community through education programs and exhibitions focusing on traditional and contemporary Mexican, Latino, and Latin American art and culture…”

There is an area at the museum to make your own origami dove and an Austin background for your portrait. Stop by, make a dove, take your photograph, and become a part of “31k Portraits for Peace.”

[William Michael Hanks has written, produced, and directed film and television productions for the National Aeronautics and Space Administration, the U. S. Information Agency, and for Public Broadcasting. His documentary film, The Apollo File, won a Gold Medal at the Festival of the Americas. Mike, who worked with the original Rag in Sixties Austin, lives in Nacagdoches, Texas. Read more articles by Mike Hanks on The Rag Blog.] 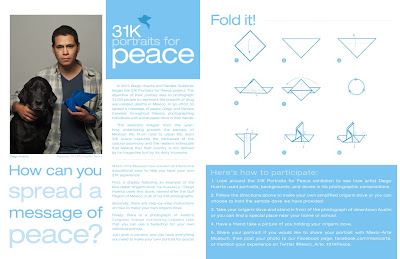 Fold it!: Spread the message of peace. 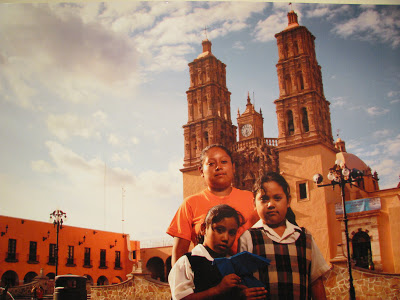 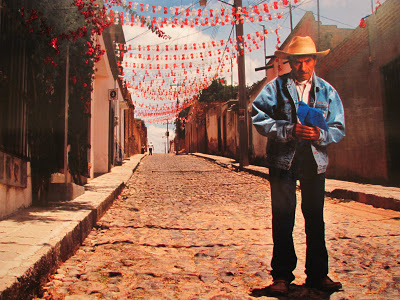 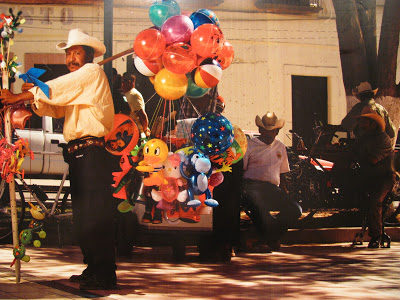 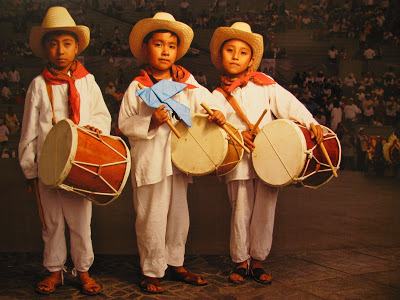 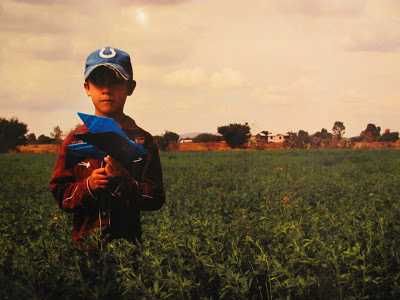 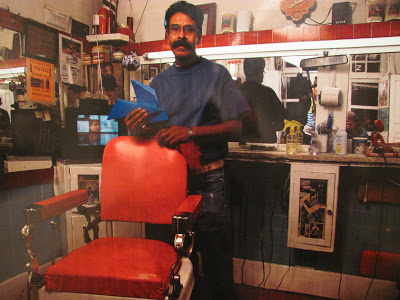 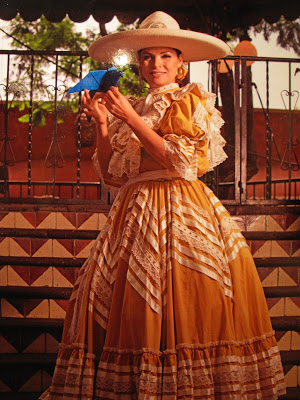 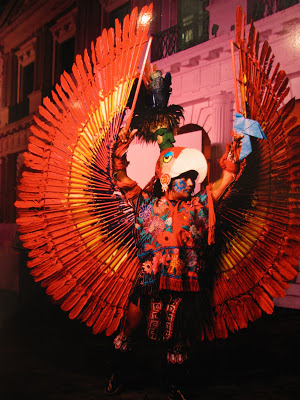 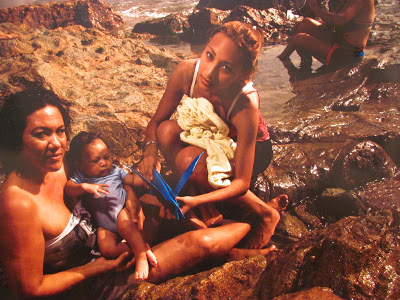 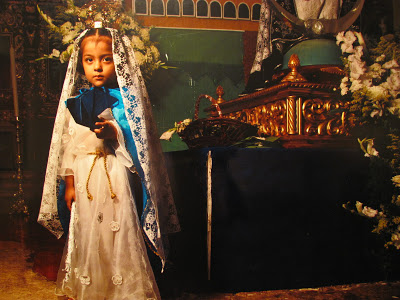