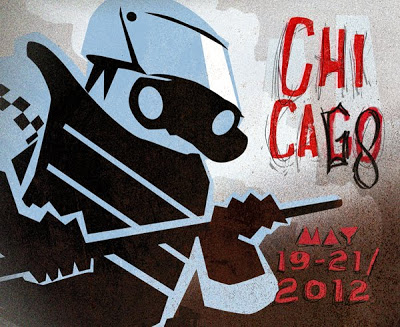 Graphic by Dave Wittekind / The Rag Blog.
UPDATE: In a major development, the G8 summit has been moved from Chicago to Camp David by President Obama, who apparently gave Chicago Mayor Rahm Emanuel only an hour’s advance notice of the move. The NATO gathering will still be held in Chicago.

There is speculation about a widening rift between Obama and Emanuel.

From the Chicago Tribune:

Mayor Rahm Emanuel today wouldn’t get into the particulars of why Chicago lost the G-8 summit in May, deferring to President Barack Obama.

The mayor was touting the importance of Chicago hosting the back-to-back G-8 and NATO gatherings of world leaders as late as Monday morning. Hours later, the Obama administration announced it was yanking the G-8 summit out of Chicago in favor of Camp David.

From the Chicago Sun-Times:

The mayor said he saw no slight or embarrassment for Chicago in President Barack Obama’s move. Emanuel, a former White House chief of staff, said he “takes at face value” Obama’s explanation that Camp David would be a more relaxed setting in which the world’s leaders could connect.

The Group of 8 Summit, a meeting of the governments of the world’s eight largest economies, was supposed to convene in Chicago this May. For months, Occupy Chicago, international anti-war groups, Anonymous, and hundreds of allies have publicly planned to shut it down.

Now, only two months before the meeting is scheduled to begin, U.S. President Barack Obama is moving the assembly of over 7,000 leaders from the world’s wealthiest governments to the Camp David presidential compound, located in rural Maryland near Washington, DC, one of the most secure facilities in the world. The Chicago Tribune reports that summit organizers are “stunned” by the news.

In an article distributed by Truthout, the Occupied Chicago Tribune said:

The prospect of such a response [from massive demonstrations], and the political context in which it will take place, was enough to force the Obama administration to reconsider bringing the G8 summit to the president’s hometown and the site of his re-election campaign headquarters.

According to the Uprising Radio website, demonstrations will still take place in Chicago:

Chicago activist Andy Thayer, who is working with a coalition of groups in preparation for the May summits told the Associated Press on Tuesday, “Guess what? The protests are going to happen anyway.” There is also a possibility that activists will follow the G8 to Maryland.

An open invitation:
Come to Chicago 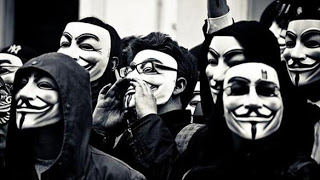 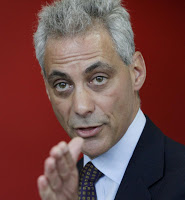 2 Responses to Bernardine Dohrn and Bill Ayers : Come to Chicago!