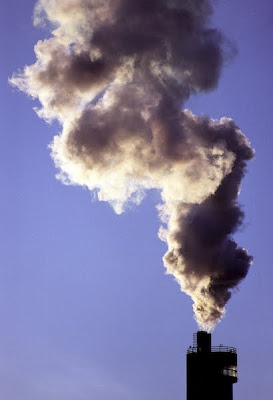 Most environmental groups and leaders supported the House effort… but were quite critical of the Obama Administration’s many concessions to greenhouse gas-producing industries that are responsible for the increase in global warming.

The Democrats may have possession of the White House and a substantial majority in Congress but — similar to their health care proposals — they are encountering considerable difficulties producing climate and energy legislation, another major goal of the Obama Administration.

The main problem is the adamant rejection by congressional Republicans of all major White House initiatives except for expanding the Afghan war, about which their enthusiasm is boundless. Even the few Republican Senators who last year expressed support for legislation to reverse global warming — such as Sen. John McCain, the GOP presidential candidate — seem to have drifted away.

Secondarily, right wing Democrats in Congress continue to successfully adulterate already moderate administration goals. Even after major concessions were made to coal mining, forestry, agricultural, electric utility and other business interests, some Democratic representatives ended up siding with the Republicans. The House Democrats enjoy a 256-178 majority, but the climate change bill — the American Clean Energy and Security Act — was passed June 29 by a close vote of 219-212. Four more Blue Dog defections and it would have lost.

In addition, while most environmental groups back the legislation despite justifiable reservations, a few groups — such as Friends of the Earth, Greenpeace, and Rainforest Acton Network — are sharply critical of the cap and trade provisions of the Democratic measure, while some progressives are balking at the huge giveaways to big business.

At the same time, a broad coalition of 63 organizations has been formed to fight for congressional passage of the administration’s environmental agenda. Known as Clean Energy Works, it is composed of environmental, labor, religious, social, political and community groups. Opposition to global warming will get a big boost Oct. 24, the International Day of Climate Action, when demonstrations will take place in the U.S. and over 100 other countries.

Commenting on the House bill, New York Times reporter John M. Broder termed it “the most ambitious energy and climate-change legislation ever introduced in Congress,” but pointed out that it was “fat with compromises, carve-outs, concessions and out-and-out gifts intended to win the votes of wavering lawmakers and the support of powerful industries.

“The deal making continued right up until the final minutes, with the bill’s co-author Rep. Henry A. Waxman, Democrat of California, doling out billions of dollars in promises on the House floor to secure the final votes needed for passage. The bill was freighted with hundreds of pages of special-interest favors, even as environmentalists lamented that its greenhouse-gas reduction targets had been whittled down….

“The biggest concessions went to utilities, which wanted assurances that they could continue to operate and build coal-burning power plants without shouldering new costs. The utilities received not only tens of billions of dollars worth of free pollution permits, but also billions for work on technology to capture carbon-dioxide emissions from coal combustion to help meet future pollution targets.”

A version of this bill is now before Senate committees. The Democrats prevail 60-40, but they evidently are further diluting the legislation in hopes of winning over their own conservative Blue Dogs, such as Sens. Mary Landrieu of Louisiana and Ben Nelson of Nebraska, among others.

Democratic Sens. Barbara Boxer of California and John Kerry of Massachusetts were to have introduced legislation they co-authored in early September, but it’s been put off a few weeks. It may take months to reach the Senate floor for a vote, thus missing an early December deadline for passage before the international global warming summit conference in Sweden.

Most environmental groups and leaders supported the House effort, which is also known as the Waxman-Markey bill, but were quite critical of the Obama Administration’s many concessions to greenhouse gas-producing industries that are responsible for the increase in global warming.

Typical was a comment by Angela Ledford, U.S. Climate Action Network: “We cannot blow this moment. But we shouldn’t think for a second our job is done once the bill is passed.” Said Joseph Romm of the Center for American Progress: “Waxman-Markey is the only game in town. Let’s work hard to improve it, but killing it would be an act of environmental suicide.”

Greenpeace USA’s Carroll Muffett said her organization opposed Waxman-Markey because it “sets emission reduction targets far lower than science demands, then undermines even those targets with massive offsets. The giveaways and preferences in the bill will actually spur a new generation of nuclear and coal-fired power plants to the detriment of real energy solutions.”

Michael Brune of Rainforest Action Network said, “Scientists state that an atmospheric concentration of 350 parts per million of CO2 is the upper limit for a stable climate; this bill aims for 450.” The 350 goal is the objective of the Oct. 24 climate change demonstrations.

Friends of the Earth, a network of grassroots groups in 77 countries, published a major report Sept. 10 critical of the cap and trade practice of carbon offsetting — a central feature of the House bill. The report explains how offsets work and concludes that they are a flawed approach to combating global warming.

Offsetting, says the environmental group, “allows U.S. polluters to send money overseas in exchange for promised — and often pretend — pollution reductions elsewhere.” Offsets are a centerpiece of the House legislation, and are expected to appear in the Senate proposal.

“It is suicide to base our future on offsets,” according Michael Despines, one of the authors of the report. “Offsets provide the illusion of taking action to stop global warming when in fact they often allow emissions to rise. People need to realize how dangerous offsets can be — they provide a false sense of security because they often do not deliver as promised.”

The offsets in the House bill, “could allow the United States to keep increasing emissions of heat-trapping gases until 2029, even though scientists say we need to reduce emissions now,” said Karen Orenstein, a climate finance campaigner at Friends of the Earth.

The 28-page report titled “A Dangerous Distraction” recommends that the U.S. establish ambitious climate pollution reduction targets that do not rely on offsets; urges policy makers to reject any plans for new or expanded offset schemes, and finally recommends that the U.S. support alternative financial mechanisms that will promote sustainable development in poor countries.

The formation of Clean Energy Works, the coalition supporting passage of the Obama Administration’s climate and energy legislation, was announced Sept. 8. Its objective is to get a law this year, but that may be unrealistic, particularly since the White House is putting most of its resources into obtaining approval for health care legislation. The coalition has sent organizers to 28 states — mostly in the South, West and Midwest — to drum up support for congressional passage of the environmental bills. The group will also advertise on radio, the Internet and TV.

“Millions of Americans want more clean energy jobs, less pollution, and greater national security. We send a billion dollars a day overseas to pay for our oil. It’s time to invest that money here — in secure, renewable energy sources that are made in America, provide jobs for Americans and work for America…. Public support for clean energy legislation is overwhelming. Unfortunately, an army of special interests are doing everything they can to block comprehensive energy reform. This campaign will mobilize the voices of those millions of Americans who want to put us back in control of our economy, our security, and the future of our planet.”

2 Responses to Climate Change Legislation : Too Hot to Handle?