Connecting the Dots : Theory and History 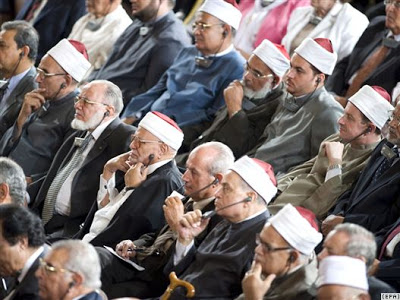 Audience members listen to a translation through headphones as President Barack Obama speaks at Cairo University on June 4, 2009. Photo from Radio Free Europe.
Connecting the Dots:
Developing a theoretical worldview

2 Responses to Connecting the Dots : Theory and History