Danny Schechter : Fascism, and the Past as Prologue 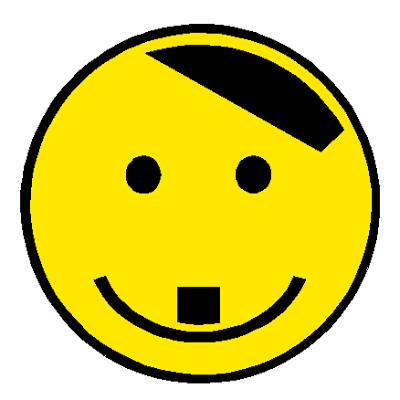 Image from The Silent Majority.
The past as prologue:
What would American fascism look like?

Fascism is one of those words that sounds like it belongs in the past, conjuring up, as it does, marching jack boots in the streets, charismatic demagogues like Italy’s Mussolini or Spain’s Franco, and armed crackdowns on dissent and freedom of expression.

It is a term we are used to reading in histories about World War II — not in news stories from present day America.

And yet the word, and the dark reality behind it, are creeping into popular contemporary usage.

Radical activists on the left have never been hesitant to label their opponents with this “F word” whenever governments support laws that limit opposition or overdo national security or abuse human rights. Government paranoia turns critics paranoid.

One example is writer Naomi Wolf, who forecast fascism creeping into America during the Bush years accelerated by the erosion of democracy:

It is my argument that, beneath our very noses, George Bush and his administration are using time-tested tactics to close down an open society. It is time for us to be willing to think the unthinkable — as the author and political journalist Joe Conason, has put it, that it can happen here.

Because Americans like me were born in freedom, we have a hard time even considering that it is possible for us to become as unfree — domestically — as many other nations. Because we no longer learn much about our rights or our system of government — the task of being aware of the constitution has been outsourced from citizens’ ownership to being the domain of professionals such as lawyers and professors — we scarcely recognize the checks and balances that the founders put in place, even as they are being systematically dismantled.

Because we don’t learn much about European history, the setting up of a department of “homeland” security — remember who else was keen on the word “homeland” — didn’t raise the alarm bells it might have.

Now, those bells are being rung by John Hall, an outgoing Democratic Congressman from upstate New York. His fear of fascism has less to do with repressive laws and militarism than the influx of corporate money into politics, swamping it with special interests that buy influence for right wing policies and politicians.

“I learned when I was in social studies class in school that corporate ownership or corporate control of government is called Fascism,” he told the New York Observer. “So that’s really the question — is that the destination if this court decision goes unchecked?”

The court decision he is referring to is Citizens United, the controversial Supreme Court ruling that led to greater corporate spending in the midterm elections, much of it anonymous. In the wake of the decision, Democrats tried to pass the DISCLOSE Act, which would have mandated that corporate donors identify themselves in their advertising, but the measure failed amid GOP opposition. Ads from groups with anonymous donors were particularly prone to misleading or false claims.

Hall said the influx of corporate money in the wake of Citizens United handed the House of Representatives to Republicans “Fascism should more appropriately be called Corporatism because it is a merger of State and corporate power.”

Many in mainstream politics understand that big money can dominate elections although they do not necessarily share Hall’s fears. In California, two well-known female candidates from the corporate world raised millions but still went down in defeat.

So money alone is not the be all and end all of a shift towards a red, white, and blue brand of fascism. Other ingredients are needed and some may be on the way — like an economic collapse, defeat in foreign wars, rise in domestic terrorism and the emergence of a right-wing populist movement that puts order before justice and wants to crush its opponents

Some argue we have just such a movement in the Tea Party although other critics focus on the rise of the Christian right that promotes fundamentalist politics in the name of God.

The Tea Party is not just after Democrats; it has started a campaign against the liberal Methodist Church. It is not internally democratic either with no elected officers or set of by-laws. It seems to be managed and manipulated by shadowy political operatives and PR firms, financed by a few billionaires who support populism to defang it.

Already militias are forming because of fears of immigration, and there is also concern that if unemployment remains high there is likely to be more violence with police forces understaffed because of government cutbacks. Gun sales went up after the recent violent incidents in Arizona.

The erosion of economic stability with the rise of foreclosures and the shredding of social services is already turning a financial crisis into a social one.

We already have a sharp partisan divide and inflation of hateful rhetoric with vicious put-downs of the President and condemnations by members of Congress calling him corrupt, even a traitor.

According to a set of the characteristics of fascist nations, there is “a disdain for the recognition of human rights.” Because of fear of enemies and the need for security, the people in fascist regimes are persuaded that human rights can be ignored in certain cases because of “need.” The people tend to look the other way or even approve of torture, summary executions, assassinations, long incarcerations of prisoners, etc.

“In place of human rights enemies are turned into scapegoats as a Unifying Cause — The people are rallied into a unifying patriotic frenzy over the need to eliminate a perceived common threat or foe: racial ethnic or religious minorities; liberals; communists; socialists, terrorists.”

This process is already far along in the USA.

Among the classical characteristics of fascism is a shutting down of debate and a focus on the state — which in our country is controlled by lobbyists and private interests. Wall Street and the military-industrial complex have far more clout than elected officials.

In the past, during the depression, there was a plot to overthrow Franklin Delano Roosevelt. It was exposed and neutered. Could something like that happen again?

Maybe it doesn’t have to, what with hawks already in control of Congress, major media outlets, the military, and poised to slash the power of unions and curb progressive social programs including public education.

Several writers believe that if and when fascism comes to America it will be packaged in a friendly form tied to benevolent advertising slogans and public interest messaging. It will be sold, 1984-style, as being unavoidable, even cool, and in our best interest.

Louisiana Senator Huey Long, a mesmerizing agitator, once said, “Fascism will come to America in the name of anti-fascism.”