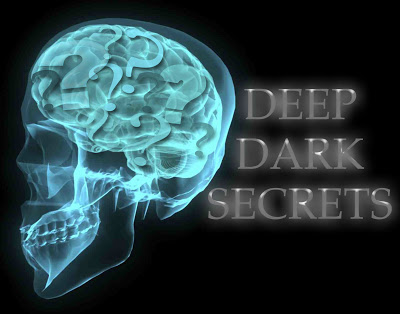 I had never seen anything as ghastly. His upper body was pasty white. From about his pelvis down, the flesh was a dark port color.

Shocking details in news reports today about motion picture actor David Carradine’s death in a Bangkok hotel room literally jolted my memory back to my days as a rookie police beat reporter in South Texas almost 45 years ago.

The police radio in the radio station’s rattletrap old news wagon broadcast one brief call, “All cars bay front area, possible suicide, Shoreside Motel.” I was just a couple of blocks away, and headed over to the motel. No sophisticated news crews and fancy live broadcasts in the mid 1960’s. And you had to be on a beat for a while and make good contacts or the cops wouldn’t even let you near a crime scene. But there were ways.

About the time I pulled into a side parking space, two sheriff’s cars and a city patrol car rolled into the back parking lot. They made a beeline toward an open first floor hallway end door. I just walked in with them. All focus was on a hysterical, weeping housekeeper, pushing the door open into a room.

We started to enter the room, then those in front halted abruptly. Magazines and trash were scattered around the small single room. A bottle of cheap Bourbon was on a table. The ones at the front could see the closet to the left of the door. “Damn, look at that, ” an old deputy grunted. The rest of us worked our way inside and then I saw the closet.

Its cloth curtain had been pulled to one side. A paunchy completely naked man, with a pillowcase pulled over his head, was leaning forward, hanging motionless from a rope tied to a closet clothes rod and then around the pillowcase and his neck. A vanity stool from the room was toppled over in front of his folded knees. “He’s been there quite a while,” one of the city cops observed, “All the blood’s drained down into his lower torso and legs.”

I had never seen anything as ghastly. His upper body was pasty white. From about his pelvis down, the flesh was a dark port color. The maid had found him and was in a state of shock mumbling that the victim was a merchant seaman. I was working hard to be professional, casual, but one of the deputies finally turned and spotted me. “What are you doing in here!” I told him I was with KEYS Radio and was there on the suicide call. “Well you back your butt out of here,” he ordered. I persisted, asking him if he had ever seen a strange suicide like this before. “This ain’t no suicide, and this ain’t no story. Now beat it. I ain’t telling you again.”

I had not been on the police beat very long, and with no more to go on than what I had seen, and having been stiffed by the deputy, I backed out of the parking lot feeling I didn’t have enough for a story. But I wondered that if what I saw wasn’t a suicide, then what kind of murder could it have been? A couple of months later, I learned it was neither.

The Carradine death is initially puzzling to everyone. He reportedly was shooting a new film, “Stretch” in Bangkok, and friends said the 72 year old actor was, “Working hard on the set, and we were liking what we were seeing.” News reports say Carradine hung around the hotel lobby Wednesday night, even playing the grand piano to the delight of those at the lobby bar. He reportedly had a shot of vodka, a cola, then told those at the bar he was going up to his room and have a “special whiskey.”

Police say he entered his room Wednesday night and was discovered around 11 A.M. the next morning by the maid who had come to clean the room. He was reportedly found nude in a closet of his hotel suite with a yellow nylon rope tied around his neck and a black rope around his genitals. The two ropes, according to the Associated Press, were tied together, and he died of asphyxiation. Suggestions that it was a suicide were strongly denied by his wife and his manager. The bartender told reporters that Carradine had made a reservation for a table for a party with friends for Thursday, the day he was found dead. Bizarre, puzzling. Police said there were no signs of forced entry into his room, which was neat and undisturbed. No immediate evidence of foul play.

The details David Carradine’s death jarred loose all the forgotten details of my once seeing a nude hooded dead man hanging from a rope in a motel closet. A man discovered by the maid who came to clean his room. Then other memories came racing back. I remembered being on the scene of a murder one evening months after the mystery motel hanging. The deputy who had run me off from the crime scene in the motel was there, and had warmed up to me after hearing my newscasts saying I, “just might be a fair to middling decent reporter.” It was a misty evening and after he gave me what information he had on the murder, I decided to ask him about the strange hanging in the motel, and if they ever solved that murder. As if he were talking to a police academy class he dispassionately explained what had happened to the man in the motel.

“Look, we see this regularly enough year after year. There are just some people who get sexually excited by letting themselves down slowly on a rope around their neck and as they are almost about to pass out they have an orgasm. Then they ease themselves back up and release the pressure on the neck.” He screwed his mouth to one side, then took a deep breath and continued as if he were teaching me his trade.

“The first thing we do is to check the underwear or hands to see if there is evidence of an ejaculation. The old guy in the motel had used the vanity stool to kneel on as he lowered himself down on the rope. Who knows why he had the pillowcase over his head, but what happened is that the stool fell forward and he was unable to get the pressure off the rope in time. Probably had been hitting the bottle pretty heavy.”

I asked if he knew why people do this and he shrugged, “These people aren’t trying to commit suicide, they sometimes just don’t release the pressure on their neck in time and die. No one would ever know about what they do otherwise. They accidentally strangle and then leave everyone all confused because nobody dreamed that their husband or son or father would be into anything like that. They want to insist it was murder or something, anything, else. We see all kinds of weird sex stuff out there.”

I was astounded, and felt unsteady on my feet. I really didn’t want to hear any more at that point. I now remember those thoughts racing and crisscrossing as I imagined the world this police officer lived in. The things he had seen, the sorry and secret underbelly of people that had become his world. I couldn’t even imagine what the longshoreman’s life had been like, and why his scary, strange sexual need led him to his eventual death. Several months later I got an offer from a local ABC TV affiliate and chasing ambulances and police calls was less intense.

Now comes today’s instant reporting on the Internet about David Carradine’s death with shocking details of his nude body, color of the ropes, where they were tied, and that he asphyxiated, all things that would not have been reported 45 years ago in South Texas. Details similar to the grisly ones I had long ago buried and forgotten.

The Associated Press is already reporting that Thailand’s Central Institute of Forensic Science, said the circumstances under which Carradine died suggest the 72-year-old actor may have been performing auto-erotic asphyxiation.

Carradine’s family wants to fight a finding of suicide as the cause of death and has asked the FBI to assist in the investigation. Gossip columnists are even suggesting Carradine’s connections to Scientology, though he was not a member, could be connected with his death.

Who knows for certain how or why David Carradine died? I certainly do not. Only being able to know and understand his deepest, darkest secrets could one perhaps know the hows and whys of his death.

The awakening of that memory from so long ago did make this old reporter finally do a little research on what the detective deputy told me all those years ago about the reason the longshoreman died.

It took a little time on Google to narrow the detective’s explanation down to a clinical term, asphyxiophilia. The research even notes that auto-erotic asphyxiation has been known since the 1600’s.

Once again, more information there than I ever wanted to know. Now I can only hope that the awakened grisly memories from all those years ago will again fade away deep back into my old gray cells.

This entry was posted in Rag Bloggers and tagged Journalists, Sexuality. Bookmark the permalink.

4 Responses to David Carradine’s Death, and Bizarre Memories from a Reporter’s Early Years