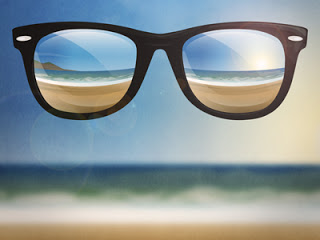 “California Dreaming.” Art by Tom Horner / Dribble. Inset image below from San Francisco Sentinal.
A view from California:
Which way the wind blows

Obama’s reelection is only the beginning. The hard work of transforming the nation lies ahead

SANTA ROSA, California — Watching national politics from the coast of California, where I live, and where nearly everyone votes for Democrats, feels weird. It felt especially weird on the evening of Election Day as I waited and watched to hear whether Obama would be reelected or Romney would waltz into the White House along with Paul Ryan and Karl Rove.

Whomever Californians chose for president didn’t seem to matter at all. It was all decided before the vote was counted in my own state, and almost all of the attention was focused on what the media calls “swing states.”

As it turned out, Obama won the swing states, including Ohio. He lost the South big, lost the heartland — from North Dakota to Texas — and lost the white male vote over the age of 50. But he won the rest: the urban vote, the black vote, the Latino vote, and the vote of the 47% that Romney abused in a campaign speech that came back to bite him big time.

It seems clear that the future of American politics belongs to the Democratic Party, which is now clearly the party of youth, Latinos, women, and the working class. (Hey and a few liberal millionaires, too.)

It’s also the party of students with loans, families who love Obamacare, same sex couples, both married and unmarried, and marijuana smokers who voted to legalize weed in Colorado and Washington.

If the Obama victory signals anything it signals the continuing wave of the cultural revolution that began in the 1960s, spread in the 1970s, took a beating under Reagan in the 1980s, and again with Bush I and Bush II, and that came back strong in 2008.

Obama’s reelection in 2012 is a victory for grassroots democracy of the kind that appeared in the streets and in the parks of Chicago in 1968 during the Democratic National Convention and that literally took a beating from Mayor Daley’s police. That old Democratic Party is gone.

The Occupy Wall Street Movement played a crucial role in the reelection of Obama because it made Americans aware of social, economic, and political inequalities and injustices. It helped us to see that Romney belonged to the party of the 1%, the party that would like to cut social security, go back to the greed feed of the Bush years, and let citizens fend for themselves without government help in the wake of unemployment, storms such as Sandy, and human-made disasters, too.

Watching it all unfold from California felt pretty good on Election Day. We may not tip the scales, or count in the political balance of things, but we know how to vote, whom to vote for, and we don’t swing back and forth. We want Obamacare; we want legal weed; we want same sex marriages to be lawful; we want the government to help the poor, the needy, the homeless and the hungry, just as Roosevelt’s government helped Americans in the Depression of the 1930s.

In fact, Californians voted for Governor Jerry Brown’s measure to increase the state sales tax and to levy higher taxes on people making over $250,000 a year. The funds are earmarked for education where they’re definitely needed.

Obama’s reelection is only the beginning. The hard work of transforming the nation lies ahead. We’ve got to stop war, stop Wall Street greed, stop corporations from funding politicians, stop old conservative white men from bullying and beating up their own sons and daughters, nephews and nieces.

Hey, there’s as much of a generation gap now as there was in 1968, though today it’s clearer which way the winds are blowing, and clearer, too, that history is on the side of youth and change, not on the side of the Mitt Romney’s and the Karl Rove’s of the world.

[Jonah Raskin is the author of American Scream, The Radical Jack London and Rock ‘n’ Roll Women and a frequent contributor to The Rag Blog. Read more articles by Jonah Raskin on The Rag Blog.]